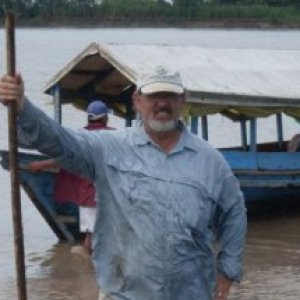 
Professor Mazeroll focuses on the behavioral ecology of fishes Biodiversity on the brink? Is there any stopping the damage to the Pervuian Amazon? 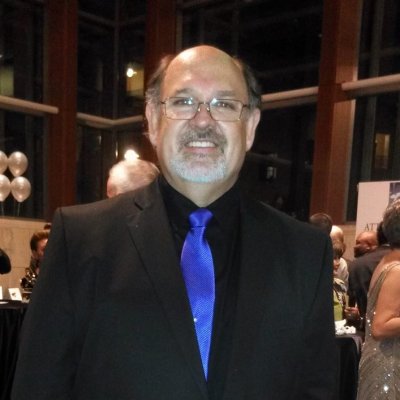 I grew up in the Southern California desert (Imperial, CA); the son of a school teacher and a housewife. My parents taught me early on the value of an education and the importance of different cultures. Both my parents were first generation Americans. My fraternal grandparents were French Canadian and my mother's father was from India and her mother from Mexico. Thus I was surrounded by 4 different cultures: French, East-Indian, Mexican and American. From a young age I wanted to study "the ocean"; more specifically fish. Most children go through a phase of being intrigued by the ocean. I just never grew out of it. I primarily study fish ecology of fishes in the Red Sea (Egypt, Israel, and Jordan) but am now population genetics of fishes from the Peruvian Amazon.

My wife and I have twin daughters and 4 wonderful grandchildren.

Human Impact on the Environment

Who’s Who Among America’s Teachers (professional)

University of California, Santa Barbara: B. A.

The density and biomass of mesozooplankton and ichthyoplankton in the Negro and the Amazon Rivers during the rainy season: the ecological importance of the confluence boundary

2017 The boundary zone between two different hydrological regimes is often a biologically enriched environment with distinct planktonic communities. In the center of the Amazon River basin, muddy white water of the Amazon River meets with black water of the Negro River, creating a conspicuous visible boundary spanning over 10 km along the Amazon River. Here, we tested the hypothesis that the confluence boundary between the white and black water rivers concentrates prey and is used as a feeding habitat for consumers by investigating the density, biomass and distribution of mesozooplankton and ichthyoplankton communities across the two rivers during the rainy season. Our results show that mean mesozooplankton density (2,730 inds. m-3) and biomass (4.8 mg m-3) were higher in the black-water river compared to the white-water river (959 inds. m-3; 2.4 mg m-3); however an exceptionally high mesozooplankton density was not observed in the confluence boundary. Nonetheless we found the highest density of ichthyoplankton in the confluence boundary (9.7 inds. m-3), being up to 9-fold higher than in adjacent rivers. The confluence between white and black waters is sandwiched by both environments with low (white water) and high (black water) zooplankton concentrations and by both environments with low (white water) and high (black water) predation pressures for fish larvae, and may function as a boundary layer that offers benefits of both high prey concentrations and low predation risk. This forms a plausible explanation for the high density of ichthyoplankton in the confluence zone of black and white water rivers.

2006 Spawning aggregations in coral-reef fishes have been hypothesized to confer any one of several mutually non-exclusive benefits, largely expected to serve the interests of both sexes simultaneously. Here we provide indication that in the brown surgeonfish, Acanthurus nigrofuscus, spawning aggregations may confer a sex-specific benefit. Following tagged individuals en-route to their daily spawning-aggregation site we found that while migrating groups (≤20 fish) consist of both males and females, females tend to occupy the lead position more often than expected by chance. In addition, we found evidence that female A. nigrofuscus divide their daily egg-stock among several spawning bouts within the aggregations. We propose that female leadership en-route to spawning aggregations, together with the potential benefits of multiple female mating, are consistent with a sex-specific benefit to spawning aggregations.

Daily migrations of a coral reef fish in the Red Sea (Gulf of Aqaba, Israel): Initiation and orientation

1998 Brown surgeonfish (Acanthurus nigrofuscus) in the Red Sea near Eilat, Israel, undergo daily migrations of up to 1.5 km to feeding sites throughout the year and to spawning sites during June through August. We investigated, by observation and experimentation, the cues that initiate migrations to spawning and feeding sites. We also examined the possible roles that odors, the sun, electromagnetic detection, and landmarks have in determining the routes fish take to the various sites...

Does mass spawning enhance fertilization in coral reef fish? A case study of the brown surgeonfish

1995 In the northern Red Sea (Gulf of Aqaba, Israel), brown surgeonfish (Acanthuridae: Acanthurus nigrofuscus) migrate, in small groups, up to 1.5 km each day from nocturnal shelters to feeding sites in the morning, and from feeding sites back to shelters in the late afternoon. During the summer spawning season, groups of these fish undertake an additional migration of up to 1 km to and from sites of mass-spawning aggregations. The total number of fish migrating to the Laromme feeding site was relatively stable (X̄ = 1018) throughout the study period (1988–1990).