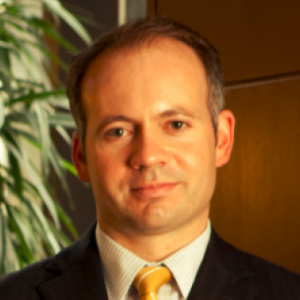 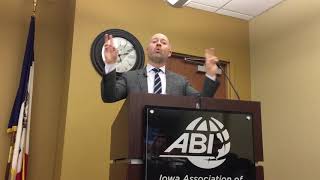 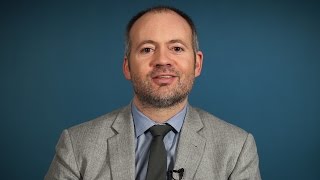 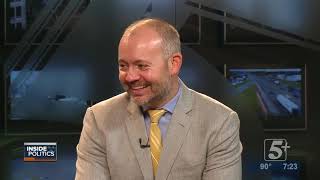 Brian Fitzpatrick's research at Vanderbilt focuses on class action litigation, federal courts, judicial selection and constitutional law. Professor Fitzpatrick joined Vanderbilt's law faculty in 2007 after serving as the John M. Olin Fellow at New York University School of Law. He graduated first in his class from Harvard Law School and went on to clerk for Judge Diarmuid O'Scannlain on the U.S. Court of Appeals for the Ninth Circuit and Justice Antonin Scalia on the U.S. Supreme Court. After his clerkships, Professor Fitzpatrick practiced commercial and appellate litigation for several years at Sidley Austin in Washington, D.C., and served as Special Counsel for Supreme Court Nominations to U.S. Senator John Cornyn. Before earning his law degree, Professor Fitzpatrick graduated summa cum laude with a bachelor's of science in chemical engineering from the University of Notre Dame. He has received the Hall-Hartman Outstanding Professor Award, which recognizes excellence in classroom teaching, for his Civil Procedure course.

“I think the lawsuit has almost no chance of success,” Vanderbilt University law professor Brian Fitzpatrick told CNBC in a phone interview. The tech platforms are private entities, not government institutions, and therefore the plaintiffs’ claims about constitutional violations do not hold up, Fitzpatrick said.

As Tesla Solar Roof customers file another lawsuit, California is set to decide whether to combine them into a single class-action complaint

That order was to be expected, since the cases were similar, said Brian Fitzpatrick, a professor at Vanderbilt Law School and author of "The Conservative Case for Class Actions." Otherwise, he added, "multiple judges could end up reinventing wheels in similar cases."

Barrett’s Record: A Conservative Who Would Push the Supreme Court to the Right

“There may be fewer surprises from someone like her than there were from Justice Scalia,” said Brian T. Fitzpatrick, a former law clerk to the justice and a law professor at Vanderbilt University. “She is sympathetic to Justice Scalia’s methods, but I don’t get the sense that she is going to be a philosophical leader on how those methods should be executed.”

She was a professor at Notre Dame and I’m sure some of her ideas have been shaped and influenced by her students: Prof. of Law on SCOTUS nominee

Brian Fitzpatrick, Vanderbilt University Professor of Law, joins The First Trade panel to discuss the latest with the SCOTUS hearings.

The court could reconsider the landmark 1973 ruling. In recent years, anti-abortion legislators have passed dozens of abortion bans as potential “litigation vehicles” for overturning Roe, said Brian Fitzpatrick, a law professor at Vanderbilt Law School, who focuses on judicial selection and constitutional law. “There is an appetite for testing out whether the Supreme Court might overrule Roe v. Wade.”

“I think it’s very unusual to make it so explicit that this decision had nothing to do with the judge’s predispositions,” said Brian Fitzpatrick, a Vanderbilt University law professor. “That is something that normally should go without saying.” But as Fitzpatrick noted, those who sift and weigh a judge’s decisions often overlook the fact that judges must act within the tight confines of law and jurisprudence and “don’t have unfettered discretion like politicians think they do.”

Supreme Court could tip its hand on Roe v. Wade as soon as Tuesday by taking Indiana abortion case

“You have three pretty solid votes to uphold most of this, one very likely vote, Kavanaugh, and the chief justice, [but] he could be peeled off now and again,” said Brian Fitzpatrick, a former clerk to Justice Antonin Scalia who teaches law at Vanderbilt University. “I would put my wagers on upholding most of these laws.”

Brian Fitzpatrick, a Vanderbilt Law School professor and former aide to Sen. John Cornyn, R-Texas, said there are many “women, moderate women who are going to be scared that this right that they thought they had for the last 40-some years is going to be shelved” and they will be motivated to vote.

Brian Fitzpatrick, a Vanderbilt University law professor, shares some of Senatore’s concerns. Law firms working with state attorneys general create potential conflicts of interest, he says, including the risk of AGs being influenced by campaign contributions. The worries may not be unfounded; Edelson’s firm has made a number of $10,000 donations in Illinois, including to the state’s current attorney general. Edelson responds that his firm backs politicians who “care about the same issues we do.” Fitzpatrick says forced arbitration is the greater harm because it deprives consumers of the right to sue and shields companies from accountability.

2018 "The American civil discovery regime is what is known as producer-pays: one side requests information and the other side has to pay whatever it costs to produce it. The 2015 amendments to the Federal Rules of Civil Procedure have not changed this much and are not likely to in the future."

Can and Should the New Third-Party Litigation Financing Come to Class Actions?

2018 "In the United States, there has been tremendous growth in a form of third-party litigation financing where investors buy pieces of lawsuits from plaintiffs. Many scholars believe that this new financing helps to balance the risk tolerance of plaintiffs and defendants and thereby facilitates the resolution of litigation in a way that more closely tracks the goals of the substantive law."