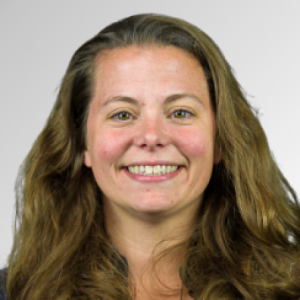 
Professor Flammang specializes in functional morphology, biomechanics, and bioinspired technology of fishes, including sharks and remora. 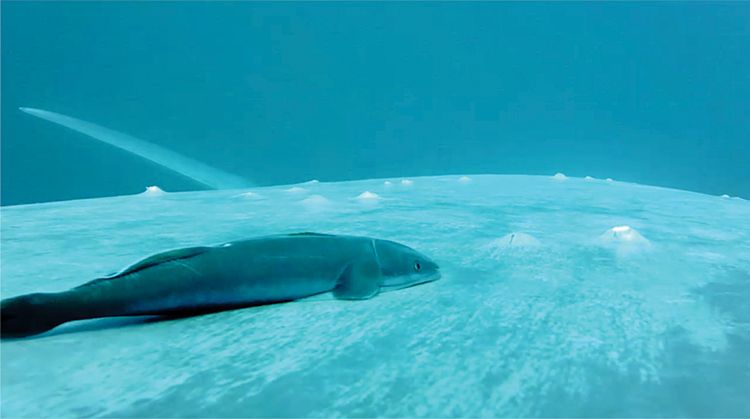 Sharks, remoras, cavefish: how they move 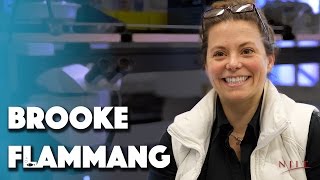 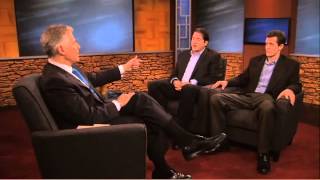 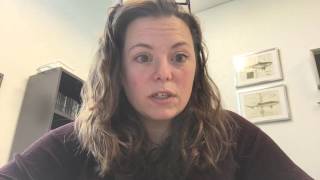 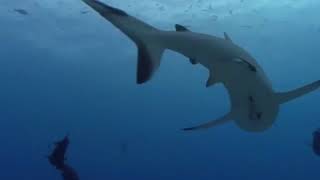 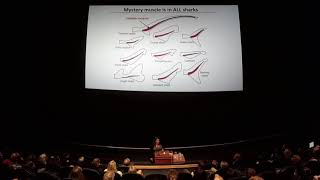 Flammang leads the Fluid Locomotion Laboratory where her team integrates comparative anatomy and physiology, biomechanics, fluid dynamics and biologically inspired robotic devices to investigate ways in which organisms interact with their environment and drive the evolutionary selection of morphology and function.

Over the course of her research career, Flammang has published more than 30 peer-reviewed papers that span fields of biomechanics, bioinspired robotics, comparative anatomy and physiology, and hydrodynamics.

Flammang was featured in Bioinspiration & Biomimetics for her team’s study showcasing the novel design of a biologically inspired adhesive device capable of replicating the suction ability of remora fish.

Since her arrival at NJIT in 2014, Flammang has received multiple fellowships and awards, including the 2017 Carl Gans Award by the Society for Integrative and Comparative Biology for distinguished contributions to the field of comparative biomechanics. She has been awarded numerous research grants including a current $997,510 National Science Foundation Understanding Rules of Life grant to launch the first evolutionary study of the unique pelvic structure and walking mechanics of blind cavefish (Cryptotora thamicola), and use bioinspired robotics to understand the physics underlying the evolution of terrestrial locomotion.

Her work has been profiled by major news outlets including The New York Times, The Washington Post, Wired, BBC Radio 5, Discovery Channel, and National Geographic Wild. She was named one of the "best shark scientists to follow" by Scientific American in 2014.

The Carl Gans award, Society for Integrative and Comparative Biology

In this episode of When Sharks Attack, Professor Brooke Flammang discusses the locomotion of sharks in both salt and fresh water in a quest to identify shark attacks in New Jersey.

You're the Expert  radio

September 2018 Dr. Brooke Flammang studies sharks and the fish that stick onto them. She discovered a previously undiscovered muscle in shark tails, builds autonomous underwater robots, and fires off lasers in her lab. She's incredible and she teaches panelists Dillon Stevenson, Maeve Higgins, and Emmy Blotnick all about her work. Hosted by Chris Duffy. Produced by Pretty Good Friends.

Researchers Find Fish That Walks the Way Land Vertebrates Do

Last year, Apinun Suvarnaraksha, an ichthyologist from Maejo University in Thailand and Daphne Soares, a biologist at the New Jersey Institute of Technology observed the fish on an expedition to those caves and took a video. When Soares shared the images with her NJIT colleague Brooke Flammang, a biomechanics researcher, she was stunned. “I was like, ‘Fish can’t do that,’” Flammang tells Diane Kelly at Wired. “That’s ridiculous.”

Scientists Discover The Secret to a Cavefish's Weird, Waddling Walk

“Check out this cool fish I saw!” she said, pulling up a video. Brooke Flammang had never seen anything like the cave fish in Soares’ footage. It was pink. It was eyeless. It had huge fins that looked like two pairs of wings. And it was walking.

Here’s a Fish With a Pelvis That Walks Up Walls

This fish didn’t get the memo. While its fellow aquatic friends swim through the water, this creature’s evolved skeletal features that allow it to walk like a salamander, clambering over slick rocks as waterfalls crash down on top of it.

Researchers have long studied animals like tree frogs, geckos, and spiders for their adhesive abilities, but what makes remoras unique in this group is they combine three key elements: the ability to securely fasten themselves for long periods of time; attach to different types of surfaces; release quickly without harming the surface.

One clear example of a Rule of Life is evolutionary convergence, the occurrence of the same or extremely similar adaptations in independent lineages of species on the Tree of Life. The recent discovery of a blind cavefish that walks and climbs waterfalls with a salamander-like gait and has evolved a robust pelvic girdle (a kind of hip) offers an extraordinary opportunity to study, in living fishes, a pivotal event in evolutionary history. That event, the vertebrate invasion of land, hinged on the evolution of fins to limbs that enabled the first vertebrates to walk on land. The fossil record of this transition is scarce, and extant fishes were thought to lack the morphological features necessary for studying the origin of quadrupedal walking. This research will provide a unique opportunity to understand, through phylogenetic analysis and mathematical and robotic modeling, the mechanism underlying a major event in the history of life: how fishes were able to transition to a terrestrial lifestyle and evolve into the tetrapods. The broader impacts of this project will promote teaching, training, and learning for high school students in diverse and underprivileged communities. The project will also provide opportunities for graduate and undergraduate research training and make important contributions to public science education. This project was co-funded by the Biology Directorate and the Physics of Living Systems Program in the Physics Division...

Knowing when to stick: touch receptors found in the remora adhesive disc

Remoras are a family of fishes that can attach to other swimming organisms via an adhesive disc evolved from dorsal fin elements. However, the factors driving the evolution of remora disc morphology are poorly understood. It is not possible to link selective pressure for attachment to a specific host surface because all known hosts evolved before remoras themselves. Fortunately, the fundamental physics of suction and friction are mechanically conserved. Therefore, a morphologically relevant bioinspired model can be used to examine performance of hypothetical evolutionary intermediates...

Flexibility of Heterocercal Tails: What Can the Functional Morphology of Shark Tails Tell Us about Ichthyosaur Swimming?

The similarities between ichthyosaurs and sharks are a text-book example of convergence, and similarities in tail morphology have led many to theorize that they had similar swimming styles. The variation of ichthyosaur tail shapes is encompassed within the diversity of shark families. In particular early ichthyosaurs have asymmetrical tails like the heterocercal tails of carcharhinid sharks, while later occurring ichthyosaurs have lunate tails similar to those of lamnid sharks...

2016 Fishes have adapted a number of different behaviors to move out of the water, but none have been described as being able to walk on land with a tetrapod-like gait. Here we show that the blind cavefish Cryptotora thamicola walks and climbs waterfalls with a salamander-like diagonal-couplets lateral sequence gait and has evolved a robust pelvic girdle that shares morphological features associated with terrestrial vertebrates.

2016 Most teleost fishes, like the bluegill sunfish Lepomis macrochirus, have multiple flexible fins that are used as modifiable control surfaces. This helps to make fish highly maneuverable, permitting behaviors like reversing direction of motion and swimming backwards without having to rotate body position. To answer the question of how fish swim backwards we used high–speed videography and electromyography to determine the kinematics and muscle activity necessary to produce reverse-direction propulsion in four bluegill sunfish.

2015 The remora fishes are capable of adhering to a wide variety of natural and artificial marine substrates using a dorsal suction pad. The pad is made of serial parallel pectinated lamellae which are homologous to the dorsal fin elements of other fishes. Small tooth-like projections of mineralized tissue from the dorsal pad lamella, known as spinules, are thought to increase the remora's resistance to slippage and thereby enhance friction to maintain attachment to a moving host. In this work, the geometry of the spinules and host topology as determined by micro-computed tomography and confocal microscope data, respectively, are combined in a friction model to estimate the spinule contribution to shear resistance. Model results are validated with natural and artificially created spinules and compared to previous remora pull-off experiments. It was found that spinule geometry plays a critical role in friction enhancement especially at short spatial wavelengths in the host surface, and that spinule tip geometry is not correlated with lamellar position. Furthermore, comparisons with pull-off experiments suggest that spinules are primarily responsible for friction enhancement on rough host topologies such as shark skin.

Functional morphology of the fin rays of teleost fishes

2013 Ray‐finned fishes are notable for having flexible fins that allow for the control of fluid forces. A number of studies have addressed the muscular control, kinematics, and hydrodynamics of flexible fins, but little work has investigated just how flexible ray‐finned fish fin rays are, and how flexibility affects their response to environmental perturbations. Analysis of pectoral fin rays of bluegill sunfish showed that the more proximal portion of the fin ray is unsegmented while the distal 60% of the fin ray is segmented. We examined the range of motion and curvatures of the pectoral fin rays of bluegill sunfish during steady swimming, turning maneuvers, and hovering behaviors and during a vortex perturbation impacting the fin during the fin beat. Under normal swimming conditions, curvatures did not exceed 0.029 mm−1 in the proximal, unsegmented portion of the fin ray and 0.065 mm−1 in the distal, segmented portion of the fin ray. When perturbed by a vortex jet traveling at approximately 1 ms−1 (67 ± 2.3 mN s.e. of force at impact), the fin ray underwent a maximum curvature of 9.38 mm−1. Buckling of the fin ray was constrained to the area of impact and did not disrupt the motion of the pectoral fin during swimming. Flexural stiffness of the fin ray was calculated to be 565 × 10−6 Nm2. In computational fluid dynamic simulations of the fin‐vortex interaction, very flexible fin rays showed a combination of attraction and repulsion to impacting vortex dipoles. Due to their small bending rigidity (or flexural stiffness), impacting vortices transferred little force to the fin ray. Conversely, stiffer fin rays experienced rapid small‐amplitude oscillations from vortex impacts, with large impact forces all along the length of the fin ray. Segmentation is a key design feature of ray‐finned fish fin rays, and may serve as a means of making a flexible fin ray out of a rigid material (bone). This flexibility may offer intrinsic damping of environmental fluid perturbations encountered by swimming fish.

2012 We designed a robotic fish caudal fin with six individually moveable fin rays based on the tail of the bluegill sunfish, Lepomis macrochirus. Previous fish robotic tail designs have loosely resembled the caudal fin of fishes, but have not incorporated key biomechanical components such as fin rays that can be controlled to generate complex tail conformations and motion programs similar to those seen in the locomotor repertoire of live fishes. We used this robotic caudal fin to test for the effects of fin ray stiffness, frequency and motion program on the generation of thrust and lift forces. Five different sets of fin rays were constructed to be from 150 to 2000 times the stiffness of biological fin rays, appropriately scaled for the robotic caudal fin, which had linear dimensions approximately four times larger than those of adult bluegill sunfish. Five caudal fin motion programs were identified as kinematic features of swimming behaviors in live bluegill sunfish, and were used to program the kinematic repertoire: flat movement of the entire fin, cupping of the fin, W-shaped fin motion, fin undulation and rolling movements. The robotic fin was flapped at frequencies ranging from 0.5 to 2.4 Hz. All fin motions produced force in the thrust direction, and the cupping motion produced the most thrust in almost all cases. Only the undulatory motion produced lift force of similar magnitude to the thrust force. More compliant fin rays produced lower peak magnitude forces than the stiffer fin rays at the same frequency. Thrust and lift forces increased with increasing flapping frequency; thrust was maximized by the 500× stiffness fin rays and lift was maximized by the 1000× stiffness fin rays.