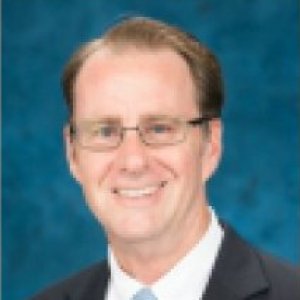 
Professor Penprase is Dean of Faculty and Professor of Science. 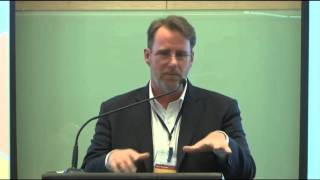 Dr. Penprase received both a BS in Physics and an MS in Applied Physics from Stanford University and a PhD from the University of Chicago in Astronomy and Astrophysics. Dr. Penprase served as an American Council on Education (ACE) Fellow at Yale University, where he was one of the authors of the blueprint for the Yale-NUS College Curriculum and was the founding Director for the Centre for Teaching and Learning.

Dr. Penprase is the author of “The Power of Stars – How Celestial Observations Have Shaped Civilization,” published by Springer, Inc., and has authored or co-authored over 50 peer-reviewed articles, in the Astrophysical Journal, Astronomical Journal, and in Nature and Science. He has served on numerous NSF and NASA review panels, including the Hubble Space Telescope Time Allocation Committee and the NASA/Keck Time Allocation Committee. His most recent research program is a collaboration with Caltech to develop the Zwicky Transient Facility (ZTF) and a Global Relay of Observatories known as GROWTH for studying gamma ray bursts, new supernovae, and the electromagnetic counterparts of gravitational wave sources.

Dr. Penprase is finishing a book entitled "The New Age of STEM Teaching and Learning," which is under contract with Stylus Publishing, and which should appear in 2018.

GROWTH - The Global Relay of Observatories for Watching Transients Happen

Principal Investigator 2001 Enabled development of webbased curriculum in astrophysics simulations, upgrade of planetarium and observatory facilities, and implementing of new technologies in astronomy education such as an n-body “supercomputer” for simulations

2013 Abstract: High-dispersion observations of the Na I D λλ5890, 5896 and K I λλ7665, 7699 interstellar lines, and the diffuse interstellar band at 5780 Å in the spectra of 32 Type Ia supernovae are used as an independent means of probing dust extinction. We show that the dust extinction of the objects where the diffuse interstellar band at 5780 Å is detected is consistent with the visual extinction derived from the supernova colors. This strongly suggests that the dust producing the extinction is predominantly located in the interstellar medium of the host galaxies and not in circumstellar material associated with the progenitor system. One quarter of the supernovae display anomalously large Na I column densities in comparison to the amount of dust extinction derived from their colors. Remarkably, all of the cases of unusually strong Na I D absorption correspond to "Blueshifted" profiles in the classification scheme of Sternberg et al. This coincidence suggests that outflowing circumstellar gas is responsible for at least some of the cases of anomalously large Na I column densities. Two supernovae with unusually strong Na I D absorption showed essentially normal K I column densities for the dust extinction implied by their colors, but this does not appear to be a universal characteristic. Overall, we find the most accurate predictor of individual supernova extinction to be the equivalent width of the diffuse interstellar band at 5780 Å, and provide an empirical relation for its use. Finally, we identify ways of producing significant enhancements of the Na abundance of circumstellar material in both the single-degenerate and double-degenerate scenarios for the progenitor system.

2011 Abstract: Type Ia supernovae are key tools for measuring distances on a cosmic scale. They are generally thought to be the thermonuclear explosion of an accreting white dwarf in a close binary system. The nature of the mass donor is still uncertain. In the single-degenerate model it is a main-sequence star or an evolved star, whereas in the double-degenerate model it is another white dwarf. We show that the velocity structure of absorbing material along the line of sight to 35 type Ia supernovae tends to be blueshifted. These structures are likely signatures of gas outflows from the supernova progenitor systems. Thus, many type Ia supernovae in nearby spiral galaxies may originate in single-degenerate systems.

2011 Examining the albedo distribution of the near-Earth object (NEO) population allows for a better understanding of the relationship between absolute (H) magnitude and size, which impacts calculations of the size frequency distribution and impact hazards. Examining NEO albedos also sheds light on the differences between the NEO and Main Belt populations. We combine albedo results from the ExploreNEOs Warm Spitzer Exploration Science program with taxonomic classifications from the literature, publicly available data sets, and new observations from our concurrent spectral survey to derive the average albedos for C-, D-, Q-, S-, V-, and X-complex NEOs. Using a sample size of 118 NEOs, we calculate average albedos of 0.29+0.05 –0.04, 0.26+0.04 –0.03, and 0.42+0.13 –0.11 for the Q-, S-, and V-complexes, respectively. The averages for the C- and D-complexes are 0.13+0.06 –0.05 and 0.02+0.02 –0.01, but these averages are based on a small number of objects (five and two, respectively) and will improve with additional observations. We use albedos to assign X-complex asteroids to one of the E-, M-, or P-types. Our results demonstrate that the average albedos for the C-, S-, V-, and X-complexes are higher for NEOs than the corresponding averages observed in the Main Belt.

2010 We present the first results from a survey of SDSS quasars selected for strong H I damped Lyman-{\alpha} (DLA) absorption with corresponding low equivalent width absorption from strong low-ion transitions (e.g. C II {\lambda}1334 and Si II {\lambda}1260). These metal-poor DLA candidates were selected from the SDSS DR5 quasar spectroscopic database, and comprise a large new sample for probing low metallicity galaxies. Medium-resolution echellette spectra from the Keck ESI spectrograph for an initial sample of 35 systems were obtained to explore the metal-poor tail of the DLA distribution and to investigate the nucleosynthetic patterns at these metallicities. We have estimated saturation corrections for the moderately under-resolved spectra, and systems with very narrow Doppler parameter (b \le 5 km s-1) will likely have underestimated abundances. For those systems with Doppler parameters b > 5 km s-1, we have measured low metallicity DLA gas with [X/H] < -2.4 for at least one of C, O, Si, or Fe. Assuming non-saturated components, we estimate that several DLA systems have [X/H] < -2.8, including five DLA systems with both low equivalent widths and low metallicity in transitions of both C II and O I. All of the measured DLA metallicities, however, exceed or are consistent with a metallicity of at least 1/1000 of solar, regardless of the effects of saturation in our spectra. Our results indicate that the metal-poor tail of galaxies at z \sim 3 drops exponentially at [X/H]< -3. The observed ratio of [C/O] for values of [O/H] < -2.5 exceeds values seen in moderate metallicity DLA systems, and also exceeds theoretical nucleosynthesis predictions for higher mass Population III stars.

Spectroscopy of GRB 051111 at z=1.54948: Kinematics and Elemental Abundances of the GRB environment and Host Galaxy

2006 We present a high-resolution, high signal-to-noise optical spectrum of the afterglow of GRB 051111 obtained with the HIRES spectrograph on the Keck I 10-m telescope. The spectrum exhibits three redshifted absorption systems with the highest, at z=1.54948, arising in the GRB host galaxy. While the Ly-alpha feature is outside the range of our spectrum, the high column density of weakly-depleted Zn suggests that the host is a damped Lyman-alpha system with N(HI)>10^21(Z/Z_sun)^-1. The bulk of the gas (>80%) is confined to a narrow velocity range of |v|