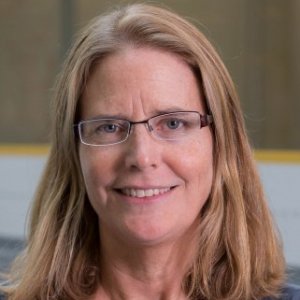 
Dr. Caroline Budwell is a computer scientist focused on learning and engagement strategies.

University of Virginia: B. A., Mathematics 1993

Duke: We have one position open, but there were two people that we really loved. It was a tough decision and our department chair went to the Dean and said, you know, we have these two people and we really wish we could have them both. And we get the second position approved, and that's why we have Dr. Budwell. Professor Caroline Budwell says it wasn’t an easy decision to leave her private-sector job as a business analyst. Budwell: I left a very lucrative job in the industry, but it was more for the flexibility and the challenge of teaching.

The differences in effects of heterogeneous and homogeneous regrouping for math on academic ability and self-concept in math were investigated. Five sixth-grade students from both grouping placements were interviewed to determine their self-concept of their math abilities. All students labeled as average or below from both placements were given an assessment of basic grade-level math skills. The classes containing these students were observed, and each placement had the same teacher providing all math instruction. The results indicated that the homogeneous students liked their math classes better and were more likely to compare themselves above their classmates in ability than the heterogeneous students. However, there were almost no differences between overall self-concept in math between the placements, and the scores on the assessment substantially favored the heterogeneous placement. It was concluded that heterogeneous regrouping in math did not have any substantial negative consequences. Nine appendixes provide: (1) interview format and questions; (2) interview transcripts; (3) the assessment measure; (4) categorization of interviewed students; (5) students' perceptions of their math ability; (6) math class placement levels; (7) overall test results; (8) test scores eliminating fraction questions; and (9) percentage of differences between the two groupings.