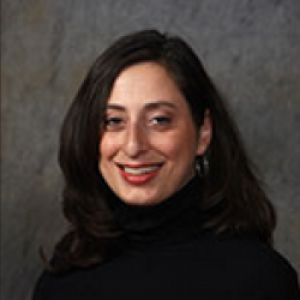 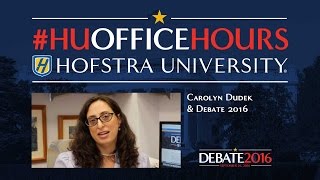 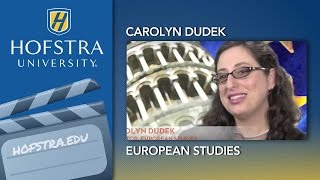 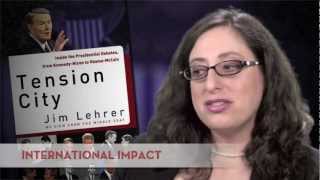 Professor Dudek, Ph.D. specializes in comparative politics with regional focuses in Europe and Latin America. She is an Associate Professor in the Department of Political Science and received her B.A. from Canisius College, and her M.A. and Ph.D. from the University of Pittsburgh. She is the author of EU Accession and Spanish Regional Development: winners and losers, P.I.E., Peter Lang Press, which explores the domestic impact of European Union policies, particularly in the areas of economic development and regional nationalism. In addition, she has published several articles and book chapters on Spanish politics, regional nationalism in Europe, European Union regional development policy and pension reform in Europe and Latin America.

Professor Dudek has been awarded a Fulbright Scholarship to Spain and spent a year doing field research in Galicia, Valencia and Madrid. In addition she was awarded a post-doctoral summer fellowship at Columbia University's European Studies Institute, and prior to coming to Hofstra University, Professor Dudek was a Jean Monnet Fellow in the European Forum research group at the European University Institute in Florence, Italy.

In 2006 she was again awarded a Fulbright Fellowship to teach a graduate seminar in Spanish on comparative regional integration at the University of Buenos Aires, Argentina. In addition, she was invited to give lectures in Spanish on EU-Latin American relations at other universities in Argentina. During her six-month stay she conducted research concerning EU policies and their impact on EU-Latin American relations, which is the focus of her latest research project.

In addition to Professor Dudek's research she has also engaged in teaching a wide array of courses such as: Comparative Politics, European Politics, Politics of the European Union, Nationalism, Research Methods, Politics Through Film, and the Politics of Central Europe to name a few. She has also taught in the interdisciplinary Honor's College Culture and Expression course. In addition to teaching on Hofstra's campus she has also been the director and accompanying faculty for the Hofstra in Australia and the Hofstra in Prague and Central Europe programs, and an instructor in the Hofstra in Venice and Hofstra in Australia programs.
In 2002 she was selected to teach in the Semester at Sea program, which is a floating university that circumnavigated the globe.

Professor Dudek has been awarded a Fulbright Scholarship to Spain and spent a year doing field research in Galicia, Valencia and Madrid. In 2006 she was again awarded a Fulbright Fellowship to teach a graduate seminar in Spanish on comparative regional integration at the University of Buenos Aires, Argentina.

In discussing her takeaway from the event, Professor Carolyn Dudek said, “Professor Gil-Torres not only explained the political challenges in Spain, but also made some interesting comparisons to the U.S. election and party system. She demonstrated stark differences such as the length of campaigns being shorter – only 15 days – and thus less costly. Also, Spain does not have a primary system and candidates are chosen by the party elites.”

No clear winners, but a solid performance from the Democratic presidential nominee Hillary Clinton as she debated Donald Trump. That's the verdict from political analyst, Professor Carolyn Dudek of Hofstra University.

The terror attack on the Paris offices of satirical magazine Charlie Hebdo is having political ramifications far beyond France.

2013 Will European companies investing abroad be transmitters of EU environmental policies or environmental dumpers? This article utilizes a most-differentcases approach to analyze transnational corporation (TNC) behavior in countries with less stringent environmental standards. Drawing on rational institutionalism, the article examines two significant European business investments in Mercosur countries: paper pulp mills in Uruguay and fishing off the coast of Argentina. These cases demonstrate that EU environmental standards will be diffused beyond Europe's borders if significant fixed assets are involved, high levels of public awareness and action in response to environmental degradation are possible, and if the environmental policy of an industry is successfully implemented in Europe. Paper pulp milling in Uruguay fulfilled these conditions and TNCs, in this case applied EU standards. This was not so with TNC fishing practices in Argentina. Also, with high citizen attention, local companies will adopt similar environmental practices to those of their European counterparts, improving environmental practices even without domestic government regulations.

The Shaping of EU-Mercosur Relations: From Altruism to Pragmatism and Liberalism to Illiberalism

PIttsburgh Paper on the European Union

2012 Deeply-embedded norms of liberalism and protectionism alongside EU policies focusing on promoting development and regional integration have shaped EU-Mercosur relations. These stand in stark contrast to the policies of the US, the historic hegemon in the region. This paper utilizes historical institutionalism to understand how the liberal tenets of EU competition policy and the protectionism of Common Agricultural Policy (CAP) have affected EU-Mercosur relations...