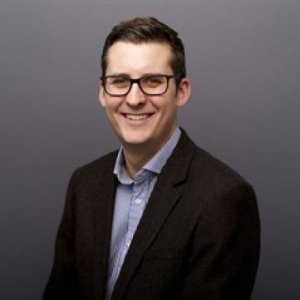 Chris Umfreville researches in the area of corporate insolvency, with a particular focus on corporate rescue.

Chris is a Senior Lecturer at Aston Law School. Prior to entering academia, Chris practised as a solicitor with an international law firm, specialising in insolvency related advice to major UK and international clearing banks and multinational accountancy practices.

Chris researches in the area of corporate insolvency, with a particular focus on corporate rescue. He has published work in a number of academic and practitioner journals. Chris has presented at a number of national and international insolvency law conferences and delivered webinars to academic and professional audiences.

Chris has worked closely with government and the professions on research projects which have informed law reform and practice. This includes the 2014 Graham Review into Pre-Pack Administration, which has led to significant reforms to the administration process.

Chris has experience of both written and broadcast media, including being interviewed by numerous BBC outlets on insolvency law developments such as the administration of Jamie's Italian, the pre-pack of Debenhams and the Arcadia Group CVA proposals.

Chris features in the 'Aston means business' podcast series. In the first podcast 'What happens when the money runs out', Chris was interviewed by Steve Dyson about different aspects of insolvency and corporate rescue, including exploring the different options available to businesses in financial trouble, along with their legal responsibilities.

In addition, Chris is also interested in legal education and student employability. He has researched and written on the two and leads on Learning and Teaching development at Aston Law School.

Pre-Packaged Administrations and Company Voluntary Arrangements: The case for a holistic approach to reform

The Company Voluntary Arrangement (“CVA”) and pre-packaged administration (“pre-pack”) both facilitate corporate rescue and enable the continuation of a business by its existing management, though in very different ways. Through analysis of longitudinal studies of CVAs and connected party pre-packs commenced in 2013, this paper provides a comparative analysis of the outcomes of the processes and their impact on stakeholders.

A revised moratorium to help business rescue: A review of the latest reform proposals

On Sunday 26th August 2018, the Government unexpectedly published proposals for the most significant changes to the corporate insolvency framework since the enactment of the Enterprise Act 2002. Including amongst the reforms set out in 'Insolvency and Corporate Governance: Government Response' was the proposal for a pre-insolvency moratorium, developing the proposal initially set out in the 2016 'A Review of the Corporate Insolvency Framework: A consultation on options for reform'. This article considers the proposed new moratorium and issues still to be addressed.

The report considers the reasons for the ‘success’ or ‘failure’ of company voluntary arrangements (“CVAs”) and investigates the outcomes where CVAs 'fail'. The frequency of CVAs is reasonably low when compared with alternative corporate Insolvency Act 1986 procedures and it has been commented that CVAs have a high failure rate. The research project aims to identify ‘successful’ and ‘failed’ CVAs and by doing so, identify key characteristics which will in turn allow practical guidance to be provided to insolvency practitioners (“IPs”) and also inform policy recommendations to Government. The report combines evaluation of empirical research concentrating on CVAs in England and Wales, surveys of insolvency practitioners and interviews with stakeholders to identify the characteristics of 'successful' and 'failed' CVAs. This is done in the context of national and international insolvency law developments and consultations including comparative analysis. The report present recommendations for reform to address the issues identified in the research and to improve CVA outcomes.

Taking a DIP into the pool: should the Pre-Pack Pool be extended to CVAs?

Company Voluntary Arrangements (CVA) have been a dominant theme in the restructuring community in 2018, with a number of high profile cases drawing significant media scrutiny. In light of perceived misuse of the process, the British Property Federation has called for Government review and interim reforms. These reforms include subjecting CVA proposals to independent scrutiny, with the suggestion that the Pre-Pack Pool’s remit be extended. This article considers whether subjecting CVA proposals to scrutiny by the Pre-Pack Pool would be beneficial, in light of issues identified by the recently published R3 Report Company Voluntary Arrangements: Evaluating Success and Failure.

Recognition of UK Insolvency Proceedings Post‐Brexit: The Impact of a ‘No Deal’ Scenario

This paper examines the impact of a ‘no deal’ or ‘hard’ Brexit on the recognition of insolvency proceedings commenced in the UK by the remaining Member States of the European Union (EU) post‐Brexit. The paper considers the framework currently implemented by the Recast European Insolvency Regulation and the possible approaches when it will cease to apply to proceedings commenced post‐Brexit. The paper identifies that there will be no overarching framework in the event that ‘no deal’ is reached between the UK and the EU for post‐Brexit arrangements, resulting in reliance on individual Member States' domestic laws to determine recognition of insolvency proceedings commenced in the UK.

Review of the pre-pack industry measures: Reconsidering the connected party sale before the sun sets

Following publication of the Graham Review into Pre-Pack Administration in June 2014, a number of industry-led reforms to the conduct of Pre-Pack Administrations were introduced. The contemporaneous introduction of paragraph 60A to Schedule B1 of the Insolvency Act 1986 allowed the Government to review the efficacy of these reforms and take further action with regard to connected party sales in administration by May 2020 should there be outstanding issues. In light of the Insolvency Service announcing the review of these measures in December 2017, this paper considers the nature and impact of the industry-led reforms introduced in 2015 and makes recommendations for further reform to fully address the issues identified by the Graham Review.

Mora' the same: reflecting on the latest attempts to salvage company rescue

The concept of the rescue culture has been at the heart of UK insolvency law since the introduction of the Insolvency Act 1986 (“the Act”).2 Implementing many of the recommendations in Insolvency Law and Practice, Report of the Review Committee (“the Cork Report”),3 the Act introduced new procedures with a view to preserving viable businesses.