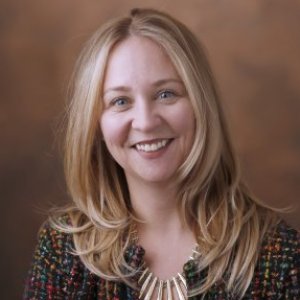 
Expert in media and visual culture, with a particular emphasis on the study of gender and sexuality. 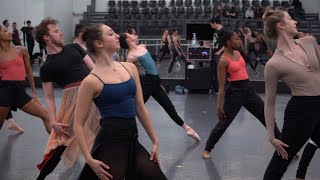 Claire Sisco King is Associate Professor and Director of Undergraduate Studies in the Department of Communication Studies, and affiliated with the Cinema and Media Arts program. She is a scholar of media and visual culture, with a particular emphasis on the study of gender and sexuality. Her book, Washed in Blood: Male Sacrifice, Trauma, and the Cinema (Rutgers University, 2011), which was named an Outstanding Book of the Year in 2013 by Critical Cultural Studies division of the National Communication Association, addresses the intersections between cinematic violence, masculinity, and discourses of civic identity. Her work has been published in numerous journals in the fields of communication and media studies, and she is currently writing a new book on celebrity culture, gender, and race. King is the Editor-Elect of Women’s Studies in Communication, a peer-reviewed, feminist journal addressing the relationships between communication and gender.

Bennifer gets a happy ending, now that tabloids have lost their bite

Though celebrity gossip has been around for as long as there was a star system, the early 2000s marked the start of an intensified era, according to Claire Sisco King, a communication studies professor at Vanderbilt University. The building popularity of reality television and the proliferation of digital media fed a hunger for the juiciest celebrity news. Magazines paid big bucks for exclusive paparazzi shots; the New York Post in August 2002 detailed a bidding war between People magazine and Us Weekly that ended with the former coughing up $75,000 for nine photos of Affleck and Lopez.

The psychology of parasocial relationships with celebrities

Rhori Johnston is joined by Dr. Claire Sisco King from Vanderbilt University to discuss what parasocial relationships are, why people develop them with celebrities, and the Johnny Depp v. Amber Heard case on this episode of OpenLine.

Ban on ‘Soul Cap’ spotlights lack of diversity in swimming

“The predominance of white athletes in swimming is a key example of a racial disparity in sport that can be linked to histories of institutional racism,” said Claire Sisco King, an associate professor of communication studies at Vanderbilt University and editor of the Women’s Studies in Communication international journal.

The characters "are not all married, or where they want to be in their careers, and so you see a little bit of that uncertainty with which probably a lot of people, regardless of cultural or national context, could identify," said Claire Sisco King, associate professor in the department of communication studies at Vanderbilt University in Nashville.

One of the interesting things about Swift is that we've seen a lot of transitions throughout her career. When she began, she was associated primarily with country music, and then she crossed over to pop. So we've seen a genre shift. But we've also seen a shift in terms of the themes of her music as she's grown and, I think, anticipated the aging of her fans. So she presents a really useful opportunity to think about different cultural expectations around celebrity and public performances of white femininity over time.