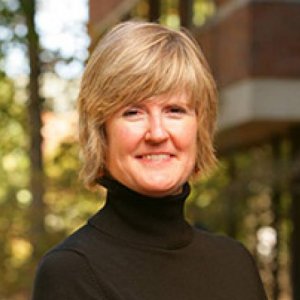 Claire Smrekar conducts qualitative research studies related to the social context of education and public policy, with specific focus on the impact of desegregation plans and choice policies on families, schools and neighborhoods. She is currently studying the effects of private school markets and demographic trends on school voucher plans. She has served as a consultant to the U.S. Department of Justice on school segregation cases.

For some students, Nashville isn’t the 'it city.' It’s the 'inequity city'

In high-performing public schools, "the inequity comes from private, organic sources that no one really pays attention to," like money raised just from the parents, said Claire Smrekar, an associate professor of public policy and education at Vanderbilt University.

“I found [the interview] to be somewhere between disappointing and disturbing,” said Claire Smrekar, an associate professor of public policy and education at Vanderbilt University whose research focuses include school choice. “It just demonstrates—again—an appalling lack of understanding of some public fundamental principles and practices related to public education.” “I can understand being nominated the Secretary of Education and lacking some of the deeper knowledge,” Smrekar continued, “but then I would go to work.”

But how that affects student achievement varies by classroom, said Claire Smrekar, associate professor of public policy and education at Vanderbilt University's Peabody College. "What we know is that parents have a powerful influence on students in terms of investment," Smrekar said. "I think it’s important, and rarely explored asset of public school finance that creates incredible opportunity for some kids but leads to an uneven pathway and budget picture."

When Education Secretary Betsy DeVos and first lady Melania Trump visited Excel Academy Public Charter School last spring, DeVos praised the school as a “shining example of a school meeting the needs of its students, parents and community.” Melania Trump called the charter school “an exceptional example of a school preparing young women both academically and personally so that they may succeed in a global community.”

Charter schools are designed to be different. Charter schools are public schools run by independent groups, usually nonprofits, that have more freedom to do things differently, says Claire Smrekar, associate professor of public policy and education at Vanderbilt University.

Testifying for the parents, Vanderbilt University professor Claire Smrekar called fears of white flight overblown and Rossell's source material outdated. Furthermore, Smrekar testified, economic demographics and other factors in the region led her to believe Cleveland parents would not be willing to pay for private schools.

But the hurdles for children in military families are also very real, says Claire Smrekar, an associate professor of public policy and education at Vanderbilt University, who has researched DoDEA for more than 15 years. Given the transiency of military life, children can change schools as often as six times over the course of their academic careers, potentially leaving them on shaky academic foundation. Other challenges include a high rate of divorces and remarriage among military families, the strain of frequent or extended deployments, and the difficulty of finding work for spouses of military personnel, which can mean getting by on one income.

Examining the Learning and Leadership Outcomes of the EdD Capstone

Does Race Matter? The Shifting Landscape of School Desegregation in American Cities

2015 Our nation continues to struggle mightily with efforts to reform and to improve the public schools. The improvement efforts to date have been extraordinarily diverse—and there have been some major consequences over the years, particularly in the domains of curricular reform, teaching, and administration.

The desegregation aims and demographic contexts of magnet schools: How parents choose and why siting policies matter

2015 This paper is designed to specify a set of new opportunities for educators, school administrators, and scholars to realize the practical aims and strategic advantages envisioned in magnet schools. The paper is divided into three distinct sections. In Section I, we examine the extensive research literature on parents’ choice patterns and school preferences in magnet schools and other school-choice programs.

2011 This article poses the central question, How do neighborhoods (specifically, different public housing designs) shape parents’ social interactions and social networks? To answer this question, we interviewed families residing in a HOPE VI neighborhood and an adjacent Section 8 apartment complex, all of whom had at least one child attending the close-by neighborhood school (Crawford Elementary School, a pseudonym).

2010 By using Geographic Information System (GIS) mapping software to combine health and crime data with data from 20 schools in one Southeastern district, the study explores whether and how neighborhood conditions affect school-community arrangements.

2009 This article uses qualitative case study methodology to examine why the racial composition of magnet schools in Nashville, Tennessee, has shifted to predominantly African American in the aftermath of unitary status. The article compares the policy contexts and parents' reasons for choosing magnet schools at two points in time—under court order and under unitary status.