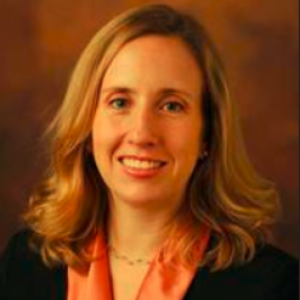 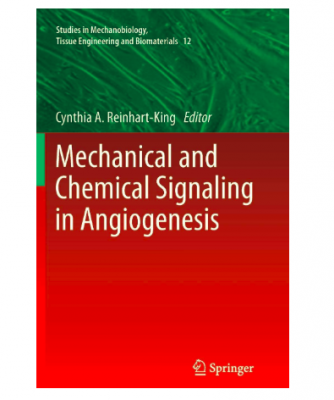 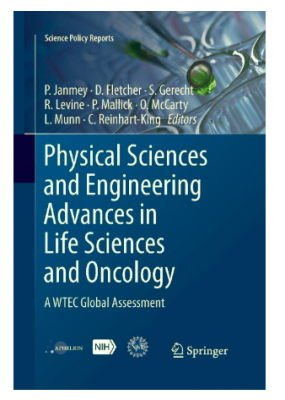 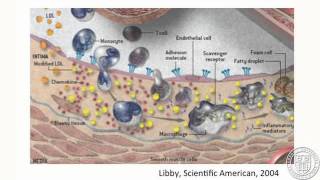 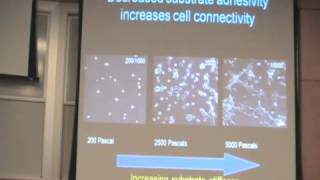 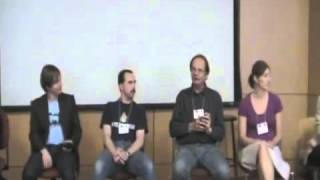 The central mission of the Reinhart-King lab is to understand the mechanisms that drive tissue formation and tissue disruption during diseases such as atherosclerosis and cancer. Specifically, they focus on how physical and chemical cues within the extracellular environment drive fundamental cellular processes including cell-matrix adhesion, cell-cell adhesion and cell migration. They employ multidisciplinary methodologies involving principles from cell biology, biophysics, biomaterials and biomechanics. Of particular interest are the pathophysiology of angiogenesis and atherosclerosis and the extracellular cues driving metastatic cell migration.

They use a multi-scale approach to understand how cells integrate physical and chemical cues within their environment. At the tissue level, they characterize the structural, mechanical and compositional changes occurring in tissues during disease progression using advanced imaging techniques, mechanical measurements, histology, and biochemical assays. They use this knowledge to build models of healthy and diseased tissues using tissue engineering approaches and microfabrication. At the cellular level, they use these models to understand how physical and chemical features within the extracellular matrix alter cell behaviors such as adhesion, migration and proliferation. At the molecular level, they use various cellular and molecular biology tools to uncover the intracellular pathways being affected by the microenvironment. This multi-scale, integrated approach has the power to uncover novel therapeutic targets to slow and/or prevent diseases such as atherosclerosis and metastasis.

The mid-career award, established earlier this year, will be given annually to a BMES member to recognize meritorious achievements and leadership in biomedical engineering and significant involvement and sustained contributions to the BMES.

“Our work is the first to say, in addition to proliferation, migration is also energy-demanding,” Reinhart-King says. “That means we can also target migration through metabolism. Our experiments used breast cancer cells, but the same mechanism holds true to lung, colorectal, skin, and other cancers, so the underlying research is vital to learning how we might defeat all of those.”

"We wanted to know how radiation effects the tissues surrounding cells, particularly how this changes the stiffness of the matrix," said Cynthia Reinhart-King, an author on the paper. "The change in tissue stiffness during tumor growth can be palpable. Stiffness, for example, is what you would look for in breast self-exams."

“It’s a general universal phenomenon that when given this stiffer environment, cells change how they produce proteins,” said Cynthia Reinhart-King, an associate professor of biomedical engineering and the paper’s senior author. Francois Bordeleau, a postdoctoral associate in Reinhart-King’s lab, is the paper’s lead author.

2019 "Aligned collagen architecture is a characteristic feature of the tumor extracellular matrix (ECM) and has been shown to facilitate cancer metastasis using 3D in vitro models. Additional features of the ECM, such as pore size and stiffness, have also been shown to influence cellular behavior and are implicated in cancer progression.

2019 "Extracellular vesicles released by cancer cells have recently been implicated in the differentiation of stromal cells to their activated, cancer-supporting states. Microvesicles, a subset of extracellular vesicles released from the plasma membrane of cancer cells, contain biologically active cargo, including DNA, mRNA, and miRNA, which are transferred to recipient cells and induce a phenotypic change in behavior.

2019 "The ability of primary tumor cells to invade into adjacent tissues, followed by the formation of local or distant metastasis, is a lethal hallmark of cancer. Recently, locomoting clusters of tumor cells have been identified in numerous cancers and associated with increased invasiveness and metastatic potential.