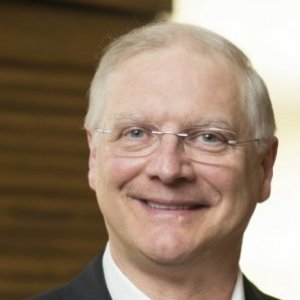 
An expert who co-leads the foremost longitudinal study of gifted individuals in the world. 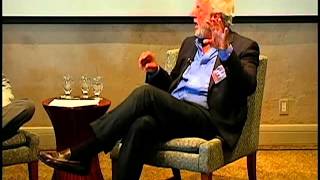 David Lubinski's interests are concentrated on psychological measurement and assessing individual differences in human behavior, focusing on the identification of different types of intellectually precocious youth and the conditions for enhancing their learning, work performance, and creativity. With Camilla Benbow, he co-directs the Study of Mathematically Precocious Youth (SMPY), a longitudinal study of more than 5,000 intellectually talented participants, initially identified before age 13.

For Outstanding Contributions to the Field of Intelligence

For Research on Giftedness, Creativity, and Talent

Opinion | We Are Leaving ‘Lost Einsteins’ Behind

“Current talent search procedures focus on the assessment of mathematical and verbal ability,” wrote David Lubinski of Vanderbilt and Harrison J. Kell, a senior researcher at the Educational Testing Service, in “Spatial Ability: A Neglected Talent in Educational and Occupational Settings.” Lubinski and Kell stress the failure of many of such searches to test for the cognitive skill known as spatial ability.

Because there’s no federal standard for identifying giftedness, states and districts come up with their own definitions – which is one reason researchers don’t have a clear answer on the benefits of gifted education. Some say highly talented children can reach their full potential only if they’re educated alongside other highachieving students. “It’s good for kids to be with their intellectual peers,” said David Lubinski, a psychology professor at Vanderbilt University and a longtime expert on gifted education.

Will Bright Kids Succeed Even if Not Challenged Enough?

Gifted individuals, overall, end up as psychologically well-adjusted. A century of research on gifted kids shows that these kids end up academically and occupationally successful, as indicated by the Study of Mathematically Precocious Youth led by Camilla Benbow and David Lubinski.

Of Furries and Fascism at Google

Mr. Damore’s firing last year by CEO Sundar Pichai certainly rang of panic at the time. Google explicitly invites freewheeling discussion and provides internal forums for it. Mr. Damore did not, in his famous memo, object to Google’s diversity goals. His ruminations on biology may be jejune, but unwelcome facts are still facts. Witness the work of David Lubinski at Vanderbilt, which goes a long way toward explaining the recruiting frustrations of many a tech and engineering-based company. Prof. Lubinski and colleagues find that women who are gifted in math and science tend to be broadly gifted, and consequently have lots of opportunities in a wide range of fields, whereas men with math talents tend to be narrowly gifted, and all end up in math-science-engineering fields.

A new short film from Vanderbilt University, where SMPY is run by researchers Camilla Benbow and David Lubinski, reveals some of the biggest takeaways since the study began issuing exams to teens across five cohorts over the years.

2019 This investigation examined whether math/scientific and verbal/humanistic ability and preference constellations, developed on intellectually talented 13-year-olds to predict their educational outcomes at age 23, continue to maintain their longitudinal potency by distinguishing distinct forms of eminence 35 years later.

2019 We used a case–control genome-wide association (GWA) design with cases consisting of 1238 individuals from the top 0.0003 (~170 mean IQ) of the population distribution of intelligence and 8172 unselected population-based controls. The single-nucleotide polymorphism heritability for the extreme IQ trait was 0.33 (0.02), which is the highest so far for a cognitive phenotype, and significant genome-wide genetic correlations of 0.78 were observed with educational attainment and 0.86 with population IQ.

Who shines most among the brightest?: A 25-year longitudinal study of elite STEM graduate students.

2017 General cognitive ability (intelligence) is one of the most heritable behavioural traits and most predictive of socially important outcomes and health. We hypothesized that some of the missing heritability of IQ might lie hidden in the human leukocyte antigen (HLA) region, which plays a critical role in many diseases and traits but is not well tagged in conventional GWAS. Using a uniquely powered design, we investigated whether fine-mapping of the HLA region could narrow the missing heritability gap.

From Terman to today: A century of findings on intellectual precocity

2016 One hundred years of research (1916–2016) on intellectually precocious youth is reviewed, painting a portrait of an extraordinary source of human capital and the kinds of learning opportunities needed to facilitate exceptional accomplishments, life satisfaction, and positive growth.