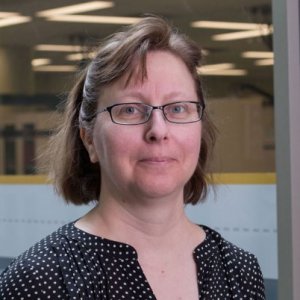 
Dr. Pawluk develops devices and algorithms for assistive technology for individuals who are blind and visually impaired 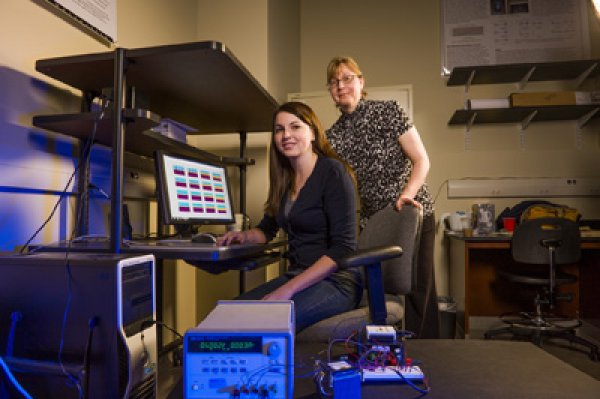 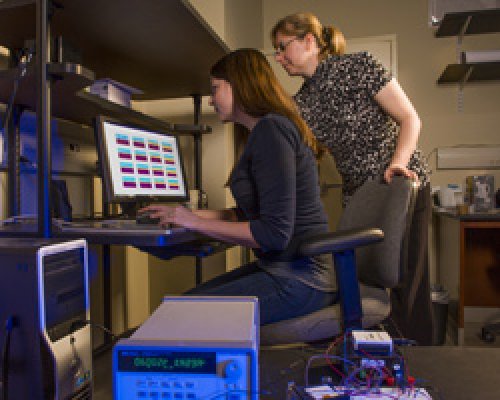 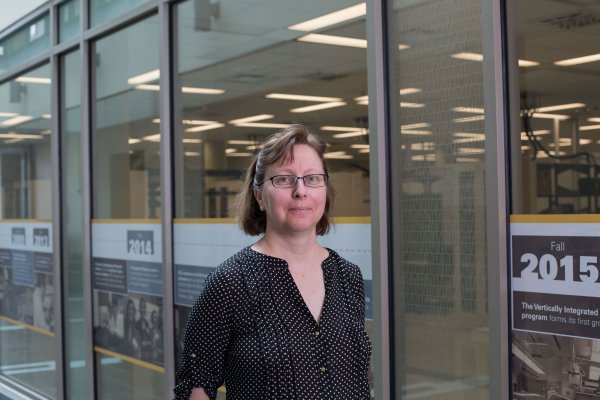 The use of multi-modal feedback in teaching K-12 students

Haptic Perception of Material Properties and Implications for Applications

2013 Perceiving the material properties of objects through touch is generally superior to the perception of shape. We review major material properties accessible through haptic interaction, along with theoretical accounts of the underlying perceptual processes. These include roughness, friction, compliance, and thermal properties. Subsequently, we describe algorithms that have been used to render these same material properties on haptic devices. We then point to applications that have capitalized on the accessibility of material through touch, including tactile displays, simulation of mechanical mechanisms in the automobile, and medical training simulators.

2013 One possibility of providing access to visual graphics for those who are visually impaired is to present them tactually: unfortunately, details easily available to vision need to be magnified to be accessible through touch. For this, we propose an “intuitive” zooming algorithm to solve potential problems with directly applying visual zooming techniques to haptic displays that sense the current location of a user on a virtual diagram with a position sensor and, then, provide the appropriate local information either through force or tactile feedback. Our technique works by determining and then traversing the levels of an object tree hierarchy of a diagram. In this manner, the zoom steps adjust to the content to be viewed, avoid clipping and do not zoom when no object is present. The algorithm was tested using a small, “mouse-like” display with tactile feedback on pictures representing houses in a community and boats on a lake. We asked the users to answer questions related to details in the pictures. Comparing our technique to linear and logarithmic step zooming, we found a significant increase in the correctness of the responses (odds ratios of 2.64:1 and 2.31:1, respectively) and usability (differences of 36% and 19%, respectively) using our “intuitive” zooming technique.

2012 The increasing use of visual diagrams in educational and work environments, and even our daily lives, has created obstacles for individuals who are blind or visually impaired to independently access the information they represent. Although physical tactile pictures can be created to convey the visual information, it is typically a slow, cumbersome, and costly process. Refreshable haptic displays, which interact with computers, promise to make this access quicker, easier, and cheaper. One important aspect in converting visual to tactile diagrams is to simplify the diagram as otherwise it can be too difficult to interpret with touch. Enabling this to be under user control in an interactive environment, such as with refreshable displays, could allow users to avoid being overwhelmed by the diagrams at any instant in time while still retaining access to all information in “storage”. Through this article the authors investigate whether two types of diagram simplification—boundary simplification and contextual simplification—showed potential utility in an interactive environment. Boundary simplification was found to be significantly helpful in answering general questions about borders on a geographic map, and contextual simplification was helpful in answering relational questions, as compared to using the original map unchanged.