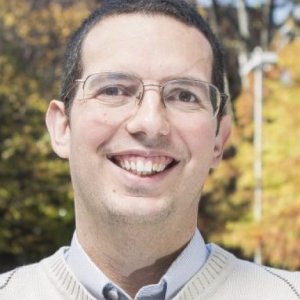 
Expert in historically marginalized composers and the role of symphony orchestras and orchestral music in American life.

As an advocate of historically marginalized composers, musicologist Douglas Shadle is a leading voice in public discussions about the role of symphony orchestras and orchestral music in American life.

Shadle is also a highly-regarded expert on fellow Little Rock native Florence Price (1887–1953), the first African American woman to win international acclaim as a composer. His research on Price has been featured in The New Yorker, New York Times, and NewMusicBox, as well as on radio broadcasts and podcasts around the world.

Shadle’s second book, now under contract with Oxford University Press, recontextualizes Antonín Dvořák’s iconic New World Symphony within the complex landscape of American culture at the end of the nineteenth century. In December 2018, he wrote a teaser for the New York Times to mark the 125th anniversary of the symphony’s Carnegie Hall premiere.

Shadle joined the Blair School faculty in 2014 and has served as the chair of the Department of Musicology and Ethnomusicology since 2019.

Let’s Make the Future That the ‘New World’ Symphony Predicted

The last live performance I attended before the lockdown last year featured excerpts from Nkeiru Okoye’s gripping 2014 opera “Harriet Tubman: When I Crossed That Line to Freedom.” The score takes listeners on a journey through Black musical styles, including spirituals, jazz, blues and gospel.

When the New York Philharmonic Fought Over Santa Claus

The premieres of new works by Olga Neuwirth and Sarah Kirkland Snider were among the most crushing losses of the canceled final months of the New York Philharmonic’s season this year.

In a rare concert, the return of Amy Beach

In December 1893, Amy Beach, a pianist and composer living in Boston, heard the Boston Symphony Orchestra play Dvorak’s “New World” Symphony. She was not a fan. In a journal entry, Beach complained that the symphony was too light and cheery, lacking the emotional weight to fully convey “the negro character and life” that had inspired Dvorak. He could have added so much more, she wrote, “of the dark, tragic, side!”

The Rediscovery of Florence Price

The musicologist Douglas Shadle, who has documented the vagaries of Price’s career, describes her reputation as “spectral.” She is widely cited as one of the first African-American classical composers to win national attention, and she was unquestionably the first black woman to be so recognized. Yet she is mentioned more often than she is heard. Shadle points out that the classical canon is rooted in “conscious selection performed by individuals in positions of power.” Not only did Price fail to enter the canon; a large quantity of her music came perilously close to obliteration. That run-down house in St. Anne is a potent symbol of how a country can forget its cultural history.

The democracy of American music

In an illuminating book called “Orchestrating the Nation,” about American orchestral composers in the 19th century, Douglas Shadle demonstrates that many of the features of American orchestral concert life today — the inferiority complex with regard to Europe; questioning what American music is or should be — date back 200 years and more. American composers, although often successes with the public, had to fight so hard with the prejudices of the Eurocentric gatekeepers — the conductors, the presenters and, especially, the critics — that their music was not able to take root. For generations, American audiences have been taught that Beethoven is greater than American works. When it comes to orchestral music, resistance to the new is part of our national musical DNA.