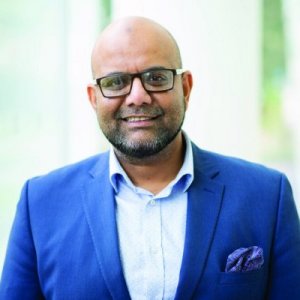 Sprays or powders for inhalation; Aerolised or nebulised preparations generated by other means than thermal energy for inhalation via a dry powder inhaler [DPI], e.g. comprising micronized drug mixed with lactose carrier particles

2020 Amino acids are ubiquitous vital biomolecules found in all kinds of living organisms including those in the microbial world. They are utilised as nutrients and control many biological functions in microorganisms such as cell division, cell wall formation, cell growth and metabolism, intermicrobial communication (quorum sensing), and microbial-host interactions.

2020 Acidic amino acids, aspartic acid (Asp) and glutamic acid (Glu) can enhance the solubility of many poorly soluble drugs including ciprofloxacin (Cip). One of the mechanisms of resistance within a biofilm is retardation of drug diffusion due to poor penetration across the matrix. To overcome this challenge, this work set to investigate novel counter ion approach with acidic amino acids, which we hypothesised will disrupt the biofilm matrix as well as simultaneously improve drug effectiveness.

Conceptualisation, Development, Fabrication and In Vivo Validation of a Novel Disintegration Tester for Orally Disintegrating Tablets

2019 Disintegration time is the key critical quality attribute for a tablet classed as an Orally Disintegrating Tablet (ODT). The currently accepted in vitro testing regimen for ODTs is the standard United States Pharmacopeia (USP) test for disintegration of immediate release tablets, which requires a large volume along with repeated submergence of the dosage form within the disintegration medium.

2019 Among the many methods available for solubility enhancement, mesoporous carriers are generating significant industrial interest. Owing to the spatial confinement of drug molecules within the mesopore network, low solubility crystalline drugs can be converted into their amorphous counterparts, which exhibit higher solubility.

High‐throughput screening of excipients with a biological effect: a kinetic study on the effects of surfactants on efflux‐mediated transport