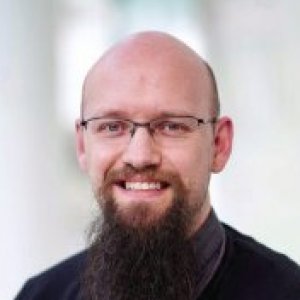 Dr Goddard's research interests focus around membrane proteins and the lipid membranes in which they reside. 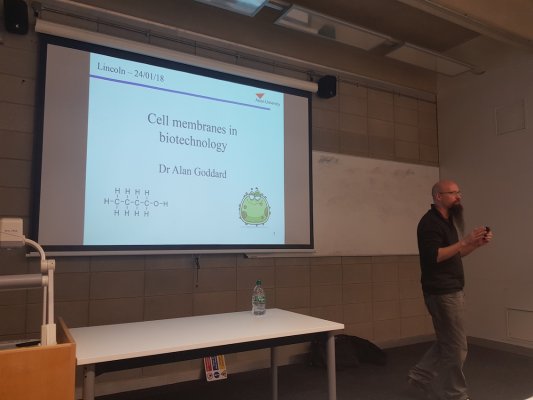 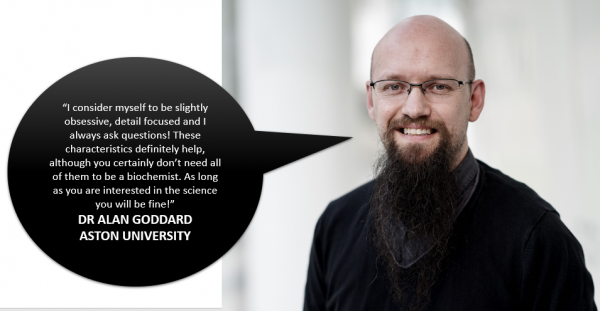 Goddard's research interests focus around membrane proteins and the lipid membranes in which they reside. He has experience of working with a range of membrane protein systems including receptors such as GPCRs, transporters and biogenesis systems. He uses model lipid membranes to study proteins in their native environments and also to probe the effects of various compounds on the integrity of the membrane itself. For example, he has investigated the lipid-specific effects of antimicrobials and solvent on biological membranes. They have an ongoing collaboration with Green Biologics Ltd.

University of Lincoln: PGCE HE 2016

On the 24th of January 2018 Dr Alan Goddard from Aston University visited our School to discuss future collaborations and to deliver a seminar on cell membranes in biotechnology. The talk was well attended, by members of the School of Maths & Physics and the School of Life Sciences.

Journal of Biomolecular Structure and Dynamics

2022 Lipases are enzymes of industrial importance responsible for the hydrolysis of ester bonds of triglycerides. A lipolytic fungus was isolated and subsequently identified based on the ITS sequence analysis as putative Aspergillus flavus with accession number LC424503. The gene coding for extracellular triacylglycerol lipase was isolated from Aspergillus flavus species, sequenced, and characterised using bioinformatics tools. An open reading frame of 420 amino acid sequence was obtained and designated as Aspergillus flavus lipase (AFL) sequence. Alignment of the amino acid sequence with other lipases revealed the presence GHSLG sequence which is the lipase consensus sequence Gly-X1-Ser-X2-Gly indicating that it a classical lipase. A catalytic active site lid domain composed of TYITDTIIDLS amino acids sequence was also revealed. This lid protects the active site, control the catalytic activity and substrate selectivity in lipases. The 3-Dimensional structural model shared 34.08% sequence identity with a lipase from Yarrowia lipolytica covering 272 amino acid residues of the template model.

2022 One of the big challenges for the study of structure and function of membrane proteins is the need to extract them from the membrane. Traditionally this was achieved using detergents which disrupt the membrane and form a micelle around the protein, but this can cause issues with protein function and/or stability. In 2009 an alternative approach was reported, using styrene maleic acid (SMA) copolymer to extract small discs of lipid bilayer encapsulated by the polymer and termed SMALPs (SMA lipid particles). Since then this approach has been shown to work for a range of different proteins from many different expression systems. It allows the extraction and purification of a target protein while maintaining a lipid bilayer environment. Recently this has led to several new high-resolution structures and novel insights to function. As with any method there are some limitations and issues to be aware of. Here we describe a standard protocol for preparation of the polymer and its use for membrane protein purification, and also include details of typical challenges that may be encountered and possible ways to address those.