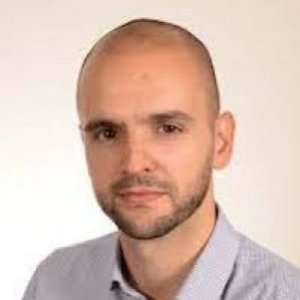 Danny’s research explores theories of the state, nationalism and identity, the politics of sport, representation and governance, and higher education policy and reform. His book on The Politics of UK Regulation: Between Tradition, Contingency and Crisis was published by Palgrave in 2016.

Politics of Sport and Football

The Civil Service’s gender diversity agenda under the coalition

Daniel Fitzpatrick and Dave Richards examine the patterns of gender representation in the UK Civil Service under the coalition government. They explain why there was a regressive change in the most senior grades and highlight the role of ‘critical feminist actors’ in driving forward gender equality and diversity agendas in Whitehall.

‘Back to the Future?’ Brexit, elitism, and the British Political Tradition

Following the referendum, British politics is about to enter into a process of de-Europeanisation. Danny Fitzpatrick and Dave Richards warn that Brexit – an outcome unanticipated and perhaps even unwanted by many on the Leave campaign – should not be used as a justification for preserving the elitism that has characterised the British Political Tradition.

The re-glazed glass ceiling: After a decade of concerted progress the lack of diversity in Whitehall is again in the headlines

Only two years ago people were talking of a ‘smashed glass ceiling’ in relation to women’s representation in Whitehall. But female representation has stalled since 2010 as a result of austerity and the failure to prioritise the diversity agenda in recruitment. Daniel Fitzpatrick, Claire Annesley, Francesca Gains and Dave Richards argue that if gender equality in the Senior Civil Service is not addressed as a priority, a climate of complacency is likely to undo many of the gains made since 1999.

The civil service’s gender diversity agenda under the coalition: where have the critical feminist actors gone?

This article examines the patterns of gender representation in the UK Civil Service to interrogate the claim that there was a regressive change in the proportion of women in the most senior grades of Whitehall under the UK Coalition Government (2010–2015). It does so by analysing both quantitative data covering civil service employment patterns during the Coalition years, complemented by new, primary qualitative data drawn from interviews conducted by the authors.

The politics of football in an era of regulatory ‘crisis’: the last bastion of ‘club-regulation’?

The financial crisis that hit the UK in 2008 brought the debate on regulation into sharp relief. For many, it marked the end of one of the last vestiges of ‘club regulation’: an elitist, secretive, informal practice of governance, which privileges self-regulation and cooperation over intervention and sanctioning.