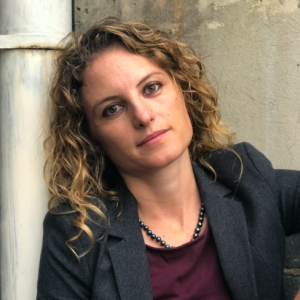 Dr Schimpfössl's research interests are the sociology of elites as well as power and social inequality. 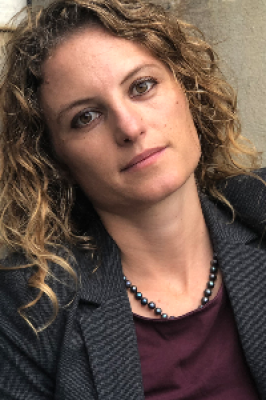 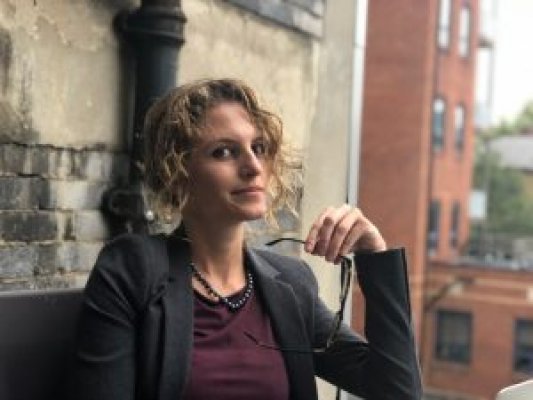 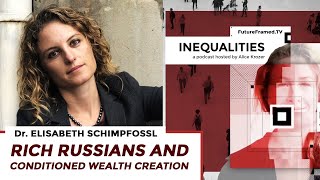 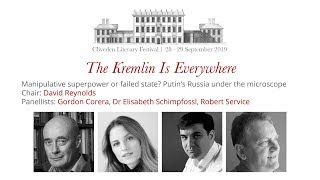 In recent years Dr Elisabeth Schimpfössl has focused on two research topics. First is research into the sociology of elites, power and social inequality, and, second, comparative research into media and journalism in post-communist Europe.

Elisabeht's book Rich Russians: From Oligarchs to Bourgeoisie (Oxford University Press 2018) looks at the top 0.1 percent in Putin's Russia. It is built around stories, picked from a sample of 80 interviews which Elisabeth conducted with multimillionaires and billionaires, their spouses and their children. The chapters discuss their family histories, biographies, lifestyles, how they see their role and position on top of Russian society – as entrepreneurs, philanthropists, wives, heirs, etc. – and how they relate to the West.

Reviews appeared, for example, in the Financial Times and in The Guardian.

In a follow-up project, a Leverhulme Early Career Fellowship, Elisabeth compared the practices of British and Russian philanthropists. Findings from this research have been published in a special journal issue on the super-rich (2019) and a book chapter of a volume which Elisabeth co-edited (2019).

Elisabeth discussed gender-related question in more detail in a 2018 book she co-edited.

The second strand of Elisabeth's research deals with post-communist journalism, which she carries out together with Ilya Yablokov from the University of Leeds. This research started in Russia and then expanded to Eastern Europe. They have just completed a special issue for the European Journal of Communication on self-censorship and professional ethics in the former Eastern Bloc. It includes their article on self-censorship in Hungary and Latvia, the research for which was funded through a small research grant from the British Academy.

An updated version of their first co-authored article was republished in a volume on Mass Media in the Post-Soviet World (2018).

Rich Russians: From Oligarchs to Bourgeoisie, by Elisabeth Schimpfössl

Those cartoonish figures are now a thing of the past, argues Elisabeth Schimpfössl, a sociologist at Aston University who has written the first full-length study of oligarchs as a class.

Rich Russians by Elisabeth Schimpfössl review – where does all that money go?

veryone loves to write about rich Russians: their yachts; their football clubs; their dalliances with our politicians; their basements. In fact, there are probably as many British journalists with strong opinions on Russia’s gilded class as there are actual oligarchs in Knightsbridge, but all of us have a problem: very few of the super-rich will talk to us. After all, why would they?

30 Years After the Fall of the Berlin Wall, Russia Is Only Pretending to Be a Major Power

The same can be said of Yakunin. Though he clearly enjoyed the chance to address his audience of hundreds in Rhodes, the spectacle of the event felt hollow. “It has no real meaning other than maintaining an attractive image of Russia,” says Elisabeth Schimpfossl, the author of Rich Russians: From Oligarchs to Bourgeoisie, who first attended the Rhodes summit in 2009. Then, as now, the gathering was mostly a “PR event,” she says. And in that sense, at least, it resembles a lot of Russia’s recent moves in international affairs.

The rise of Russia's oligarchs — and their bid for legitimacy

The oligarchs, sitting atop the most unequal economy in the developed world, can seem almost comical to observers in the West. But beyond their glitzy extravagance, a complex social transformation is taking place, according to sociologist Elisabeth Schimpfossl.

Rich Russians: Laurie Taylor talks to Elisabeth Schimpfossl, Lecturer in Sociology at Aston University, about her study of the changing nature of the Russian elite, from oligarchs to bourgeoisie. Also, millionaire tax flight - myth or reality? Cristobal Young, Associate Professor of Sociology at Cornell University, suggests that location is surprisingly important to the rich.

Viewpoint: Is Russian Money In London Silencing Us?

Nobody else has done as good a job at rising and shining in British society as Sir Leonid Blavatnik, knighted by the Queen in 2016 for his philanthropic work after he donated at least £125 million to art and education. A friend of mine calculated the other day that, if you belonged to the poorest ten percent of British society and gave away £75 of your total wealth, you also, in theory, might deserve a knighthood. And the wealthier you get, the lighter the burden of such charity can be (particularly if the donations are tax deductible).

Putin and the Austrian Bride (Op-ed)

Scenes of Vladimir Putin dancing with Austrian Foreign Minister Karin Kneissl at her wedding last weekend caused a big stir, primarily because both the invitation and the president’s attendance undermine Europe’s staunch policy towards Russia. But what has been overlooked in this furor is the bride herself.

A brief history of news making in Russia

In this introductory article to our special issue on newsmaking in Russia, we provide a context for how the study of journalism evolved in Russia in contrast to Europe and the US. This brief historical overview helps make sense of the specific trajectory of journalism studies: from normative Cold War perspectives to a highly diverse and vibrant field that considers journalistic agency, the interplay of commercialisation and media control and the complexities of a rapidly changing media environment.

Bringing together empirical studies of former communist countries of Central and Eastern Europe, this Special Issue explores the relationship between censorship and self-censorship. All the cases under consideration share a history of state-led censorship. Importantly, however, the authors argue that journalism in the former Eastern bloc has developed features similar to those observed in many countries which have never experienced state socialism.

This article argues that today in Central and Eastern Europe self-censorship, journalistic freedom and autonomy are just as severely affected by economic constraints, oligarchic influences and new authoritarianism as they are by their Communist pasts. Either way, journalists know exactly what to report, what to omit and how to advance their careers.

This article investigates philanthropic practices among Russia’s hyper-rich. It ponders whether and to what extent philanthrocapitalist concepts are compatible with traditional Russian approaches to elite philanthropy, which have been shaped and controlled by the country’s domineering state.

This article seeks a nuanced understanding of the troubled state that Russian journalism finds itself in today. As much as the Kremlin may be blamed as the source of these woes, it cannot be responsible for low ethical standards and lack of solidarity among journalists. This article explores what has hindered the journalistic community from developing stronger ethical standards over the past twenty‐five years.

This article discusses examples of strategies employed by representatives of Russia's new social upper class to acquire social distinction. By the late 2000s many of the upper‐class Russians included in this study distanced themselves from the conspicuous ostentation ascribed to the brutish 1990s.

This article explores the dynamics at play when conducting research on the contemporary upper class in Russia. It examines the effect of economic and social status divide between researcher and subjects on how to gain access to interviewees and how to handle the interview situation.