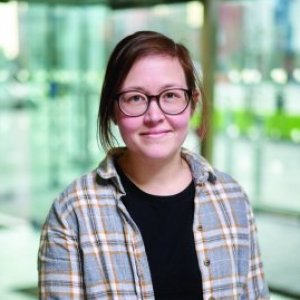 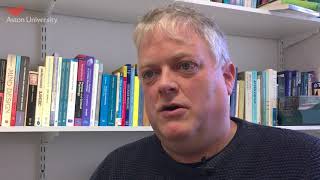 Ex-Les Quennevais and Hautlieu pupil Emily Chiang spent three years on her PHD research that looked into three aspects of language used within paedophile groups on the dark web.

In one 2017 paper, co-written with his colleague Emily Chiang, Grant identifies 14 “rhetorical moves used in chatroom grooming” and unpacks “the broad structures that grooming conversations take,” based on transcripts of real child grooming collated by Perverted Justice. The most common approach groomers take, he finds, is that they build a connection before introducing any sort of sexual component. And they try hard to keep the conversation going, sexual or not. One of the biggest tells is what Grant calls the “mitigating lol”—a way of downplaying a serious sexual request, such as “u should make a nude vid and send it to me,” by adding the word “lol” at the end. “[Its] use here implies something vaguely playful or unserious about these contributions,” Grant and Chiang write. Most offenders introduce sexual overtones early in a conversation, they find.

Emily Chiang, a Ph.D. candidate at Aston University's Centre for Forensic Linguistics and lead author of the study, said: "This study looks at online instant messaging conversations between a convicted child sex offender and several of his victims. The offender adopted several different identities with different characteristics – some would be male, some female, one worked for a modelling agency – and I wanted to compare each of these in terms of linguistic moves."

Emily Chiang, a PhD candidate at Aston University’s Centre for Forensic Linguistics and lead author of the study, said: “This study looks at online instant messaging conversations between a convicted child sex offender and several of his victims. The offender adopted several different identities with different characteristics – some would be male, some female, one worked for a modelling agency – and I wanted to compare each of these in terms of linguistic moves.”

Digital Scholarship in the Humanities

There is a long-standing debate about the authorship of the Bixby Letter, one of the most famous pieces of correspondence in American history. Despite being signed by President Abraham Lincoln, some historians have claimed that its true author was John Hay, Lincoln’s personal secretary. Analyses of the letter have been inconclusive in part because the text totals only 139 words and is thus far too short to be attributed using standard methods. To test whether Lincoln or Hay wrote this letter, we therefore introduce and apply a new technique for attributing short texts called ‘n-gram tracing’. After demonstrating that our method can distinguish between the known writings of Lincoln and Hay with a very high degree of accuracy, we use it to attribute the Bixby Letter. We conclude that the text was authored by John Hay—rewriting this one episode in the history of the USA, while offering a solution to one of the most persistent problems in authorship attribution.

Do Perverted Justice chat logs contain examples of Overt Persuasion and Sexual Extortion? A Research Note responding to Chiang and Grant (2017, 2018)

Studies by Chiang and Grant (2017, 2018) on the rhetorical moves of online child sexual abusers suggest that interactions between offenders and adults posing as children differ in various ways from those between offenders and genuine child victims. They point specifically to the use by one offender of moves identified as Overt persuasion and Extortion in his interactions with real children noting that these were absent from data featuring adults posing as children. The current study investigates whether these more coercive and forceful moves are in fact absent in sexualised interactions between offenders and adult decoys by applying corpus linguistic techniques to a corpus of 622 chat logs. It is shown that overtly persuasive language is rare in the texts, and that no extortion occurred. This finding supports Chiang and Grant’s claim and their assertion that data featuring adult decoys is not truly representative of interactions between child victims and their abusers.

This article provides a case study of deceptive online identity performance by a convicted child sex offender. Most prior linguistic and psychological research into online sexual abuse analyses transcripts involving adult decoys posing as children. In contrast, our data comprise genuine online conversations between the offender and 20 victims. Using move analysis (Swales 1981, 1990), we explore the offender’s numerous presented personas. The offender’s use of rhetorical moves is investigated, as is the extent to which the frequency and structure of these moves contribute to and discriminate between the various online personas he adopts. We find from eight frequently adopted personas that two divergent identity positions emerge: the sexual pursuer/aggressor, performed by the majority of his online personas, and the friend/boyfriend, performed by a single persona. Analysis of the offender’s self-describing assertives suggests this distinctive persona shares most attributes with the offender’s ‘home identity’. This article importantly raises the question of whether move analysis might be useful in identifying the ‘offline persona’ in cases where offenders are known to operate multiple online personas in the pursuit of child victims.

Using transcripts of chatroom grooming interactions, this paper explores and evaluates the usefulness of Swales’ (1981) move analysis framework in contributing to the current understanding of online grooming processes. The framework is applied to seven transcripts of grooming interactions taken from perverted-justice:com. The paper presents 14 identified rhetorical moves used in chatroom grooming and explores the broad structures that grooming conversations take by presenting these structures as colour-coded visualisations which we have termed “move maps”. It also examines how some individual linguistic features are used to realise a single move termed “Assessing and Managing Risk”. The findings suggest that move analysis can usefully contribute in two key ways: determining communicative functions associated with ‘grooming language’ and the visualisation of variation between grooming interactions.