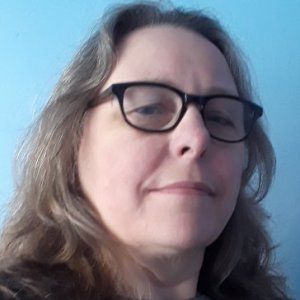 Dr Pam Lowe research centres around women’s reproductive and sexual health, with a particular interest in pregnancy and abortion. Recently she has worked on a number of projects including the sexual health of online sex workers, young people and sexual consent. She is currently engaged in two major studies, a long term ethnographic study of abortion debates in public spaces, and an investigation into policy and practice surrounding reproductive coercion.

Dr Pam Lowe, a lecturer from Aston University, had been invited to give a pro-choice talk by the new pro-choice society which has been set up by the proposer of the pro-choice motion Isadora Sinha.

There is concern that a visit to Cardiff next month by Dr Pam Lowe, a senior lecturer in sociology and policy at Aston University who researches anti-abortion activism across the UK, could be targeted by protesters.

Dr Pam Lowe, a senior lecturer in sociology and policy at Aston University, researches anti-abortion activism across the UK. “The anti-abortion movement has collectively recognised they have got an ageing population. They are setting out strategically to try to engage more younger people and get younger people advocating against abortion.

The study, by Dr Graeme Hayes and Dr Pam Lowe of Aston’s School of Languages & Social Sciences, analysed comments made to the British Pregnancy Advisory Service (BPAS) by patients from its 11 clinics over the past four years.

In the UK, narratives about saved women and babies have been a significant feature in anti-abortion campaigns to oppose bufferzones, which seek to prevent anti-abortion activists from being directly outside abortion clinics. Anti-abortion activists argue that without their presence, the ‘abortion industry’ will fail to seek ‘informed’ consent and coerce women into abortions. These presumptions are based on positioning abortion, and service providers, as inherently ‘evil’, whilst saving is rooted in Christian beliefs aimed at ensuring that souls go to heaven.

This article analyzes the ways in which rights-based arguments are utilized by anti-abortion activists in the UK. Drawing on an ethnographic study featuring 30 abortion clinic sites, anti-abortion marches, and other campaigns, we argue that rights-based claims form an important part of their arguments. In contrast to the way in which human rights law has been interpreted to support abortion provision, anti-abortion activists seek to undermine this connection through a number of mechanisms. First, they align their arguments with scientific discourse and attempt to downplay the religious motivation for their action. While this is an attempt to generate greater credibility for their campaign, ultimately, the coopting of scientific arguments actually becomes embedded in their religious practice, rather than being separate from it. Second, they reconfigure who should be awarded human rights, arguing not only that fetuses should be accorded human rights but also that providing abortion to women goes against women’s human rights. This article is important in showing how rights claims are religiously reframed by anti-abortion activists and what the implications are regarding debates about access to abortion services in relation to religious rights and freedom of belief.

Objectives: The internet has changed the organisation of sex work. The risk of sexually transmitted infections has frequently been a research focus, but less is known about sex workers’ use of contraception for pregnancy prevention. The aim of this research was to gain a better understanding of contraceptive preferences and provider interactions of online sex workers.

‘Go on, Go on, Go on’: Sexual Consent, Child Sexual Exploitation and Cups of Tea

This novel paper critically addresses a currently popular sex education resource which compares sexual consent to tea drinking. Drawing from a study which considered the meaning of consent through focus groups and interviews with young people and professionals, we argue that the central ‘risk avoidance’ message of such resources individualises the potential risks of non‐consensual sex and ignores the gendered social structures which shape interpersonal relationships. We suggest that simplifying and extrapolating sexual consent from broader cultural understandings is problematic. Conversations with young people are important, but they need to address the complexity of sexual consent, coercion and gendered sexual norms.

‘On the wet side of the womb’: The construction of ‘mothers’ in anti-abortion activism in England and Wales

Across the UK, there has been an increase in anti-abortion activism outside abortion clinics. The activism deployed includes explicitly religious activities such as ‘prayerful witnessing’ and ‘pavement counselling’, which aim to discourage women from entering clinics. This article stems from a wider ethnographic study of public activism over abortion to determine what claims about motherhood are being made within these debates. Two arguments are presented. First, how women’s role as mothers is central and essentialised in anti-abortion discourses, with the body of the mother often disappearing as activists seek to erode the distinction between a foetus and a baby by constructing pregnancy as a foetal environment. Motherhood is constructed as ‘natural’ and sacred, therefore abortion must be damaging because it destroys women’s ‘natural’ position. Second, the article argues that although the activists’ arguments are always religiously framed, their activism takes place in a largely secular context, meaning that they have to find ways of appealing to secular audiences. This leads to a complex interrelationship between secular and religious discourses, where theological viewpoints sit alongside ‘scientific’ claims to buttress activists’ views. This article explores how the presence and absence of mothers within activists’ narratives is due to the tensions between religiously based understandings of motherhood, and the need to appeal to a secular audience.