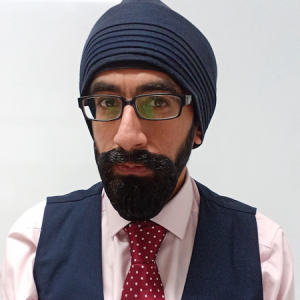 Raj Badhan's interest is in applying the principles of clinical pharmacokinetics to challenging pre-clinical and clinical scenarios. 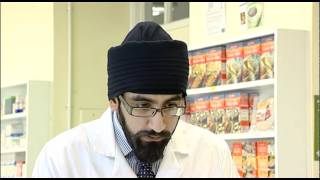 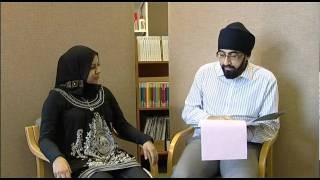 Raj has a broad background and interest in applying the principles of clinical pharmacokinetics to challenging pre-clinical and clinical scenarios in the context of medicines optimisation. As a pharmacokineticist and practicing pharmacist, he has a singular vision of developing tools and approaches which provide clear end-user/clinical benefits. This approach has driven successes in developing research tools to predict oral drug absorption and central nervous system drug biodistribution in addition to medicines optimisation for a range of disease conditions (e.g. tropical disease, cardiovascular disease, drug abuse).

Drug dosing during pregnancy—opportunities for physiologically based pharmacokinetic models

Journal of Pharmacokinetics and Pharmacodynamics

2020 Drugs can have harmful effects on the embryo or the fetus at any point during pregnancy. Not all the damaging effects of intrauterine exposure to drugs are obvious at birth, some may only manifest later in life. Thus, drugs should be prescribed in pregnancy only if the expected benefit to the mother is thought to be greater than the risk to the fetus. Dosing of drugs during pregnancy is often empirically determined and based upon evidence from studies of non-pregnant subjects, which may lead to suboptimal dosing, particularly during the third trimester.

2020 The second‐generation antipsychotic quetiapine has been demonstrated to undergo gestation‐related changes in pharmacokinetics. This study applied pharmacokinetic modelling principles to investigate the mechanism of these changes and to propose new dosing strategies to counteract these changes.

2020 Paroxetine has been demonstrated to undergo gestation‐related reductions in plasma concentrations, to an extent which is dictated by the polymorphic state of CYP 2D6. However, knowledge of appropriate dose titrations is lacking.

2020 The blood-brain barrier (BBB) serves to protect and regulate the CNS microenvironment. The development of an in-vitro mimic of the BBB requires recapitulating the correct phenotype of the in-vivo BBB, particularly for drug permeation studies. However the majority of widely used BBB models demonstrate low transendothelial electrical resistance (TEER) and poor BBB phenotype.

2019 Caucasian population groups have a higher propensity to develop skin cancer, and associated clinical interventions often present substantial financial burden on healthcare services. Conventional treatments are often not suitable for all patient groups as a result of poor efficacy and toxicity profiles. The primary objective of this study was to develop a deformable liposomal formulation, the properties of which being dictated by the surfactant Tween 20, for the dermal cellular delivery of epigallocatechin gallatein (EGCG), a compound possessing antineoplastic properties.