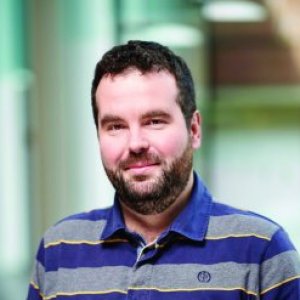 Dr Stuart Greenhill's research is focussed around the mechanisms of synaptic plasticity in physiological and disease states. By using a combination of electrophysiology, functional imaging and molecular biology, we can probe the receptors and cellular processes that cause neural circuits and synapses to alter their strengths and functions in response to the changing stimulus of the outside world. This natural process would appear to be subject to critical developmental periods and be disrupted in several psychiatric and neurological conditions, so further study of its function and dysfunction is crucial to our understanding of neuroscience and psychiatry.

The University of Edinburgh: BSc, Pharmacology 2004

Annals of Clinical and Translational Neurology

2020 The amino‐3‐hydroxy‐5‐methyl‐4‐isoxazolepropionic acid receptor (AMPAR) is increasingly recognized as a therapeutic target in drug‐refractory pediatric epilepsy. Perampanel (PER) is a non‐competitive AMPAR antagonist, and pre‐clinical studies have shown the AMPAR‐mediated anticonvulsant effects of decanoic acid (DEC), a major medium‐chain fatty acid provided in the medium‐chain triglyceride ketogenic diet.

Barrel Cortex as a Model System for Understanding the Molecular, Structural, and Functional Basis of Cortical Plasticity

2018 In this chapter we cover the methodology for molecular, synaptic, cellular, and systems level studies of plasticity in the barrel cortex. The text is organized into four main sections. Section 1 covers methods of inducing plasticity in the barrel cortex as well as how to stimulate the whiskers in a standard way. Section 2 covers extracellular recording for systems level measures of plasticity; section 3 describes the methodology of intracellular recording in vivo for cellular level measures of plasticity, and finally, section 4 covers imaging methods used in understanding the structural plasticity of the synapse and its relationship to functional plasticity.

2017 In vivo, theta (4–7 Hz) and gamma (30–80 Hz) neuronal network oscillations are known to coexist and display phase-amplitude coupling (PAC). However, in vitro, these oscillations have for many years been studied in isolation. Using an improved brain slice preparation technique we have, using co-application of carbachol (10 μM) and kainic acid (150 nM), elicited simultaneous theta (6.6 ± 0.1 Hz) and gamma (36.6 ± 0.4 Hz) oscillations in rodent primary motor cortex (M1). Each oscillation showed greatest power in layer V. Using a variety of time series analyses we detected significant cross-frequency coupling in 74% of slice preparations.

2016 Although the role of CCR5 in immunity and in HIV infection has been studied widely, its role in neuronal plasticity, learning and memory is not understood. Here, we report that decreasing the function of CCR5 increases MAPK/CREB signaling, long-term potentiation (LTP), and hippocampus-dependent memory in mice, while neuronal CCR5 overexpression caused memory deficits. Decreasing CCR5 function in mouse barrel cortex also resulted in enhanced spike timing dependent plasticity and consequently, dramatically accelerated experience-dependent plasticity.