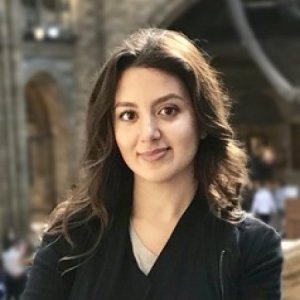 She is interested in online offensive and abusive language and other similar phenomena, such as cyberbullying, trolling and hate crime.

Tahmineh Tayebi's primary research is on language aggression and impoliteness. She is interested in online offensive and abusive language and other similar phenomena, such as cyberbullying, trolling and hate crime. She looks at these issues through the lens of pragmatics and discourse analysis. Tahmineh also has an interest in analysing the role of the ‘offendee’, or rather the ‘victim’, in online abuse and bullying and how it can potentially lead to proposing preventative measures.

Tahmineh has conducted extensive research on impoliteness and aggression in both online and face-to-face interactions. Outputs of these projects have been published in some of the leading journals of the field.

Impoliteness, aggression and the moral order

While studies devoted to impoliteness have been increasing in number, only scant attention has been paid to how impoliteness can be viewed as a reaction against attributes or social actions that are deemed undesirable. The current study is concerned with the relationship between ‘impoliteness’ and the notion of ‘moral order’. More specifically, we examine the aggressive comments directed towards the official Facebook page of an Iranian actress, living in exile, after posting a nude photograph of herself. We consider the impolite language used in the comments under investigation to have been occasioned by an implicature, and subsequently argue that such an aggressive language originates from a set of similar assumptions and expectations which seem to be part of the moral order. As the study reveals, considerations of impoliteness are heavily dependent upon the development of communities whose members apparently share, and demand, common beliefs and similar social values.

Implying an impolite belief: A case of tikkeh in Persian

The focus of this study is on a particular type of implied impoliteness in Persian commonly known as tikkeh. Given the lack of critical attention paid to the notion of implied impoliteness in the literature, the present study seeks to explore this issue further by addressing the following questions: (i) What is implied impoliteness? (ii) What are the properties which make it different from other types of conventionalized impoliteness? (iii) For whom is it offensive? And finally (iv) how does one evaluate an implied meaning as offensive? It will be argued that, in the right context, any utterance can potentially be evaluated as a tikkeh which can convey a negative impolite belief about the ratified and/or unratified hearer(s). In this respect, examples from both dyadic and polylogal interactions are provided. Along the way, the influence of relational histories as well as interpersonal expectations are also discussed.

Perception of (im)politeness and the underlying cultural conceptualisations

The present study sets out to investigate the role of ‘culture’ as one of the many important factors that influence the evaluation of (im)politeness in Persian from a Cultural Linguistics perspective. The paper argues that Cultural Linguistics, and in particular the notion of cultural schema, has the potential to offer a robust analytical framework for the exploration of (im)polite use of language. We elaborate on this proposal by presenting examples of data from Persian in which speakers interpret impolite behaviour in light of a number of Persian cultural schemas. The study also offers a novel three-layered approach for the analysis of (im)politeness data that combines metadiscourse analysis with the ethnography of cultural conceptualisations, while highlighting the importance of the notion of ‘heterogeneous distribution’ of cultural conceptualisations, a pivotal theoretical concept in Cultural Linguistics which accounts for the variations in speakers’ evaluation of (im)politeness.

Perceptions of Impoliteness from a Cultural Linguistics Perspective

This chapter explores the role of ‘culture’ in perceptions of impoliteness from a Cultural Linguistics perspective. Recent studies of impoliteness have identified a number of factors that influence speakers’ perception of (im)polite language use. The chapter argues that Cultural Linguistics has the potential to offer a robust analytical framework for the exploration of the cultural conceptualisations that are often associated with (im)polite use of language. The framework provides a set of analytical tools for bringing to the foreground features of human languages that are entrenched in cultural conceptualisations, including cultural schemas, cultural categories, and cultural metaphors. This chapter elaborates on this proposal by presenting examples of naturalistic discourse from Persian in which speakers interpret impolite behaviour in the light of a number of Persian cultural schemas. The study reported in this chapter also adopts a novel three-layered approach that combines (meta)discourse analysis with the ethnography of cultural conceptualisations for data analysis.

Why do people take offence? Exploring the underlying expectations