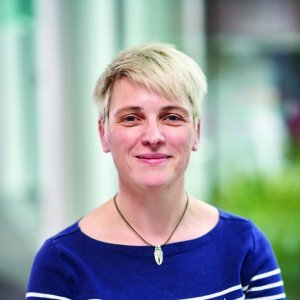 Dr Grzelczyk's research focuses on security relationships over the Korean Peninsula and especially about North Korea. 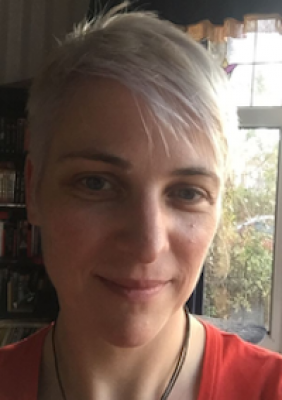 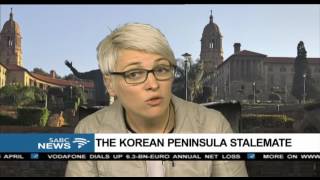 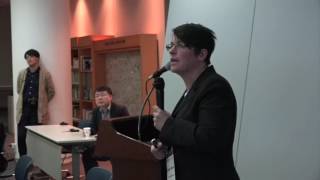 Dr Virginie Grzelczyk is a Reader in International Relations at Aston University and the Head of the School of Social Sciences and Humanities.

She holds a MA and PhD in Government and Politics from the University of Maryland, and a MA in Diplomacy and Security from Ewha University.

Virginie's research focuses on security relationships over the Korean Peninsula, and especially about North Korea, with publications spanning the Six-Party Talks process, North Korea’s energy Security Dilemma, Korean identity in the context of reunification and the concept of crisis in Northeast Asia.

Her latest project focuses on the Politics of Toys in Conflict and Post-Conflict Spheres and has been supported by a Leverhulme Research Fellowship.

At first glance, it is easy to call the meeting between US president, Donald Trump, and his North Korean counterpart, Kim Jong-un, “historic” and “unprecedented”. It was the first meeting between sitting leaders of the two countries, which are still technically in a state of war.

North Korea: is war on the cards again?

It looks like the party everyone was excited about won’t take place after all. After a few days of hinting that his mooted June 12 meeting in Singapore with Kim Jong-un looked compromised, Donald Trump sent a “Dear John” letter to Kim bluntly informing him that the meeting is off.

North Korea wants to a strike a deal – is Trump the right man for the job?

After a fearful year of brinksmanship, the recent summit between South Korean president Moon Jae-In and North Korean supreme leader Kim Jong-un was a beautiful moment of hope. The two leaders stepped back and forth over the Military Demarcation Line between their two countries and shared Korean cold noodles brought specially from a famed Pyongyang restaurant. They planted a tree and fed it water from two rivers, North Korea’s Taedong and South Korea’s Han.

Dr Virginie Grzelczyk, an expert on North Korea at Nottingham Trent University, said: 'South Korea and the United States are still holding joint military drills until the end of April, and in light of this military activity, North Korea seems to be flexing some muscles, or actually signifying that it, too, is a military power.

“For North Korea, it is about expanding their ‘influence’ to anywhere it can,” says Virginie Grzelczyk, a North Korea specialist at Nottingham Trent University in the UK. “This helps justify the regime, and it is also seen as a beacon for some countries and some people.”

From Balancing to Bandwagoning: Evaluating the Impact of the Sanction Regime on North Korea–Africa Relationships

Article Type: Research Paper Purpose—The DPRK has maintained an extensive array of foreign relationships over the past decades, both for political and economic gains. This article evaluates the impact of the current sanction regime on the DPRK's activities with African countries. Design/Methodology/Approach—The analysis is conducted by using a bespoke behavior framework based on Stephen Walt's "balance of threat" theory. This framework develops the concepts of balancing, defensive bandwagoning, and opportunistic bandwagoning as potential behaviors of African states following the imposition of United Nations Security Council Resolutions to sanction North Korea from 2006 until 2017. Findings—Evidence suggests that some long-standing relationships based on military and economic cooperation have been severed in recent years; thus, it supports a general balancing behavior. Findings also suggest that a specific group of countries subscribe to new opportunistic and defensive bandwagoning by embarking on talks and partnerships in the fields of health and science, regardless of the sanction regime, signaling defiance against a Western-led world order. Practical Implications—Patterns of rapprochements between North and South Korea and between North Korea and the United States have large implications for the potential removal of UNSCRs that paralyze North Korean foreign relations and slow its potential development. A clearer understanding of the DPRK's economic and market networks abroad, as well as potential political allies, can help differentiate between legitimate activities and illegal ones. hence, it allows a more informed approach to engage with the DPRK. Originality/Value—The article looks at the DPRK's relationships with countries that have often been ignored because they were not seen as important, given that North Korea was never expected to be successful in developing advanced military and nuclear technology. It is original as it looks at declassified official documents, official economic and military trade records and news archives, and presents an encompassing analysis of 51 African countries' relationships with the DPRK over time. The results of the study are valuable as they add to the understanding of the DPRK's foreign policy behavior, which is important given its potential nuclear status.

A future, but at what cost? Cuba and the Democratic People’s Republic of Korea’s quest for sustainable development

This paper looks at the question of development by focusing on both Cuba and the Democratic People’s Republic of Korea. At the heart of the project is the notion of sustainability, and how to achieve well-being even in the most challenging conditions, isolated economies and sanction-laden realities. This is done by tracing both countries’ engagement and development in the fields of health and education. We suggest that political engagement with these countries should be prioritised, without challenging an established political order but with its consent, and with the hope that future generations are socialised to a culture of openness.

Threading on thin ice? Conflict dynamics on the Korean Peninsula

In 2018, both the Republic of Korea (ROK) and the Democratic People’s Republic of Korea (DPRK) will mark the 70th anniversary of the establishment of their separate governments. This is a sad reminder that much remains frozen on the Korean Peninsula. For one, families have been separated and communication channels between the two Korean populations are almost non-existent. Yet, stability is precariously established by an Armistice that was signed in 1953 and that was never replaced by a permanent peace mechanism. Moreover, North Korea’s rapid nuclear development has contributed to tensions and uncertainties, and the Six-Party Talks, originally designed to ensure the denuclearisation of the peninsula, has been at a standstill for almost 10 years. The Korean story is thus a prime case to study the dynamics of a frozen conflict and this article contributes to the existing literature and analysis of frozen conflicts by suggesting looking at peaceful and violent thawing, as well as conflict withering. In order to so, the paper focuses on three crucial levels: (1) the micro level, the impact of the Armistice in light of today’s Koreas as opposed to their status and standing at the end of the Korean War in 1953, (2) the meso level with geostrategic concerns concentrated over sectorial policies surrounding the Korean Peninsula in a globalised world, and (3) the macro level with the changing nature of security governance. It is argued that in a catch-22 motion, the thread of violent thawing maintains the conflict in its frozen state.

In this introduction to the collection, we explain its focus on non-Western small states. While the terms ‘non-Western’ and ‘small states’ are problematic – we discuss these problems here – the smallness and non-Westerness of the states studied by the contributing authors set them apart in a way that has attracted little academic attention so far. They allow them to operate with fewer normative and practical constraints than their bigger, Western counterparts; offer them a wide range of (often historically forged) political ties; and force them to draw on a diversity of approaches and strategic thinking, and a creativity, that they are too rarely credited for. Non-Western small states, rather than being mere survivors constrained to the world’s periphery, are better understood as activist states intent on existing. The collection offers a range of analytical keys to make sense of these states and their role in the international scene.

Going it alone? North Korea’s adaptability as a small power in a changing world

This article uses small states scholarship to map North Korea’s evolution from a post-colonial small state to a system-influencing state due to its nuclear weapons programme. The framework allows for contributions to: (1) The DPRK literature which in some parts has suggested the future collapse of the state, (2) The small states literature that suggests they can only survive if they integrate larger political and/or economic units, (3) The mainstream IR literature and its dominant realist streak that considers great powers and their will as the main drivers in contemporary world politics.