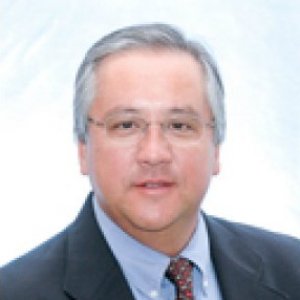 
Professor Feasel is responsible for academic affairs at Soka University.

Dr. Feasel is a founding faculty member of Soka University. Joining the team in 1998 as Dean of Students, he played an instrumental role in developing the outline for the undergraduate curriculum including general education courses and requirements, concentration requirements, and electives. Dr. Feasel served as Dean of Faculty at Soka from 2005 to 2017, where he oversaw an annual budget of $9 million and a staff of 46 full-time and 25 part-time faculty members. In 2015, Dr. Feasel became Chief Academic Officer and Vice President for Academic Affairs.

Dr. Feasel has an academic background in Economics and has continued lecturing on the topic since 1991.

University of California at Berkeley: Ph.D.

On the Relative Importance of Demand and Supply Shocks: a Panel VAR Study for US States

2017 This article is a panel VAR study of demand and supply shocks in the USA using state-level data where structural shocks are decomposed into state idiosyncratic and common components. Decomposition suggests that in all instances, idiosyncratic state shocks rather than common shocks have larger impact and explain most variation in both the state-level unemployment rate and real gross state product. Further, demand shocks are the primary driving force in unemployment rate fluctuations, while both demand and supply are important in output movements to varying degree of impact and importance depending on the use of quarterly or annual data.

2013 This paper utilizes panel VAR analysis to investigate the relationship between the sentiment of Japanese citizens toward their trading partners and the flow of trade. Using a system GMM approach, short- and long-run restrictions are applied in a panel VAR setting for the first time to identify structural shocks to sentiment, imports, exports, and the exchange rate. Results show that people's collective psychological workings and trade patterns are interrelated. Evidence of a strong asymmetric relationship between imports and sentiment is found: increases in sentiment lead to higher imports, but a positive shock to imports causes significant drops in sentiment.

2013 The paper examines factors affecting subjective well-being across 58 countries. At the individual level, higher income and education, being female, married, and a housewife are all strongly associated with higher subjective well-being. Negative effects were observed for those who are unemployed and older. Macro variables in six categories were also examined: economic, freedom, religion, legal origin, fractionalization, and “other”. The results give evidence of the importance of cultural and institutional variables, in addition to economic ones, for understanding variation in subjective well-being. Significant differences in how the variables affect well-being across low and high income countries were also observed.

2013 Vietnam has become a model for achieving rapid economic development. In 2009, the country reached “middle income” status and joined a number of other Asian countries that have shown remarkable economic progress in a short period of time. An important element in this success has been the Official Development Assistance (ODA) that the country has received from around the world, including multilateral aid agencies such as the World Bank and the Asian Development Bank. It is Japan that has served as Vietnam’s largest single donor for over a decade and has provided steady economic support during both smooth and turbulent times. This steadfast support has aided the government of Vietnam in maintaining economic stability during two international financial crises.

Understanding Attitudes toward Globalization at the Individual and National Level

2012 The paper utilizes surveys from the Pew Research Center to develop an extensive dataset consisting of 53 countries, for the years 2002, 2007 and 2008, with over 80,000 respondents to examine attitudes toward globalization at the individual and national level. Attitudes vary widely across countries with important determinants at the national level being FDI, trade, net migration and GDP per capita. The first two macro linkages, FDI and trade, are found to be positively associated with benefits from globalization. Net migration is found to have a negative association. The results help to explain why the US, with relatively lower FDI and trade and higher net migration, has the lowest perceived benefits to globalization in the sample. Results also show that wealthier individuals and nations have higher perceived benefits from globalization. There is evidence that less skilled individuals view greater benefits to globalization compared to skilled workers in very poor countries.