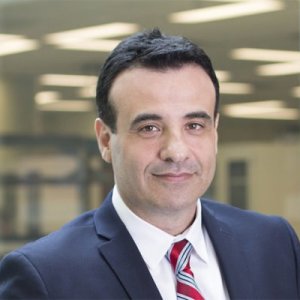 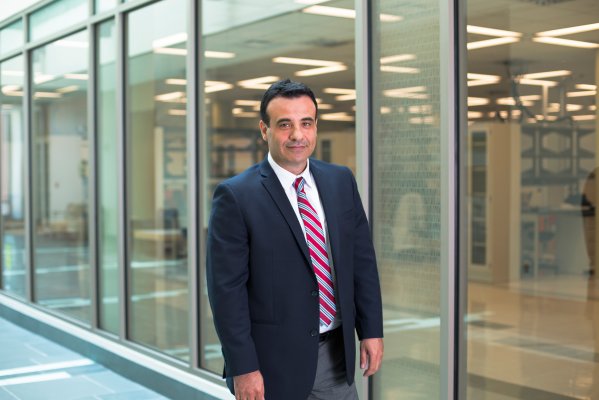 Research Paper of the Year (professional)

Cell phones are everywhere. About 7 billion of them are in use worldwide, but concerns remain about the safety of the electromagnetic fields they produce. That’s why two students and a professor at Virginia Commonwealth University are launching a business to protect pregnant women, their babies and anyone else who’s worried about exposure.

“Don’t forget the state capital!” cried a voice from the audio system through which several members of the Commonwealth Cyber Initiative’s executive committee participated in the panel’s inaugural meeting here in late August. The Richmond reminder came from Erdem Topsakal, chairman of the Department of Electrical and Computer Engineering at Virginia Commonwealth University. Topsakal was one of two members added to the fledgling executive committee as Virginia Tech has moved to reassure a panel overseeing the budgeted $25 million state investment that higher education institutions across Virginia will be part of the blueprint for the initiative known as CyberX. “I’m willing to do whatever I can do to make this thing happen,” Topsakal told executive committee members gathered Aug. 28 at Tech’s Northern Virginia campus of the Hume Center for National Security and Technology. Soon after VRIC met with Tech officials in mid-August, they added Topsakal and Northern Virginia Community College President Scott Ralls to the executive committee and expanded membership in four phase-one working groups to include nearly 50 people. The opportunity is huge for Topsakal and his colleagues at VCU, which has already established a cybersecurity center under the direction of Milos Manic, a computer science professor. It is preparing to create the VCU Center for Analytics and Smart Technologies under the direction of Sherif Abdelwahed, a professor of electrical and computer engineering. They also work on what Topsakal calls “smart cities,” technology to improve and protect traffic control systems, water and wastewater, and the other networks that make modern communities work. 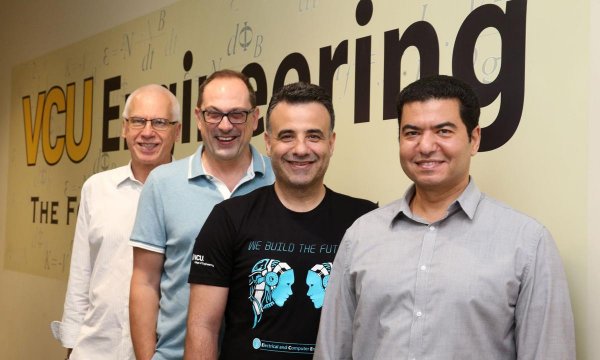 As cell phones and other wireless technologies proliferate, there is growing concern about the health effects of the electromagnetic radiation these devices emit. Tiny Tech, a startup from the Virginia Commonwealth University School of Engineering, is addressing those concerns by weaving effective EM radiation shielding into clothing.

On the heels of the FCC’s decision to approve new “5G” broadband rules, concerns over electromagnetic radiation may be even more heightened. As we reported, at least 10% of the population has already developed “electro-sensitivity." Those who suffer from the condition have an intolerance to wireless transmissions which may be marked by symptoms such as headaches, sleep disturbances, and dizziness.

A research team based in the Virginia Commonwealth University Department of Electrical & Computer Engineering has received funding to develop a device that will improve comfort, safety and quality of life for the nearly one out of seven adults in Virginia who have diabetes.

Virginia Commonwealth University School of Engineering has appointed Erdem Topsakal, Ph.D., as Chair of the Electrical and Computer Engineering (ECE) department. Topsakal joins VCU from Mississippi State University (MSU) and brings with him more than two decades of applied electromagnetic research. “My number one priority,” he said, “is to let every student know that they will get the best ECE education in the world from VCU.”

Flexible microwave antenna applicator for chemothermotherapy of the breast

2015 In this study, a flexible microwave antenna applicator is presented for mild microwave hyperthermia. The antennas used in this study are designed for high dielectric medium-like skin and tested using tissue mimicking gels that mimic the dielectrical properties of the human breast. After the initial antenna design the applicator is fabricated embvedding the antennas in PDMS. Finaly, we have tested the applicator using masimu of 5W input power. The experiments sugges that the proposed applicator provides a considerable heating up to 4cm depth with 5W at 450 MHz.

IEEE Transactions on Antennas and Propagation

2014 A wearable health monitoring sensor integrated with a body-area network is presented for the diagnosis of pulmonary edema. This sensor is composed of 17 electrodes with 16 ports in-between and is intended to be placed on the human chest to detect lung irregularities by measuring the lung's average dielectric permittivity in a non-invasive way. Specifically, the sensor's active port is fed by a 40 MHz RF signal and its passive ports measure the corresponding amplitudes of the scattering parameters (S-parameters). The dielectric constant of the lung is then post-processed and expressed as a weighted sum of the S-parameters measured from each port. An important aspect of the sensor is the use of multiple electrodes which mitigates the effect of the outer layers (skin, fat and muscle) on the lung's permittivity. This allows for the characterization of deeper tissue layers. To validate the sensor, tissue-emulating gels were employed to mimic in-vivo tissues. Measurements of the lung's permittivity in both healthy and pulmonary edema states are carried out to validate the sensor's efficacy. Using the proposed post processing technique, the calculated permittivity of the lung from the measured S-parameters demonstrated error less than 11% compared to the direct measured value. Concurrently, a medical sensing body-area network (MS-BAN) is also employed to provide for remote data transfer. Measured results via the MS-BAN are well matched to those obtained by direct measurement. Thus, the MS-BAN enables the proposed sensor with continuous and robust remote sensing capability.

2013 In this study, we show a correlation between electrical properties (relative permittivity–εr and conductivity–σ) of blood plasma and plasma glucose concentration. In order to formulate that correlation, we performed electrical property measurements on blood samples collected from 10 adults between the ages of 18 and 40 at University of Alabama Birmingham (UAB) Children's hospital. The measurements are conducted between 500 MHz and 20 GHz band. Using the data obtained from measurements, we developed a single-pole Cole–Cole model for εr and σ as a function of plasma blood glucose concentration.

2013 The development of most medical systems depends on the accurate characterization of the dielectric properties [relative permittivity (εr) and conductivity (σ)] of biological tissues. The main objective of this study is to measure the dielectric properties of porcine skin tissue in the frequency range of 300 MHz-3 GHz. The skin samples were provided from three pigs of same age, sex, and breed. The measured data was similar to the dielectric properties of human skin tissue. A three-pole Cole-Cole model is also used to fit the dielectric properties as a function of frequency for future studies. To show porcine skin tissue may be used as a substitute for human skin, implantable antennas designed using human-skin electrical properties are fabricated. The antennas are surgically implanted into two porcine test subjects at the Mississippi State University (MSU) College of Veterinary Medicine, and return loss measurements are carried out. In vivo studies are performed over the course of two weeks to verify the proper vaibility of the antennas. Antenna measurements show that porcine and human skin tissues give similar responses.

A Small Implantable Antenna for MedRadio and ISM Bands

2012 In this letter, we present a small implantable antenna for MedRadio (401–406 MHz) and ISM (433–434.8 MHz) bands. The antenna is designed to be implanted under the skin and therefore tested by using skin-mimicking gels. We found very good agreement between the simulated and measured return loss. The antenna provided reliable data telemetry up to 20 m when tested indoors.