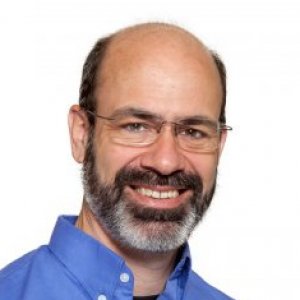 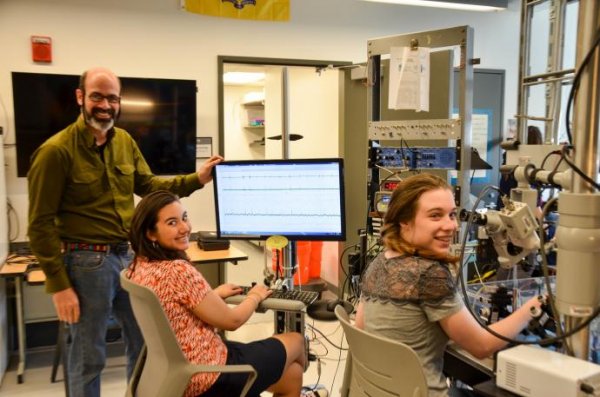 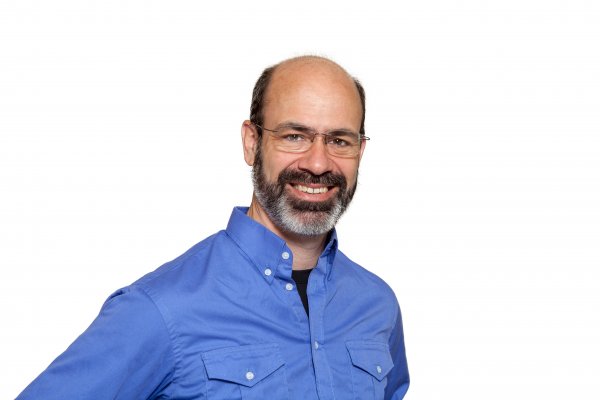 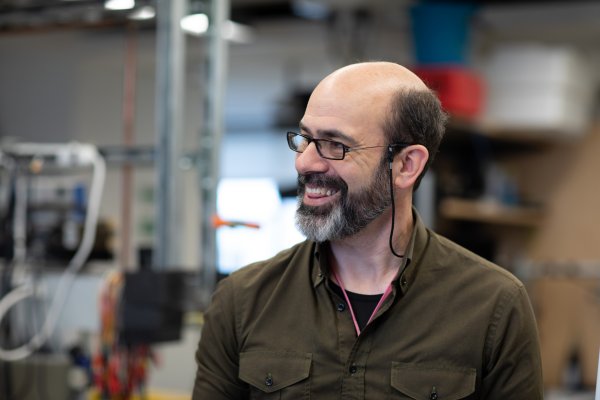 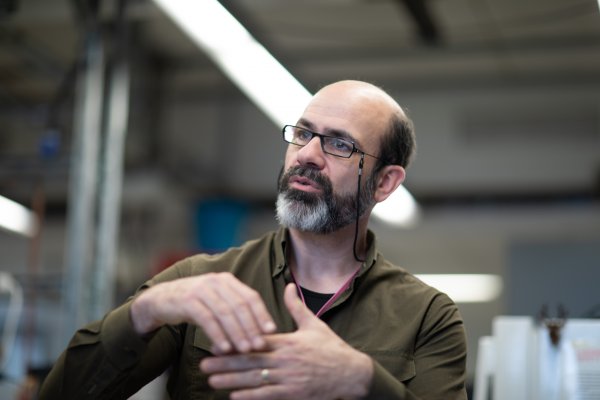 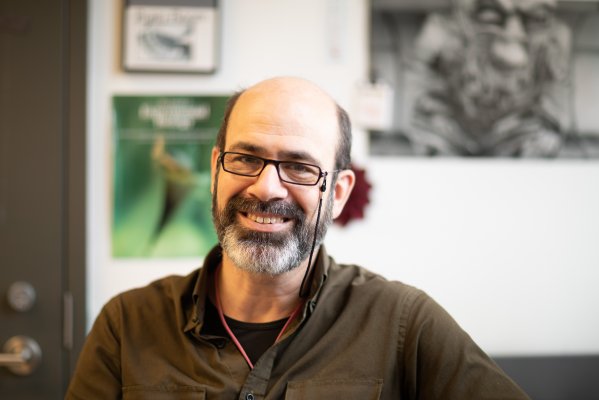 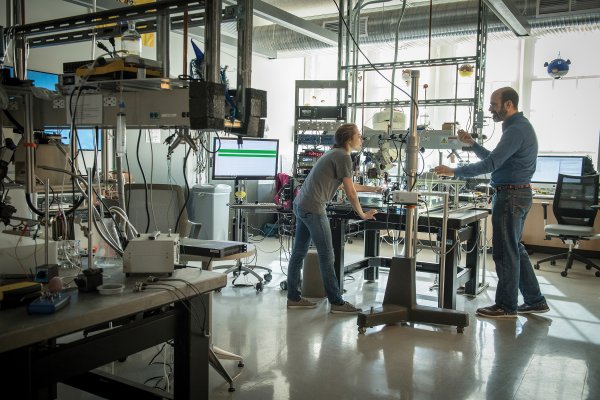 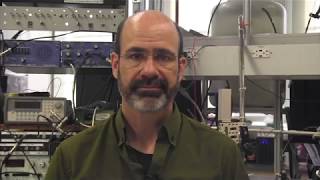 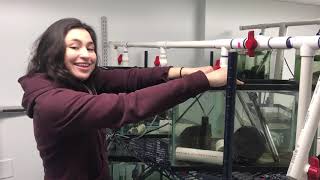 Eric Fortune is an associate professor who specializes in evolutionary biology, specifically the mechanisms and evolution of animal behavior. Fortune's published research spans from identifying neurophysiological signals in cooperative singing in Wrens, to analyzing electric-based communication and behavior in cavefish.

His research has been profiled by CNN, NPR, The New York Times and others.

Songbirds act as one when they sing together, new study suggests

The exchange of auditory feedback between the birds "momentarily inhibits motor circuits used for singing in the listening partner, which helps link the pair's brains and coordinate turn-taking for a seemingly telepathic performance," according to a news release. It's not telepathy -- but almost, according to study coauthor Eric Fortune, a neurobiologist and associate professor at New Jersey Institute of Technology's department of biological sciences. "The birds hearing each other links their brains to act as one," he told CNN. 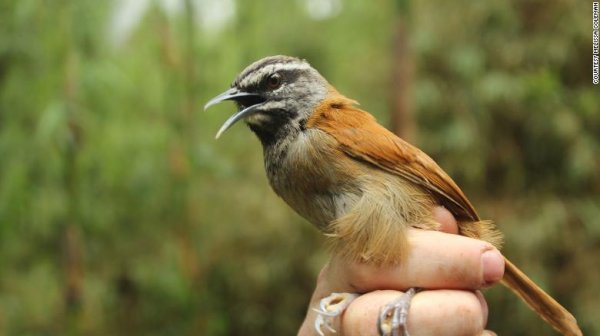 Researchers have shown how a cave-adapted glass knifefish species of roughly 300 living members (Eigenmannia vicentespelea) has evolved from surface-dwelling relatives (Eigenmannia trilineata) that still live just outside their cave door -- by sacrificing their eyes and pigmentation, but gaining slightly more powerful electric organs that enhance the way they sense prey and communicate in absolute darkness.

"What this study shows is the deep role of sensory feedback in everything we do," said Eric Fortune, professor at NJIT's Department of Biological Sciences and author of the study, funded by the National Science Foundation. "People have been trying to figure out how the animal movement works forever. It turns out that swapping brains of these fishes is a great way to address this fundamental question and gain a better understanding for how we might control our bodies."

"What is most exciting is that this study has allowed us to explore feedback in ways that we have been dreaming about for over 10 years," said Eric Fortune, associate professor of biology, who led the study at NJIT. "This is perhaps the first study where augmented reality has been used to probe, in real time, this fundamental process of movement-based active sensing, which nearly all animals use to perceive the environment around them."

“What we found that wasn’t known before is animals constantly regulate these movements to optimise sensory input,” said Cowan. “The action to perceive the world is under constant regulation,” added Eric Fortune from NJIT. “We think that’s also true for humans.” One example of how humans use movement to optimise sensory input is moving our hands up and down to estimate the weight of an object we are holding, the team speculates in a paper in Current Biology describing their research.

In Andes, 2 Wrens Sing What Sounds Like a Solo

As plain-tailed wrens dart through Chusquea bamboo in the Andes, they can be heard singing a kind of song that no other bird is known to sing: a cooperative duet. New research shows that male-female pairs take turns producing notes, at a combined rate of three to six per second, to create what sounds like a single bird’s song. Each member of the duo reacts to what the other one does, adjusting the timing and pitch as needed to maintain the melody the two are trying to play together... 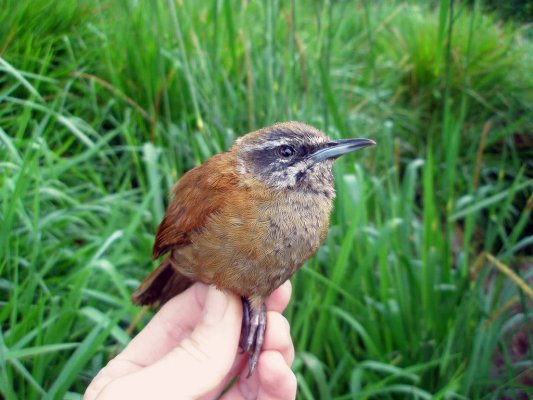 2021 We investigated how plain-tailed wrens (Pheugopedius euophrys) use acoustic feedback to coordinate extraordinary duet performances in which females and males rapidly take turns singing. We made simultaneous neurophysiological recordings in a song control area “HVC” in pairs of singing wrens at a field site in Ecuador. HVC is a premotor area that integrates auditory feedback and is necessary for song production. We found that spiking activity of HVC neurons in each sex increased for production of its own syllables. In contrast, hearing sensory feedback produced by the bird’s partner decreased HVC activity during duet singing, potentially coordinating HVC premotor activity in each bird through inhibition.

2020 We examined the distribution of tyrosine hydroxylase, a conserved precursor for the synthesis of the catecholamines dopamine and noradrenaline, in the brains of surface and cave Astyanax using immunohistochemistry. We found differences in tyrosine hydroxylase staining in regions that are associated with nonvisual sensory perception, motor control, endocrine release and attention. These differences included significant increases in the diameters of tyrosine hydroxylase immunoreactive soma in cave Astyanax in the olfactory bulb, basal telencephalon, preoptic nuclei, ventral thalamus, posterior tuberculum and locus coeruleus. These increases in modulation by dopamine and noradrenaline likely indicate changes in behavioral control that underlie adaptations to the cave environment.

2020 We examined how animals compensate for morphophysiological variation by measuring the system dynamics of individual knifefish (Eigenmannia virescens) in a refuge tracking task. Kinematic measurements of Eigenmannia were used to generate individualized estimates of each fish’s locomotor plant and controller, revealing substantial variability between fish. To test the impact of this variability on behavioral performance, these models were used to perform simulated ‘brain transplants’—computationally swapping controllers and plants between individuals. We found that simulated closed-loop performance was robust to mismatch between plant and controller. This suggests that animals rely on feedback rather than precisely tuned neural controllers to compensate for morphophysiological variability.

2020 A troglobitic population of blind cavefish Eigenmannia vicentespelea survives in complete darkness in a cave system in central Brazil. We examined the effects of troglobitic conditions, which includes a complete loss of visual cues and potentially reduced food sources, by comparing the behavior and movement of freely behaving cavefish to a nearby epigean (surface) population (Eigenmannia trilineata). We found that the strengths of electric discharges in cavefish were greater than in surface fish, which may result from increased reliance on electrosensory perception, larger size and sufficient food resources.

2019 During refuge tracking, fish produce two categories of movements: smooth pursuit that is approximately linear in its relation to the movement of the refuge and ancillary active sensing movements that are nonlinear. We identified four categories of nonlinear movements which we termed scanning, wiggle, drift, and reset. To examine the relations between sensory cues and production of both linear smooth pursuit and nonlinear active sensing movements, we altered visual and electrosensory cues for refuge tracking and measured the fore–aft movements of the fish.