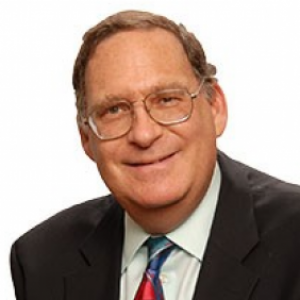 
Professor Freedman focuses on constitutional law and history, as well as the death penalty and habeas corpus 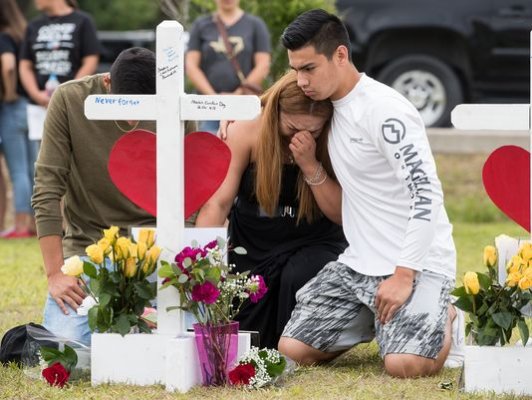 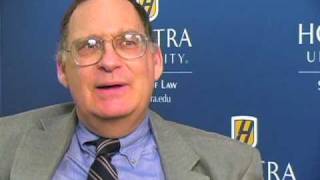 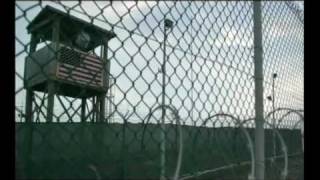 Professor Freedman has two primary areas of academic interest. One is constitutional law and history, with a special emphasis on the history of the Revolutionary period, First Amendment topics, and separation of powers. The second is litigation-centered and includes the fields of civil and criminal procedure and strategy, with a focus on the death penalty and habeas corpus. He has testified on these matters several times before Congress and other legislative bodies.

Professor Freedman is actively involved in the continuing professional education of lawyers and judges, and in providing pro bono litigation advice and representation, most recently with respect to issues arising from the campaign against terrorism.

He is the reporter for the ABA's Guidelines for the Appointment and Performance of Defense Counsel in Capital Cases, which were released at a conference at the Law School in 2003, and the author of Habeas Corpus: Rethinking the Great Writ of Liberty, published by New York University Press. Professor Freedman also serves as a member of the American Law Institute, a fellow of the American Bar Foundation, and a director of and counsel to the National Coalition Against Censorship.

Professor Freedman was elected as Teacher of the Year by the graduating class of 2006. In 2004, he received the Dybwad Humanitarian Award of the American Association on Mental Retardation for his work in exonerating an innocent Virginia death row inmate in Virginia. He formerly chaired the City Bar Association's committee on civil rights, and served on its executive committee and committees on capital punishment, communications law, and legal history.

Before coming to Hofstra, Professor Freedman was a litigator with the New York City law firm of Paul, Weiss, Rifkind, Wharton & Garrison, where he pursued both general commercial practice and numerous pro bono matters. Professor Freedman also served as a law clerk to Judge Irving R. Kaufman of the U.S. Court of Appeals for the Second Circuit, studied abroad on a Fulbright Scholarship, and served as an editor of the Yale Law Journal.

The practical and legal difficulties that have frustrated Arkansas’s plan to execute eight prisoners in 10 days are a vivid example of the troubled state of the death penalty. “The ship has far too many leaks, large and small, to reach its destination reliably,” said Eric M. Freedman, a law professor at Hofstra University. “The Arkansas example vividly shows the courts scrambling to patch some of them at the last second.”

In its support of Guantanamo the document is likely to renew a debate, which the Obama administration considered closed, about whether military tribunals offshore or civilian trials in American courts offer a fairer and more efficient path to justice. “To take a step backward would be both practically misguided and morally indefensible,” said Eric Freedman, a constitutional law professor at Hofstra University and a legal consultant for Guantanamo detainees.

“Of course they have to give you the same amount of credit [for pro bono cases],” said Eric Freedman, a law professor at Hofstra University, who worked on a capital case pro bono as a Paul Weiss associate earlier in his career. Freedman said that part of managing a pro bono program includes taking steps to ensure the work is being performed at an optimal level, that commercial work isn’t taking priority and that individual attorneys’ careers aren’t being hurt by working on pro bono cases...

Charleston Suspect Up Against South Carolina’s Record On Death Penalty

While none of them have said publicly whether they want the prosecutor to seek death, their merciful stances suggest that they may well oppose execution, experts in capital punishment say. Those wishes could prove difficult for Wilson to ignore. “All prosecutors say that they are very influenced by the family,” said Eric M. Freedman, a professor of constitutional rights at the Maurice A. Deane School of Law at Hofstra University. “It’s a factor, but it’s not the biggest factor.”

What’s a Reasonable Way to Kill Someone?

In Glossip v. Gross, the Supreme Court won't ban capital punishment. But it may go beyond simply saying whether midazolam is constitutional, says Eric M. Freedman, a law professor at Hofstra University who lectures and writes about death penalty issues. “The justices take roughly 80 cases per year, and they hate to waste those cases by issuing opinions that do not give some general guidance to the world," he says. "It’s possible that simply saying ‘midazolam is no good’ might not be good enough and that instead, they will offer that a good alternative to midazolam should have these specific characteristics.”...

Boston Is Eager to Begin Marathon Bombing Trial, and to End It

Defense lawyers not affiliated with the case say that a plea deal for a life sentence could yield the same outcome as a trial, without the time and expense. Moreover, they say, it would spare everyone from reliving traumatic events, and the defendant could not appeal, meaning he would not keep cropping up in the news. “It makes all kinds of sense that they avoid a trial, and not just because of the very high probability that he will be found guilty,” said Eric M. Freedman, a death penalty specialist at Hofstra University Law School. “The families get to say their piece. And he does not get to become a martyr.”

A Lot More Comes into Focus When You Remove the Lens Cap: Why Proliferating New Communications Technologies Make it Particularly Urgent for the Supreme Court to Abandon its Inside-Out Approach...

2016 This article calls for an end to the doctrinal distinction between speech that is "inside" the First Amendment and that which is "outside" it. By re-examining the premises underlying its vindication of the summary suppression of obscenity, and overruling the moribund yet still-mischievous cases of Chaplinsky v. New Hampshire, 315 U.S. 568 (1942) (denying First Amendment protection to "fighting words") and Beauharnais v. Illinois, 343 U.S. 250 (1952) (denying First Amendment protection to group libel), the Court would take an important step towards blunting a variety of modern threats to freedom of expression. Otherwise we risk having a Ptolemaic proliferation of First Amendment "exceptions" overwhelm whatever core of "rule" may be left...

The Law as King and the King as Law: Is a President Immune from Criminal Prosecution Before Impeachment?

2016 This article argues that a sitting President is subject to criminal indictment. Part I reviews what is known about the history of the issue at the time of the adoption of the Constitution. It brings to light the previously unremarked fact that there was explicit disagreement on this point. Part II examines national historical practice since the ratification of the Constitution, and finds that all high federal officeholders-through and including the Vice President-have been uniformly considered subject to criminal prosecution while in office...