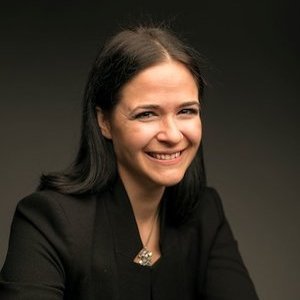 
Expert in the neuroscience of mental illness and addiction, including gender differences. 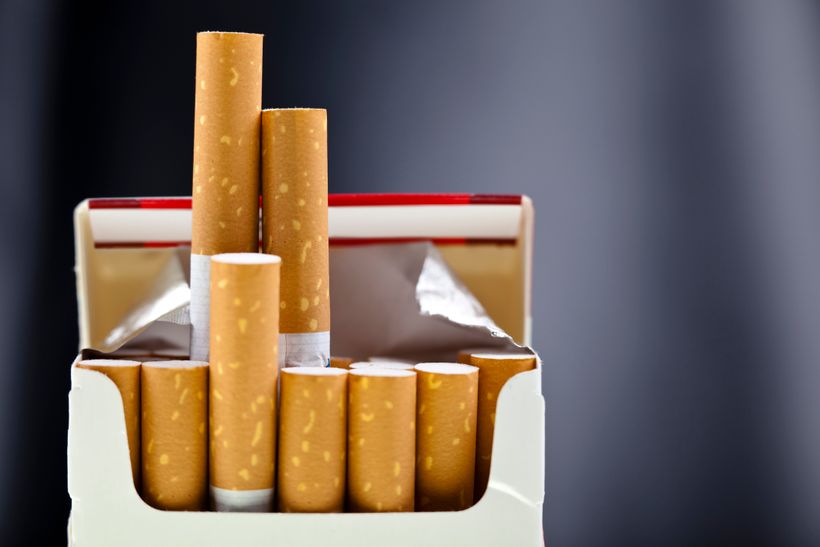 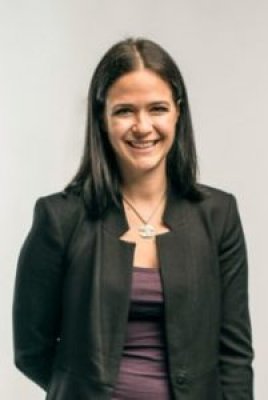 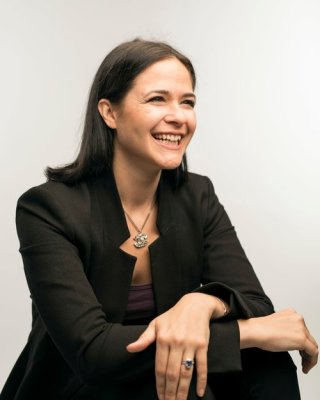 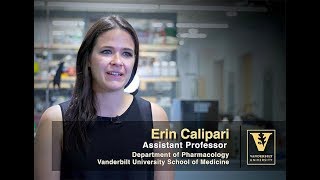 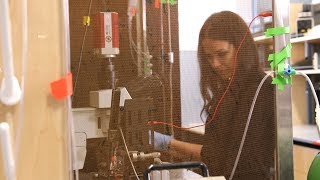 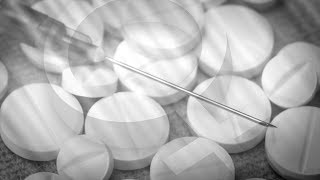 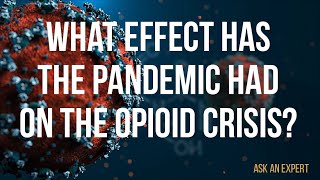 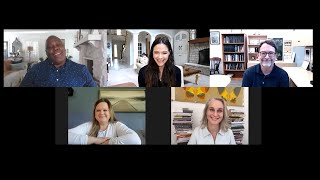 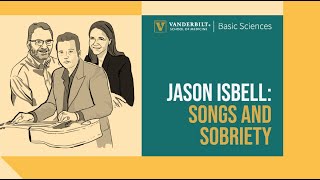 Calipari received her PhD in Neuroscience in 2013 in the laboratory of Sara Jones at Wake Forest University School of Medicine where she studied how self-administered drugs altered dopaminergic function to drive addictive behaviors. She then went on to complete her postdoctoral training with Eric Nestler at Icahn School of Medicine at Mount Sinai, where she used circuit probing techniques to understand the temporally specific neural signals that underlie motivation and reward learning. She is currently an Assistant Professor at Vanderbilt University in the Department of Pharmacology. Her independent work seeks to characterize and modulate the precise circuits in the brain that underlie both adaptive and maladaptive processes in reward, motivation, and associative learning.

2017, College on Problems of Drug Use and Dependence

The FDA Plans to Lower Nicotine Levels in Cigarettes: Why That Matters

Erin Calipari, Ph.D., a professor and addiction specialist at the Vanderbilt School of Medicine, also has concerns that a reduction in nicotine levels will lead to tobacco users smoking more. “From the research that I do that looks at the factors that influence reinforcement behavior—the probability of doing something over and over again—when you cut the dose in half with drugs, individuals will do whatever they’re doing to get twice as much,” she says.

Drug Addiction and How It Affects the Brain

On today's MorningLine, we talk addiction but from a different perspective - how the brain gets addicted. Dr. Erin Calipari, Assistant Professor of Pharmacology at Vanderbilt, joins us to explain how addiction work and the many ways it will affect our brain.

“I think what’s happening now is we’re looking and saying, okay, we still have an opiate problem, we’re still seeing overdose deaths that are incredibly high. During the pandemic, they’ve only continued to rise and I think that they’re saying, Okay, well, people are having a hard time getting pain medication, but it isn’t stopping the issue that we have with addiction,” said Dr. Erin Calipari, an assistant professor in the Vanderbilt University Department of Pharmacology. “So how do we combat those? And I think it’s a really, really difficult problem.”

While plenty of people were throwing around the terms "addicted" and "addiction" when talking about the social media platforms, it's tricky to actually call regular social media usage an "addiction," Erin Calipari, a professor and addiction specialist at the Vanderbilt School of Medicine, tells Yahoo Life. Still, she says, some people definitely display "addictive behaviors" when it comes to using these platforms — and there's a reason for that.

This Combination of Medicines May Help Heavy-Drinking Smokers Quit

“The findings point to a complex problem facing the addiction field: many people suffer from multiple addictions that are occurring at the same time and treating these co-occurring addictions may be different and more difficult than treating either addiction alone,” Erin Calipari, PhD, assistant professor of pharmacology at the Vanderbilt University School of Medicine, tells Verywell. “These findings are really important for clinicians that are treating individuals with substance use disorders.”

Pandemic mixed with the holidays is a cocktail for relapse, creating new addicts

Now, new research from Vanderbilt University shows not only are more people drinking alcohol and abusing other drugs during the pandemic, but that this increase could create new addicts as well. “You’re seeing an increase in drinking, in drug use in people at home. When the pandemic’s over, this isn’t going to go away," said Erin Calipari, Ph.D., with the Vanderbilt Center for Addiction Research.

Stress from job losses can push some to drug use or knock recovering addicts off the path to sobriety, said Erin Calipari, principal investigator at the Vanderbilt Center for Addiction Research. “When you start looking at data across the country, you see there’s a massive spike in overdoses,” Calipari said. “This is above and beyond what we saw with the opioid epidemic. It’s getting much, much worse.”

As the COVID-19 global pandemic continues, in Nashville, the opioid epidemic is getting worse. "We're also seeing a new population of people who are now suffering with substance abuse disorder and this isn't going to go away when the pandemic goes away," said Erin Calipari, Assistant Professor of Pharmacology at Vanderbilt University's School of Medicine. Erin Calipari studies how stress creates instability for people with substance use disorders.

A Device That Heats Tobacco, But Doesn't Burn It, Can Now Be Sold in the U.S. Here's What to Know About IQOS

Erin Calipari, an assistant professor of pharmacology at the Vanderbilt University School of Medicine, says it’s important to cut down on harmful byproducts of smoking, but it’s also important to remember that nicotine is an addictive drug on its own, and is not without risks. “Nicotine is a stimulant. Stimulants have effects on the brain, and they have cardiovascular effects as well,” Calipari says. “We make a huge deal about the tar and the byproducts in cigarettes, but the drug addiction is incredibly important as well. Just because this minimizes other aversive outcomes doesn’t mean it’s safe.”

Meet the Calipari who holds court at Vanderbilt lab

Kentucky basketball coach John Calipari loves his older daughter, her homemade spaghetti and her pursuit of life-changing science. And he was really looking forward to seeing her when she traveled to the University of Kentucky campus last month to give a presentation about her addiction research.

Gordon Conference on Catecholamines  Newry, ME

Sex differences in behavioral strategies: the role of the neural encoding of stimulus value

The neural basis of sex differences in value-based decision making

The role of the neuropeptide PEN receptor, GPR83, in the reward pathway: Relationship to sex-differences

2019 GPR83, the receptor for the neuropeptide PEN, exhibits high expression in the nucleus accumbens of the human and rodent brain, suggesting that it plays a role in modulating the mesolimbic reward pathway. However, the cell-type specific expression of GPR83, its functional impact in the reward pathway, and in drug reward-learning has not been fully explored. Using GPR83/eGFP mice, we show high GPR83 expression on cholinergic interneurons in the nucleus accumbens and moderate expression on ventral tegmental area dopamine neurons.

2019 While preclinical work has aimed to outline the neural mechanisms of drug addiction, it has overwhelmingly focused on male subjects. There has been a push in recent years to incorporate females into existing addiction models; however, males and females often have different behavioral strategies, making it important to not only include females, but to develop models that assess the factors that comprise female drug addiction.

2019 For many psychiatric disorders, such as anxiety, depression, and addiction, sex is a critical biological variable and women represent a particularly vulnerable population (Piccinelli and Wilkinson, 2000; Becker et al., 2017). While sex differences in the pervasiveness and prognosis of these disorders have long been known to exist, there are few instances where approaches to pharmacological treatment of these disorders differ between the sexes, which likely contributes to ineffective treatments in women.

2019 Addictive behaviors, including relapse, are thought to depend in part on long-lasting drug-induced adaptations in dendritic spine signaling and morphology in the nucleus accumbens (NAc). While the influence of activity-dependent actin remodeling in these phenomena has been studied extensively, the role of microtubules and associated proteins remains poorly understood. We report that pharmacological inhibition of microtubule polymerization in the NAc inhibited locomotor sensitization to cocaine and contextual reward learning.

Shared Behavioral and Neurocircuitry Disruptions in Drug Addiction, Obesity, and Binge Eating Disorder: Focus on Group I mGluRs in the Mesolimbic Dopamine Pathway

2019 Accumulated data from clinical and preclinical studies suggest that, in drug addiction and states of overeating, such as obesity and binge eating disorder (BED), there is an imbalance in circuits that are critical for motivation, reward saliency, executive function, and self-control. Central to these pathologies and the extensive topic of this Review are the aberrations in dopamine (DA) and glutamate (Glu) within the mesolimbic pathway.