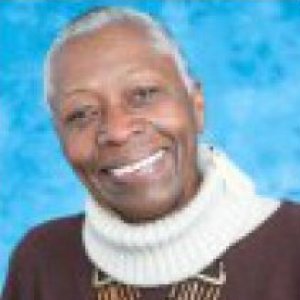 
Professor Thomas is a sociology professor who specializes in the analysis of higher education.

Gail E.Thomas joined SUA as Professor of Sociology in August 1998. She was named Dean of Faculty in 1998 and served in that capacity until February 2001 when she was named Vice President for Institutional Research and Assessment. She returned to full time teaching at Soka given her passion for young adults, and teaching, mentoring and empowering students.

Prior to joining the faculty at SUA, Thomas was Professor of Sociology and Founder and Director of the Race and Ethnic Studies Institute at Texas A&M University. She has also been a Visiting Professor at Harvard University and was Principal Research Scientist at the Center for Social Organization of Schools at John Hopkins University.

Thomas is the editor of three books. Her most recent book is Meeting the Challenge of U.S. Race Relations in America, 1990 and Beyond. Her work has been widely published in sociological and educational journals, including the Quarterly, Harvard Education Review, American Education Review Journal, International Journal of Higher Education, and the South African Journal of Higher Education.

Thomas has served as a consultant for the National Science Foundation, the U.S. Department of Education, the Southern Education Foundation, the Spencer Foundation and the “Kinte Historical Research Project” which was the basis for the subsequent television production of the late Dr. Alex Haley’s “Roots.”

Race, Class and Gender Differences in Educational Access and Outcomes

Effective Education for Diverse Learners and At Risk Youth

Alternative Theories, Pedagogy and Education for Fostering Creativity in a Diverse Global World

2016 Fostering creativity and social responsibility in children and youth are essential for more effectively addressing society’s most pressing problems. This article proposes alternative pedagogy and methods for fostering creativity and enhancing teaching and learning for creativity. It emphasizes the importance of connecting the goals of teaching creative education to the broader goal of education for social and global responsibility. Two schools attempting to implement the latter are described.

Social, Contextual and Psychological Correlates of Alcohol and Illegal Drug Use by College and Non College Attending Youth

2014 Adolescent and young adult alcohol and illegal drug use and abuse in the U.S. are public health and social problems of epidemic proportions. This study attempts to identify social, contextual and psychological correlates of levels of alcohol and illegal drug use for a local sample of college and non-college youth. Results from regression analyses indicated a significant influence of friends on level of alcohol and marijuana use and on illegal use of prescription and other drugs. Frequency of marijuana use was significantly associated with being male and frequently feeling depressed. In addition, attending a four-year college was positive and significantly related to higher levels of alcohol consumption. Implications for college and university and social policymakers and for future research are discussed.

The Review of Higher Education

The Role and Activities of American Graduate Schools in Recruiting, Enrolling and Retaining United States Black and Hispanic Students

The School Review (a.k.a. American Journal of Education)

1979 The 30 years following World War II represent a period of unprecedented growth in higher education in the United States. Total enrolments climbed from 1,364,000 just before the War (1939) to 8,560,000 in 1974. Much of this increase was initially due to returning veterans furthering their education and, later, to high postwar birth rates.

Participation and Degree Attainment of Black and Hispanic Students in Graduate Education Relative to Other Racial and Ethnic Groups: an update from Office of Civil Rights Data

1992 In this article, Gail Thomas uses 1988-1989 degree completion data from the U.S. Department of Education's Office of Civil Rights Survey to track the number of Black and Latino students awarded graduate degrees in engineering, mathematics, and science by U.S. institutions of higher education. Her study reveals the severe underrepresentation of Black and Latino students in graduate programs in these fields. Given the changing racial composition of the United States and projected shortages of science and engineering professionals and faculty by the year 2010, Thomas's findings challenge higher education administrators and policymakers to examine and correct the conditions that hinder the participation of U.S.-born minorities in science, mathematics, and engineering graduate programs and professions.

Meeting the Challenge: Race Relations in America: 1990 and Beyond