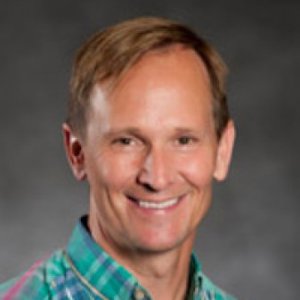 A real estate appraiser and VCU professor want to capitalize on your rodent problem. Glenn Willoughby and Gary Atkinson recently launched No Mouse in the House, a peppermint-scented mouse repellent that they began selling in January.

Biz Buzz: A new way to keep the mice away

The moment that set him on the path to his new product, Glenn “Will” Willoughby said, came when a mouse got stuck to a glue trap he had bought and deployed for that purpose. “I came to the kitchen that morning, and the mouse was stuck there, and he was looking up at me with his beady little eyes,” Willoughby said, “like he was saying, ‘Help Me!’ ”

Design Evaluation for Performance Characteristics of a Novel Valveless Micropump

2010 A novel valveless micropump consisting of three nozzle/diffuser elements with vibrating membranes at sidewalls has been investigated. The performance characteristics of the micropump were analyzed using commercial software, FLUENT. The simulation results showed that movement of membranes combined with the rectification behavior of three nozzle/diffuser elements can minimize backflow and improve net flow in one direction. The average flow rate from the micropump increased when the maximum membrane displacement and frequency increased. However, the average flow rate from the micropump decreased when pressure head increased. Based on its performance characteristics, the micropump is feasible and suitable to fabricate for practical applications.

2010 We have used a combinatorial gradient technique to map precisely how the terrace structure and microdomain lattice alignment in a thin film of a sphere-forming diblock copolymer are affected by both the thickness of the copolymer film and the height of a series of parallel step edges fabricated on the substrate. We find that for film thicknesses slightly incommensurate with integer numbers of sphere layers, the step edges act as nucleation sites for regions with one more or one fewer layers of spheres. We also find that for our system, the hexagonal lattice formed by a single layer of spheres on the low side of a step edge is aligned along the direction of the step edge only where the film on the high side is sufficiently thin to support only a wetting layer of copolymer material. This work will guide the tuning of film thickness and step height in future studies and applications of graphoepitaxy in block copolymer films.

2009 National Aeronautics and Space Administration (NASA) aeronautical programs require structural health monitoring (SHM) to ensure the safety of the crew and the vehicles. Future SHM sensors need to be small, lightweight, inexpensive, and wireless. Orthogonal frequency coded (OFC) surface acoustic wave (SAW) reflectors and transducers have been recently introduced for use in communication, as well as in sensor and radio-frequency identification (RFID) tag applications (Malocha , 2004, Puccio , 2004). The OFC SAW technology approach has been investigated by NASA for possible inclusion in ground, space flight, and space exploration sensor applications. In general, SAW technology has advantages over other potentially competitive technologies, because the devices can operate in ranges from cryogenic to furnace temperature. SAW devices can also be small, rugged, passive, wireless, and radiation hard and can operate with variable frequency and bandwidth. SAW sensor embodiments can provide onboard device sensor integration or can provide integration with an external sensor that uses the SAW device for encoding the sensor information and transmission to the receiver. SAW OFC device technology can provide RFID tags and sensors with low loss, large operating temperatures, and a multiuse sensor platform. This paper will discuss the key parameters for OFC device design, which includes reflector and transducer design, coding diversity approaches, and insertion loss considerations. Examples of several OFC device sensors and RFID tags are presented to show the current state-of-the-art performance for several NASA applications. Projections for future sensor and RFID tag platform performance are discussed, along with some of the current challenges and issues of the technology.

2007 Diblock copolymers can be used as templates for nanolithography, but some applications would require at least local alignment and registration of copolymer microdomains with other features on a particular device. We present here the results of a systematic study of the alignment of spherical microdomains with step edges on a substrate as a function of both step edge height and polymer film thickness. The investigation used a combinatorial approach: we prepared a wafer with a series of step edges of a continuous range of heights along one direction, and applied a polymer film with a thickness gradient along the orthogonal direction. At polymer film thicknesses that are incommensurate with a single layer of microdomains, for which we expect the spontaneous formation of "islands'' or "holes'' of one commensurate thickness surrounded by another, the step edge acts as a nucleation site for boundaries between such regions, with the film on the high side of the step edge having fewer layers of spheres than the low side. We find that at some step heights, such a discontinuity in film morphology across the step edge is closely associated with the alignment of microdomains.