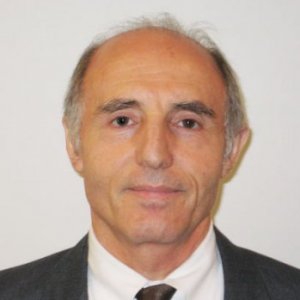 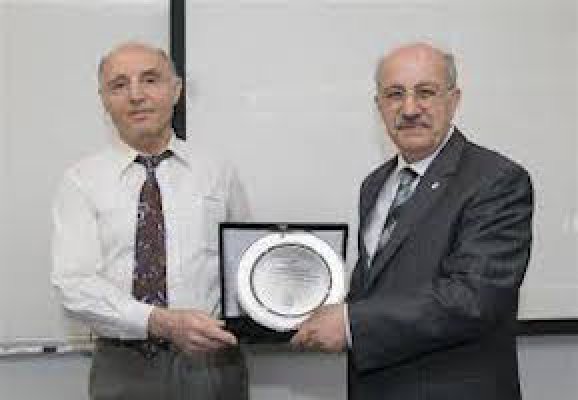 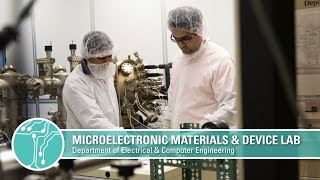 Hadis Morkoc received the B.S.E.E and M.S.E.E. degrees from Istanbul Technical University, Turkey, and the Ph.D. degree in Electrical Engineering from Cornell University, Ithaca, NY. He was employed at Varian Associates, Palo Alto, CA, from 1976 to 1978, where he was involved in various novel FET structures and optical emitters based on then the new semiconductor heterostructures. He held visiting positions at AT&T Bell Laboratories (1978-1979), the California Institute of Technology and Jet Propulsion Laboratory (1987-1988), and the Air Force Research Laboratories-Wright Patterson AFB as a University Resident Research Professor (1995-1997). From 1978 to 1997 he was with the University of Illinois. In 1997, he joined the newly established School of Engineering at the Virginia Commonwealth University in Richmond, VA. He and his group have been responsible for a number of advancements in GaN and devices based on them. He has co-authored a book on nitride semiconductors and devices (Springer Verlag 1999, second edition is in process) and a two-volume book on MODFETs, authored some 35 book chapters, 42 tutorial-review-popular articles dealing with heterostructures, electronic and optoelectronic devices, and some 1050 technical articles. He is in the process of editing a three-volume book on timely topics with the turn of the century in mind.

Virginia Scholarship and Scientist Awards, Prolific writer with over 1500 scientific papers, over 50 chapters, over 50 critical and seminal reviews, some 10 books, one of a handful who is highly cited in three different disciplines, pioneered many semiconducductors and heterostructures including their popularization in print and broadcast media as well as scientific media.

VCU takes a different position, based in part on theoretical work last year [Hader et al, Appl. Phys. Lett., vol92, p261103, 2008] that suggested that the Auger coefficient in wide-bandgap materials is too low to explain the efficiency droop in InGaN LEDs. One of the leaders of the VCU group, Hadis Morkoç, does not believe that this position is changed by more recent theoretical work showing an enhanced Auger coefficient when the InGaN semiconductor is such that its band gap is about 2.5eV due to resonant coupling with excited bands above the conduction band [Delaney et al, Appl. Phys. Lett., vol94, p191109, 2009]. Morkoç points out that this effect should mainly affect blue–green LEDs with wavelengths around 500nm, corresponding to photon energies of about 2.5eV. The emission wavelengths from the VCU devices were around 400nm (~3eV), which is well above the theoretical peak in Auger enhancement...

Researchers at Virginia Commonwealth University led by professor Hadis Morkoç have carried out experimental investigations to understand the ‘efficiency droop’ phenomenon that hampers the use of multiple quantum wells (MQWs) in creating high-brightness LEDs (Xie et al, App. Phys. Lett. vol.93, p121107, 2008, 22 September issue). The researchers believe that the problem arises from the difficulty that the heavy-mass holes have in navigating the MQW structure. The upshot is that they believe that only the top well has any significant level of photon emission, making the remainder of the quantum wells effectively inoperative...

2016 The yellow luminescence band was studied in undoped and Si-doped GaN samples by steady-state and time-resolved photoluminescence. At low temperature (18 K), the zero-phonon line (ZPL) for the yellow band is observed at 2.57 eV and attributed to electron transitions from a shallow donor to a deep-level defect. At higher temperatures, the ZPL at 2.59 eV emerges, which is attributed to electron transitions from the conduction band to the same defect. In addition to the ZPL, a set of phonon replicas is observed, which is ...

2016 Current-voltage dependence is measured in (Ga, Sb)-doped ZnO up to 150 kV/cm electric fields. A channel temperature is controlled by applying relatively short (few ns) voltage pulses to two-terminal samples. The dependence of electron drift velocity on electron density ranging from 1.42$\ times $10 $^{17} $ cm $^{-3} $ to 1.3$\ times $10 $^{20} $ cm $^{-3} $ at a given electric field is deduced after estimation of the sample contact resistance and the Hall electron mobility. Manifestation of the highest electron drift velocity ...

2016 Among the major obstacles for development of non-polar and semipolar GaN structures on foreign substrates are stacking faults which deteriorate the structural and optical quality of the material. In this work, an in-situ SiNx nano-network has been employed to achieve high quality heteroepitaxial semipolar (112¯ 2) GaN on m-plane sapphire with reduced stacking fault density. This approach involves in-situ deposition of a porous SiNx interlayer on GaN that serves as a nano-mask for the subsequent growth, which starts in the nanometer- ...

2016 BexMgyZn1− x− yO semiconductor solid solutions are attractive for UV optoelectronics and electronic devices owing to their wide bandgap and capability of lattice-matching to ZnO. In this work, a combined experimental and theoretical study of lattice parameters, bandgaps, and underlying electronic properties, such as changes in band edge wavefunctions in BexMgyZn1− x− yO thin films, is carried out. Theoreticalab initio calculations predicting structural and electronic properties for the whole compositional range of materials are ...

2016 Owing to wide range bandgap tunability to more than 5 eV, the quaternary (Be, Mg) ZnO solid solutions are attractive for a variety of UV optoelectronic applications, inclusive of solar blind photodetectors, and intersubband transition devices. The mutual compensation effects of Be and Mg on the formation energy and strain allows a wide range of compositions and bandgaps beyond those achievable by MgZnO and BeZnO ternaries. Localization effects are well pronounced in such wide-bandgap semiconductor alloys due to large ...