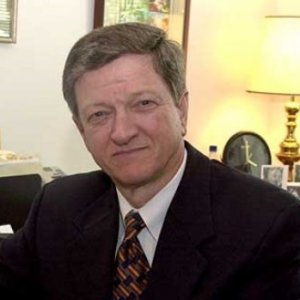 Al has been a member of the Goizueta Business School faculty since 1980, and has held several administrative posts at Goizueta including Acting Dean, Senior Associate Dean, and Assistant Dean and Director of MBA Programs. He has been a Guest Professor on several occasions at the Helsinki School of Business and Economics in Helsinki, Finland and at Johannes Kepler University in Linz, Austria.

Al's teaching has focused on financial reporting and strategic cost management in the MBA and Executive MBA Programs. He has also taught in these areas in open enrollment and custom non-degree executive education programs. He served as Faculty Director for the Emory/LIMAK Austrian General Management Program and several other executive programs. In addition he has had consulting relationships with a variety of corporate organizations and law firms, and he served as an accounting advisor to the Enron Bankruptcy Examiner. He was a Visiting Scholar in the Atlanta office of KPMG.

Enron: what happened and what we can learn from it

2002 Enron's accounting for its non-consolidated special-purpose entities (SPEs), sales of its own stock and other assets to the SPEs, and mark-ups of investments to fair value substantially inflated its reported revenue, net income, and stockholders' equity, and possibly understated its liabilities. We delineate six accounting and auditing issues, for which we describe, analyze, and indicate the effect on Enron's financial statements of their complicated structures and transactions. We next consider the role of Enron's board of directors, audit committee, and outside attorneys and auditors. From the foregoing, we evaluate the extent to which Enron and Andersen followed the requirements of GAAP and GAAS, from which we draw lessons and conclusions.

The evolving accounting standards for special purpose entities and consolidations

Lee University has named Al Hartgraves its 2012 Honorary Alumnus of the Year. The award was presented by Paul Conn during homecoming festivities. Hartgraves has been a member of Emory University's Goizueta Business School faculty since 1980 and has held several administrative posts at Goizueta, including acting dean, senior associate dean, assistant dean and director of MBA programs. He was named Professor Emeritus in 2009...

ENRON'S MANY STRANDS: A CASE STUDY; Enron Is Grist for Business School Courses

Business school professors across the country say they are latching onto the Enron scandal as a way to make courses on everything from Accounting 101 to crisis management come alive. Some teachers are treading cautiously, partly because business-school case studies usually focus on historical events, not unfolding dramas, and partly because the Enron collapse is so complicated. But the revelations about the maneuverings of Enron Corporation executives and the actions of the company's auditor, Arthur Andersen, are too tempting to pass up, professors say. Roger D. Martin, an assistant accounting professor at the business school at Indiana University, says he introduced a graduate accounting class on the company early in November, when Enron had to restate its earnings and ''things started smoking.'' Professor Martin said he planned to use Enron's financial meltdown for years to come as a case study in his advanced accounting class. ''This is a classic case in almost everything related to accounting,'' he said. ''If anything, it might make it tough to keep the conversation going in just one direction because there are so many angles.'' Other business school professors say they are eager to use Enron to enliven business cases that too often focus on old examples like the Ford Pinto gas tank of the 1970's. ''Students now are largely unimpressed if something is more than four to five years old,'' said Al Hartgraves, an accounting professor at the Goizueta Business School at Emory University in Atlanta. Before his students left for their Christmas break in the second week of December, Professor Hartgraves promised to e-mail them a summary of the company's situation, and did so at the end of the month. Then a couple of weeks ago, he created a computer bulletin board about Enron over the internal e-mail system that connects roughly 1,000 Emory business students. Within 24 hours, he said, more than 100 students had asked him for bulletin board access. ''We've seen audit failures before with companies like Waste Management and Sunbeam,'' Professor Hartgraves said, ''but never anything as big as this.'' At Brandeis University in Waltham, Mass., Alfonso F. Canella, an adjunct professor who teaches a class in financial modeling, said he planned to use Enron to illustrate the mechanics, as well as the riskiness, of putting together limited partnerships, especially when the deals were not listed on a company's balance sheet.