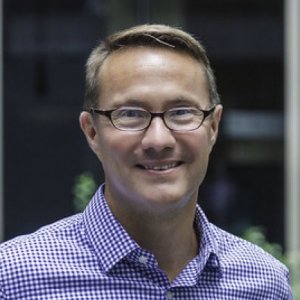 
Dr. Ferri is a Professor in the Department of Chemical and Life Science Engineering at VCU

James K. Ferri is Professor and Associate Department Chair of Chemical and Life Science Engineering (CLSE) at Virginia Commonwealth University (VCU) in Richmond, Virginia. James came to VCU CLSE, after sixteen years at Lafayette College in Easton, Pennsylvania, where he was the James T. Marcus ’50 Professor of Chemical and Biomolecular Engineering. At Lafayette, he served as the Department Head of Chemical and Biomolecular Engineering, the Robert Adenbaum ’49 Director of the IDEAL Center for Innovation, and the Dean of Curriculum and Resources. His teaching and research at Lafayette were recognized with the Jones Faculty lecture award and the Marquis Distinguished Teaching award. He has taught across the chemical engineering curriculum in more than (20) different courses and in a wide range of inter- and transdisciplinary courses focusing on the intersections of economic development, cultural heritage conservation, environmental science, and engineering.

His research focuses on the stability of disperse systems, interfacial phenomena, additive manufacturing, and continuous process intensification. His research has been funded by the National Science Foundation, the National Aeronautics and Space Administration, and the U.S. Department of Education, as well as through industrial partnerships. He has received awards from the Deutscher Akademischer Austauschdienst (DAAD), the Max Planck Society, the Alexander von Humboldt Foundation, and the Camille and Henry Dreyfus Foundation. He is an appointed member of a number of editorial and scientific advisory boards of academic and industrial enterprises.

James has been a guest and visiting scientist at the Max Planck Institute for Colloids and Interfaces, Potsdam, Germany; the Consorzio per lo Sviluppo dei Sistemi a Grande Interfase and the Department of Chemistry at the University of Florence, Florence, Italy; the Suzhou Institute for Biomedical Technology, Chinese Academy of Science, Suzhou, China; and the Future Industries Institute, University of South Australia, Adelaide, SA, Australia. He received his BS and PhD both in Chemical Engineering from Johns Hopkins in 1995 and 2000.

Virginia Commonwealth University chemical and life science engineering professor James K. Ferri, Ph.D., is working to make it easier for manufacturers in the U.S. to produce critically needed medicines such as ciprofloxacin, an antibiotic. But that’s just the beginning. Addressing challenges in the chemical industry to encourage domestic production of these medications will also pave the way for manufacturing a broad range of active pharmaceutical ingredients (APIs) for drugs in the U.S., instead of overseas. These include in-demand APIs related to COVID-19 and several on the federal government’s Strategic National Stockpile list. Ferri said one factor that causes shortages in the U.S. drug supply is the industry’s reliance on an antiquated process of ad-hoc, person-to-person contact with local experts to determine the availability of raw materials, requirements for processing and capacity of manufacturers. He compared it to using a personal travel agent who must make a series of direct phone calls to different hotels. In contrast, today a traveler can check an online service such as Airbnb and select details such as the location, the duration of the stay, the number of rooms and the ratings. Ferri has received an $860,961 grant from the U.S. Defense Advanced Research Projects Agency for his work with researchers from Procter & Gamble and the Rapid Advancement in Process Intensification Deployment (RAPID) Institute to build a digital infrastructure that the chemicals and materials industry needs to improve efficiencies. Ferri also received a Rapid Response Research grant from the National Science Foundation beginning in May for this initiative. The first step is to develop the pharmaceutical supply pattern for critically needed drugs by identifying basic raw materials, processing requirements and the domestic manufacturing assets capable of meeting those requirements. The grant from DARPA will support efforts to analyze the chemical supply chain and identify capability gaps in pharmaceutical manufacturing for nine other drugs including albuterol, ciprofloxacin, the heartburn relief treatment famotidine and the high blood pressure treatment lisinopril. The network could ultimately become an asset curated by federal stakeholders, such as the White House Office of Trade & Manufacturing Policy or the Department of Defense. Ferri and his collaborators are mapping a pharmaceutical supply network that would serve as a new contemporary, knowledge transfer

'The Alexa of chemistry': NSF puts VCU and partners on fast track to build open network

D. Tyler McQuade, Ph.D., a professor in the Virginia Commonwealth University College of Engineering, is principal investigator of a multi-university project seeking to use artificial intelligence to help scientists come up with the perfect molecule for everything from a better shampoo to coatings on advanced microchips. The project is one of the first in the U.S. to be selected for $994,433 in funding as part of a new pilot project of the National Science Foundation called the Convergence Accelerator (C-Accel). McQuade and his collaborators will pitch their prototype in March 2020 in a bid for additional funding of up to $5 million over five years. Adam Luxon, a Ph.D. student in the Department of Chemical and Life Science Engineering who has been involved from the beginning, explained it this way: "We want to essentially make the Alexa of chemistry." Just as Amazon, Google and Netflix use data algorithms to suggest customized predictions, the team plans to build an open network that can combine and help users make sense of molecular sciences data pulled from a range of sources including academia, industry and government. The idea is in line with the goal of the NSF's Big Ideas project, "Harnessing the Data Revolution," to engage the research community in developing an advanced cyberinfrastructure to accelerate data intensive research. The team reflects expertise across several specialties. Working with McQuade are James K. Ferri, Ph.D., professor in the VCU Department of Chemical and Life Science Engineering; Carol A. Parish, Ph.D., professor of chemistry and the Floyd D. and Elisabeth S. Gottwald Chair in the Department of Chemistry at the University of Richmond; and Adrian E. Roitberg, Ph.D., professor in the Department of Chemistry at the University of Florida. Two companies are also involved: Two Six Labs, based in Arlington, Virginia, and Fathom Information Design, based in Boston. Currently, there is no shared network or central portal where molecular scientists and engineers can harness artificial intelligence and data science tools to build models to support their needs. And while scientists have been able to depict what elements make up a molecule, how the atoms are arranged and the molecule's properties (such as its melting point), there is no standard way to represent -- or predict -- molecular performance. The team aims to fill these gaps by advancing the concept of a "molecular imprint." The collaborators will create a new system that r 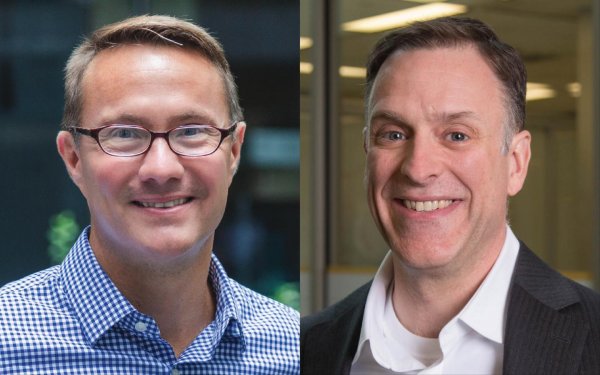