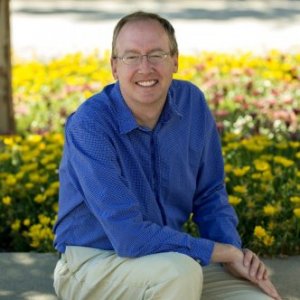 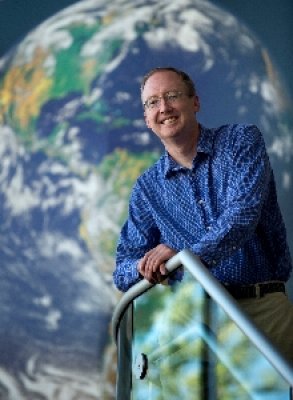 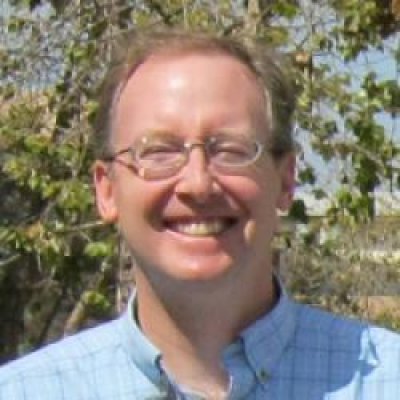 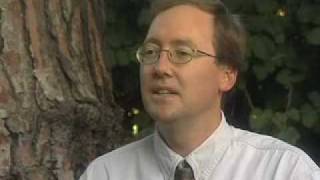 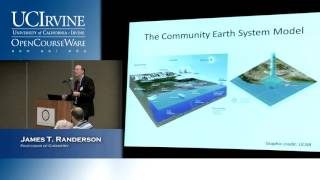 Randerson studies the global carbon cycle using remote sensing and in-situ measurements and different types of models. Current research themes in his laboratory include climate-carbon cycle feedbacks, land use change, and the effects of fire on ecosystem function and atmospheric composition. He has conducted field work in Alaska and Siberia to assess the long-term impacts of fire on surface energy exchange and fluxes of carbon dioxide. In 2005 Randerson was the recipient of the James B. Macelwane Medal awarded by the American Geophysical Union for "significant contributions to the geophysical sciences by an outstanding young scientist." He received a Ph.D. in Biological Sciences (1998) and a B.S. in Chemistry (1992) from Stanford University. He conducted work as a postdoctoral scholar at University of California, Berkeley and University of Alaska. He is a Fellow of the American Geophysical Union and a member of the US National Academy of Sciences.

How to Save a Forest by Burning It

Scientists have been “just completely caught off guard about how fast things are changing,” said James T. Randerson, an earth scientist at the University of California, Irvine.

A groundbreaking study conducted by experts at the University of California, Irvine (UCI) found a correlation between repeated exposure to hurricanes—whether direct, indirect, or media-based—and adverse psychological symptoms that may be linked to increased mental health issues.

“The forests are not keeping up with these large fires,” said study co-author James Randerson, the Ralph J. and Carol M. Cicerone Professor of Earth system science at UCI. “These are big changes in less than four decades.”

Climate Nexus has headlines and links: "The number of hot days that carry greatly increased risk of wildfire spread and ignition in California's Sierra Nevada mountains will increase because of climate change, new research shows. The study, published in Science Advances, found the number of fires could increase by 20% by the 2040s with an even greater increase in acreage burned. "What makes this novel is that we were trying to identify the role of individual temperature extremes on individual dates," Jim Randerson, UC-Irvine earth systems professor and senior author of the paper, told the New York times."

Climate change is making wildfires worse in most forested areas of the globe, says James Randerson, a professor of earth system science at the University of California, Irvine, and a coauthor of the AGU paper.

“These (plants) have been able to eek out an existence on the edge of what they can physiologically tolerate. But any additional stress, such as climate change, can exceed their limits,” said James Randerson, an earth science professor and one of five UCI authors of the report. “Our study clearly shows that there’s a toll of climate change.”

California is primed for a severe fire season, but just how bad is anybody's guess

"Morgan made this model based on temperature and rainfall; it provides similar but not exactly the same projections of where the CDC says Valley fever is," said James Randerson, Chancellor's Professor and Ralph J. and Carol M. Cicerone Chair in Earth System Science at UCI and co-author of the new study. "In fact, we think it may guide efforts to build a better contemporary map of where the disease poses a threat to public health."

2019 Fires in boreal forests of Alaska are changing, threatening human health and ecosystems. Given expected increases in fire activity with climate warming, insight into the controls on fire size from the time of ignition is necessary. Such insight may be increasingly useful for fire management, especially in cases where many ignitions occur in a short time period. Here we investigated the controls and predictability of final fire size at the time of ignition. Using decision trees, we show that ignitions can be classified as leading to small, medium or large fires with 50.4 ± 5.2% accuracy.

2019 River flow statistics are expected to change as a result of increasing atmospheric CO2 but uncertainty in Earth system model projections is high. While this is partly driven by changing precipitation, with well-known Earth system model uncertainties, here we show that the influence of plant stomatal conductance feedbacks can cause equally large changes in regional flood extremes and even act as the main control on future low latitude streamflow.

2019 The Community Land Model (CLM) is the land component of the Community Earth System Model (CESM) and is used in several global and regional modeling systems. In this paper, we introduce model developments included in CLM version 5 (CLM5), which is the default land component for CESM2.

2019 Coccidioidomycosis (Valley fever) is a fungal disease endemic to the southwestern United States. Across this region, temperature and precipitation influence the extent of the endemic region and number of Valley fever cases. Climate projections for the western United States indicate that temperatures will increase and precipitation patterns will shift, which may alter disease dynamics.

2019 High-latitude regions have experienced rapid warming in recent decades, and this trend is projected to continue over the twenty-first century1. Fire is also projected to increase with warming2,3. We show here, consistent with changes during the Holocene4, that changes in twenty-first century climate and fire are likely to alter the composition of Alaskan boreal forests. We hypothesize that competition for nutrients after fire in early succession and for light in late succession in a warmer climate will cause shifts in plant functional type.