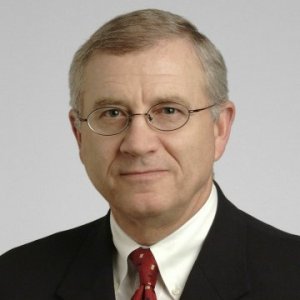 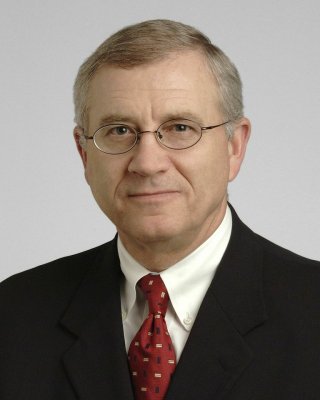 Dr. James Young is Professor of Medicine and Executive Dean of the Cleveland Clinic Lerner College of Medicine of Case Western Reserve University and Chairman of the Endocrinology & Metabolism Institute. He also serves as the Physician Director of the Philanthropy Institute and is Chairman of the Board of Cleveland Heart, a Clinic INNOVATIONS spinoff company. He holds the George and Linda Kaufman Chair and is a Medical Director of the Kaufman Center for Heart Failure, which he and a former surgical colleague established in 1998 at Cleveland Clinic.

After joining Cleveland Clinic in 1995, Dr. Young was named Head of Heart Failure and Cardiac Transplant Medicine. He is an internationally recognized heart failure and heart transplant cardiologist with an interest in mechanical circulatory support devices.

Dr. Young has participated in more than 150 clinical trials as an investigator and has served as the U.S. principal or co-principal investigator for many multicenter clinical trials. He has published more than 650 manuscripts and several textbooks. He currently serves on the editorial boards of the American Heart Journal, Cleveland Clinic Journal of Medicine, Cardiology Today and Methodist DeBakey Cardiovascular Journal.

Dr. Young earned a BA with honors in biology from the University of Kansas, where he was a resident of Stephenson Scholarship Hall. He matriculated to Baylor College of Medicine in Houston, where he was awarded his medical degree, cum laude, and was elected to the Alpha Omega Alpha medical honor society. He completed his clinical training at Baylor Affiliated Hospitals. Subsequently, he joined the faculty and was named Professor of Medicine with tenure. During this time, he served as the Clinical Coordinator and Scientific Director for Dr. Michael E. DeBakey’s Multi-organ Transplant Center at The Methodist Hospital and Baylor College of Medicine.

Institutes and the Model of Organizational Care

The Evolution of Academic Medical Centers

The Best Doctors In America (professional)

Institutes and the Model of Organizational Care

Dr. Young explains how organizational change helped Cleveland Clinic align medical care in a way that patients could more easily understand, which in turn helped lead the way to improving the patient experience. By combining multiple services and specialties within a specific disease or organ system into a single location, patients are able to find the right physician faster and more easily, and oftentimes access their care in one place.

Dr. Young shares how Cleveland Clinic is adapting to the new healthcare environment through innovation, system integration and initiatives such as patient experience, quality outcomes and more, all designed to create a model for healthcare of the future.

Dr. Young shares how art in medicine is encouraging medical students to connect their newfound scientific knowledge with the human experience — emotional, spiritual, relational and physical — to benefit not only the individual doctor-in-training but also patients and the community.