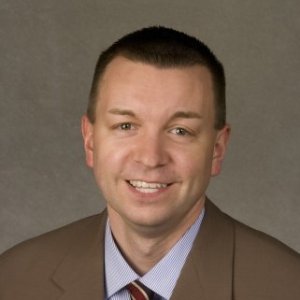 Jeff Bennett is an expert in medical humanities. His research is focused on health, citizenship, LGBT/queer studies, cultural studies and rhetorical theory and criticism. He is the author of "Managing Diabetes: The Cultural Politics of Disease" (forthcoming, New York: NYU Press, 2019); and "Banning Queer Blood: Rhetorics of Citizenship, Contagion, and Resistance," which scrutinizes the federal donor deferral policy limiting queer men’s ability to donate blood.

Recognizes an individual who has made outstanding contributions to LGBT scholarship in communication studies.

President Donald Trump is back at the White House after being released from the hospital where he was treated for COVID-19, and he is tweeting, urging Americans not to be afraid of the coronavirus. Many of Trump’s inner circle and those who attended a White House event late last month have since tested positive for the coronavirus.

With a spike in the nation’s coronavirus cases and top Republicans joining Democrats in urging Americans to wear masks to slow the pandemic, President Donald Trump, who has opposed wearing one in public, may be shifting his tone.

PrEP would cap and drive down HIV rates in Tennessee, but not enough people know about the drug | Opinion

One of the most monumental medical developments of the 2010s may surprise you: the definition of safe sex has changed dramatically. And it’s all thanks to a technology called “PrEP.” PrEP, which stands for pre-exposure prophylaxis, is a pill that prevents HIV infection.

About 7.4 million people in the U.S. require manufactured insulin to stay alive. I’m one of them. I’ve lived with Type 1 diabetes for over 15 years and inject two kinds of insulin every day. These insulins are notoriously expensive, and even with health insurance, people with diabetes regularly struggle to make ends meet.

A critical study of diabetes in the popular imagination Over twenty-nine million people in the United States, more than nine percent of the population, have some form of diabetes. In Managing Diabetes, Jeffrey A. Bennett focuses on how the disease is imagined in public culture. Bennett argues that popular anecdotes, media representation, and communal myths are as meaningful as medical and scientific understandings of the disease. In focusing on the public character of the disease, Bennett looks at health campaigns and promotions as well as the debate over public figures like Sonia Sotomayor and her management of type 1 diabetes. Bennett examines the confusing and contradictory public depictions of diabetes to demonstrate how management of the disease is not only clinical but also cultural. Bennett also has type 1 diabetes and speaks from personal experience about the many misunderstandings and myths that are alive in the popular imagination. Ultimately, Managing Diabetes offers a fresh take on how disease is understood in contemporary society and the ways that stigma, fatalism, and health can intersect to shape diabetes’s public character. This disease has dire health implications, and rates keep rising. Bennett argues that until it is better understood it cannot be better treated.

Chronic Citizenship: Community, Choice, and the Queer Controversy Over PrEP

The tenuous relationship between duty and pleasure is one that has underwritten HIV/AIDS activism since the early 1980s. Most recently the tensions between duty and pleasure surfaced again in the debates concerning Truvada, an HIV-prevention pill that, if taken daily, can reduce risk of infection by up to 92%. Using the debates over pre-exposure prophylaxis (or PrEP) as a catalyst, the chapter examines the implications this technology has for the civic identities of queer men, their safe-sex practices, and AIDS activism. As HIV has moved from being an epidemic to an endemic, the ways queer men come to understand themselves in relation to this manageable condition is evolving. Members of queer communities now exist, by association, as “chronic citizens.” This rendering of citizenship influences the ways we understand traditional postulates concerning duty and pleasure, looking for ways to avoid sex shaming while thinking through new avenues for queer world making.

"Born This Way": Queer Vernacular and the Politics of Origins

This essay critically examines debates about the supposed inborn nature of sexual orientation. Although popular discourses suggest that sexual orientation is an immutable characteristic, several scholars and activists have argued there is danger in postulating same-sex desire is innate. This analysis looks to another feature of the controversy, arguing that when queers themselves utilize “born this way” rhetoric, they frequently do so in surprising ways that rest outside dichotomist forms of reasoning. Exploring posts on the “Born This Way” blog, this essay argues that vernacular appropriations of the phrase are more fluid among LGBT publics than often imagined, allowing for a rethinking of the epistemology of the closet.

Troubled Interventions: Public Policy, Vectors of Disease, and the Rhetoric of Diabetes Management

This essay examines the debate surrounding New York City's controversial diabetes registry program. Exploring the tensions between public health officials and privacy advocates, the article explores how diabetes is imagined in the public sphere. Although rhetorics underscoring privacy may seem the more progressive discourse, I argue New York City's Department of Health and Mental Hygiene has the more forward-looking plan, attempting to reconstitute diabetes not as a chronic condition necessitating individual management but as a disease that requires systemic intervention.

Queer Teenagers and the Mediation of Utopian Catastrophe

Recent cover stories about queer teenagers mark a noticeable shift in the discourse surrounding lesbian, gay, bisexual, and transgender (LGBT) publics. Contemporary media reports have repositioned the multifarious identities of queer teens as sites of unease for contemporary queer politics. Employing a framework that emphasizes the dialogical relationship among the tropes of utopia and apocalypse to scrutinize media coverage, this analysis explores the anxieties and possibilities generated by queer teens. Young queers are simultaneously understood as both political separatists from earlier movements, as well as disinterested assimilationists. The thematics of sexual fluidity and neoliberal individualism are highlights of this discourse, each being carefully tempered by the cultural force of assimilation.