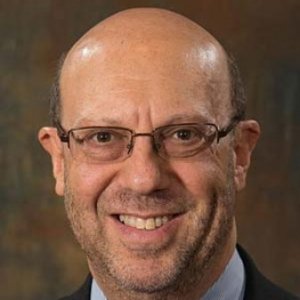 
Chair, Department of Journalism, Media Studies and Public Relations. He blogs about the PR industry at publicrelationsnation.com 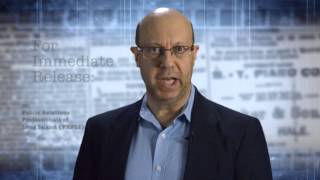 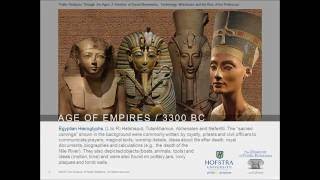 A professional communicator for more than three decades, Professor Morosoff first worked in radio as a deejay and then a news anchor before his public relations career began in 1983 at Cablevision, where he handled community and government relations and public access productions. He later joined the communications team at the Long Island Association, a regional business and civic organization, and moved to direct public relations activities for the Town of Babylon under two elected town supervisors. He left government in the mid '90s to run political campaigns and provide public relations services for various clients.

From 1999-2008, Morosoff taught media and public relations courses as an adjunct professor at New York Institute of Technology (NYIT), where he had earlier earned bachelor's and master's degrees in communication arts. He was NYIT's director of alumni and government relations, and later director of foundation and corporate relations, before being appointed vice president for institutional advancement at Nassau Community College. Prior to arriving at Hofstra in 2010, Morosoff served as vice president of communications for the nonprofit Early Years Institute.

Professor Morosoff was named the Lawrence Herbert School of Communication's Distinguished Teacher of the Year in 2016. Other awards include the Public Relations Professionals of Long Island's (PRPLI) 2015 Lifetime Achievement Award, PRPLI's 2013 Mentor Award, and the International Association of Business Communicators' Achievement in Communications Award in 2000.

Distinguished Teacher of the Year (professional)

Awarded by the Lawrence Herbert School of Communication.

Awarded by the International Association of Business Communicators.

The vetting process for ads at a company like Dove is typically cautious, according to Jeff Morosoff, the director of the public relations graduate program at Hofstra University. Writers, producers and ad agencies all have to approve the ad before the public sees it, he said. But due to the fast-paced nature of social media, the Facebook post likely went through fewer people than a TV commercial would, he said...

"We have yet to see what this presidency is going to look like. That's part of his goal to keep us off balance," said Jeff Morosoff, media studies and public relations professor at Hofstra University. "I think we need to fasten our seatbelts for one long roller coaster ride."...

Remove Foot From Mouth: 6 Tips for Speaking With The Press

Jeffrey Morosoff, director of Hofstra University’s graduate program in PR, and an assistant professor of PR and media studies, believes, as many PR pros do, that media training is critical for CEOs and other executives, particularly in today's unforgiving digital environment. He cites a pair of historic doozies where the CEO's words could have been better. Much better. In 2010 an explosion in the Gulf of Mexico resulted in the death of 11 workers and spilled an estimated four billion barrels of crude  oil into the Gulf. The largest environmental disaster in U.S. history also was a prodigious PR blunder. BP CEO Tony Hayward started strong, telling a reporter, “We’re sorry for the massive disruption this has caused (people’s) lives.” It went downhill from there when he said to the reporter, “There’s no one who wants this thing  over more than I do, you know…I’d like my life back.” As Morosoff wrote in PR News’ Book of Crisis Management, “Considering the quote came from a millionaire CEO surrounded by death and destruction, there may be few greater foot-in-mouth moments than this." A firestorm ensued and Hayward was gone one year later...

2014 Nonprofit organizations have historically struggled to effectively use public relations tactics and campaigns to communicate with their publics. Three annual surveys of Long Island, New York-based nonprofits conducted in 2011, 2012 and 2013 add evidence to this anecdotal knowledge. These nonprofits either do not have or do not devote significant resources to public relations efforts. As media becomes more complex and the skill sets needed to navigate these changes increase, it may be more incumbent on experienced public relations practitioners to assist these organizations through pro bono services.