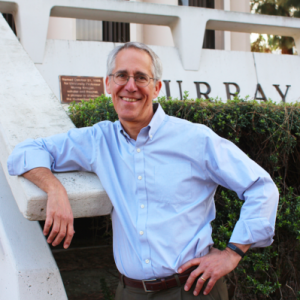 
Jeffrey specializes in modern Chinese cultural history & world history, who has written on many contemporary as well as historical issues 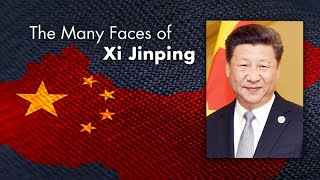 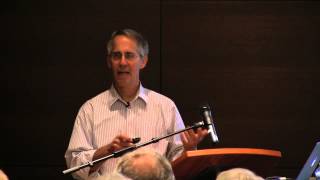 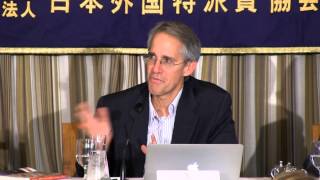 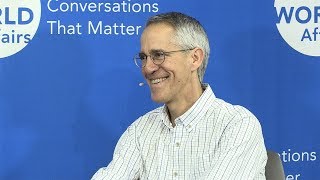 Jeffrey Wasserstrom is Chancellor’s Professor of History at UC Irvine, where he also holds courtesy affiliations in Law and Literary Journalism. Holder of a B.A. from UC Santa Cruz, a master’s from Harvard, and a doctorate from Berkeley, he has written, coauthored, edited or coedited more than ten books. His most recent books are: Vigil: Hong Kong on the Brink (2020) and China in the 21st Century: What Everyone Needs to Know, updated third edition coauthored with Maura Elizabeth Cunningham (Oxford, 2018). In addition to writing for academic journals, Wasserstrom has contributed to many general interest venues, e.g., the New York Times, the TLS, and the Wall Street Journal. He is an advising editor at the Los Angeles Review of Books and an academic editor of its associated China Channel. He served as a consultant for two prize-winning Long Bow Film Group documentary, was interviewed on camera for the film “Joshua; Teenager vs. Superpower,” is an adviser to the Hong Kong International Literary Festival, and is a former member of the Board of the National Committee on U.S.-China Relations. In the spring of 2020, he was to be a Leverhulme Visiting Professor of Birkbeck College, University of London, but taking up that post has been delayed due to COVID-19

Inside China’s political elite, there has been concern with Xi’s direction since at least 2018, when Xi abolished term limits, says Jeff Wasserstrom, a China expert and UC Irvine history [Chancellor’s] Professor. “There are more and more reasons for people to be discontented with what Xi Jinping has been doing … It’s a small segment of population but it’s an influential one.” But, Wasserstrom notes, it’s also a segment Xi has long targeted. Those most likely to be unhappy with his direction were likely among those ousted at the Party Congress, or in previous purges.

Jeffrey Wasserstrom, a historian of modern China at the University of California, Irvine, said exile communities are “often torn by fissures,” but added if the parliamentary project was able to instill a spirit of cooperation rather than competition between different groups promote, there has the potential to “maintain or even deepen a sense of Hong Kong identity abroad and save those who have remained in Hong Kong from feeling forgotten.

“Hong Kong has gone from being such a free city to such a tightly controlled system,” says Jeffrey Wasserstrom, author of “Vigil: Hong Kong on the Brink” and history professor at University of California, Irvine. “This is part of a larger story of forced assimilation, the energy that’s put particularly on the physical edges of the People’s Republic of China to sort of rein in forms of diversity.”

His speech represented the culmination of what China scholar Jeff Wasserstrom has described as a push and pull between two competing visions of “one country, two systems.”

Mourning Tiananmen’s Victims, and the Hong Kong That Was

“There’s this blending happening of the Hong Kong story and the Beijing story,” said Jeffrey N. Wasserstrom, a historian of modern China at the University of California Irvine and the author of “Vigil,” a study of the clampdown in Hong Kong.

Xi Jinping has had a profound impact domestically and globally since ascending to power as Communist Party General Secretary in 2012, soon after which he became President and since has developed the biggest Chinese personality cult since Mao’s.

The seismic shifts in the global world order during Xi’s rule call for new tools for understanding China and the varied lives and views of its inhabitants.

How Covid helped China tighten its hold on Hong Kong

Jeffrey Wasserstrom, a history professor at the University of California, Irvine, says “there was once a chasm separating what takes place in Hong Kong from what takes place across the mainland border”. That chasm is getting smaller.

Jeffrey Wasserstrom is Chancellor’s Professor of History at the University of California, Irvine. His most recent book is Vigil: Hong Kong on the Brink (Columbia Global Reports, 2020).

Jeffrey Wasserstrom on Censorship and Translated Literature in China

[...] we’re joined by Jeffrey Wasserstrom, Chancellor’s Professor of History at UC Irvine. He’s one of America’s leading China specialists and has written several important books, including Vigil: Hong Kong on the Brink, also published by Columbia Global Reports. There’s no better guest to help us wade into the intricate and nuanced realities of China, a country that the US has locked in its gaze.

Don’t let them call the tune: A professor debates the moral questions about speaking at events sponsored by an organisation with links to the Chinese government

2020 ABOUT A DECADE ago, a China specialist at a US university invited me to speak on his campus, but he left out one important detail. The sponsor of my talk would be the local Confucius Institute. Confucius Institutes are educational organisations, which are designed …

Ghost writers: The author and China expert imagines a fictional futuristic lecture he’s going to give in 2049, the centenary of Orwell’s Nineteen Eighty-Four

2019 HISTORY IS SOMETHING that academic Jeffrey Wasserstrom regularly reviews, the future less so. However, for his new short story for this magazine, California-based Wasserstrom takes an academic lecture of the future as his inspiration.

History, Myth, and the Tales of Tiananmen

2018 During the emotional days that followed June 4, 1989, it seemed as though there were only two ways to tell the story of the Chinese protests and the crackdown that ended them. One could follow the CCP authorities and denigrate the protests as "counterrevolutionary riots," deny that a massacre had taken place, and claim that soldiers were the only martyrs worthy of the name.

2018 MY MAIN THESIS HERE ABOUT CHINA and “1968” is simple. It is best to conclude that one of three things happened: China did not have a “1968”; it had one, but one that jumped the gun chronologically by taking place in 1966; or it had one, but one that came very late and did not begin until just over two decades after the end of the eponymous year. I also have a secondary point to make, which I will focus on at the end in some comments that explain my choice of epigraphs, both of which, in one case obviously and in the other surprisingly, have direct ties to 1968.

Airbrushing history: With China’s Communist Party still in power, the way 1917 is remembered must follow the party line. One man learnt the hard way

2017 CHINESE INTELLECTUALS LI Dazhao and Cao Dafu could not have had more different takes on Soviet Russia and it was these differences that led to the demise of one and the celebration of another. Unlike the Russian centenary, it is not easy today, with Mao’s heirs still in power, to commemorate the 60th anniversary of a 1957 campaign that led to the purge of many intellectuals, including Cao.