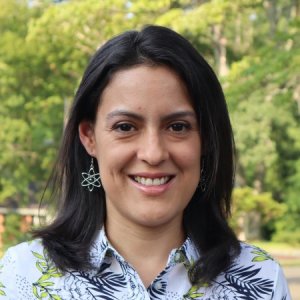 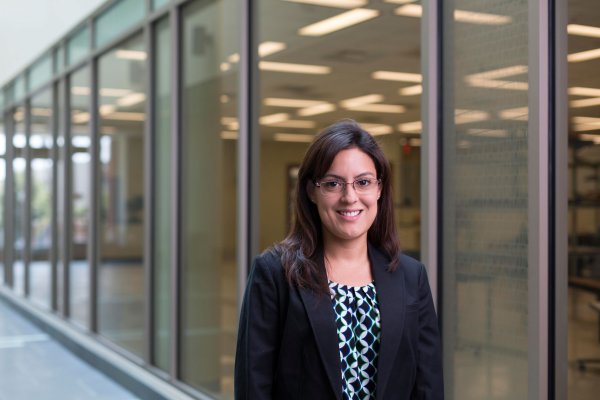 A competitive award given to top-performing early career professionals

Accident-tolerant fuel (ATF) cladding materials aim to improve fuel reliability and safety during accident scenarios in water-cooled reactors. These ATF cladding should also perform comparable or better than the current zirconium alloy cladding under reactor normal operating conditions. Surface-modified Zircaloy-4 was produced by depositing a protective coating of chromium by two different coating techniques, Physical Vapor Deposition (PVD) and Cold Spray (CS). The coating thickness, structure, composition, and mechanical properties of the coated Zircaloy were assessed with advanced materials characterization techniques. Results showed a strengthening effect of the Cr-coating, along with ∼83% higher hardness compared to that of the Zircaloy-4 substrate. Surface topography and surface chemistry of the Cr-coated Zircaloy-4 were assessed with contact profilometry, atomic force microscopy, contact angle goniometry, and X-ray photoelectron spectroscopy. Deposited Cr-coating significantly improved surface wettability compared to the substrate Zircaloy-4. The formation of surface oxides on the coatings by prolonged exposure to ambient air showed a further increase in the hydrophobic behavior. Surface parameters and surface chemistry after flow boiling critical heat flux tests, conducted at atmospheric pressure, evidenced a slight increase in surface roughness with notable changes in wettability associated with the formation of surface oxides.

Journal of Materials Chemistry B

Gadolinium vanadate nanoparticles (NPs) doped with europium, in concentrations between 5–40%, were synthesized via an aqueous route to prove their multimodal imaging functionalities and their performance as radionuclide carriers for targeted alpha therapy. Core–shell Gd0.8Eu0.2VO4 NPs were doped with the α-emitting actinium-225 to assess the in vitro retention of 225Ac and its decay daughters; francium-221 and bismuth-213. Gd0.8Eu0.2VO4 core–shell NPs were obtained using a precipitation synthesis route having a tetragonal system, a spherical morphology, and a uniform particle size distribution. Gd0.8Eu0.2VO4 core–shell NPs displayed the characteristic intense emission at 618 nm (red) and paramagnetic behavior of Eu and Gd cations, respectively. Partial retention of radionuclides was obtained with Gd0.8Eu0.2VO4 core NPs, while deposition of two nonradioactive Gd0.8Eu0.2VO4 shells significantly decreased the leakage of both 225Ac and 221Fr. The luminescence and magnetic functionalities as well as radionuclide retention capabilities of Gd0.8Eu0.2VO4 core–shell NPs demonstrate their potential for biomedical applications

2015 Ruthenium nanoparticles on pristine (MWCNT) and functionalized carbon nanotubes (f-MWCNT), and graphene oxide have been prepared through a facile, single step radiolytic method at room temperature, and ambient pressure. This synthesis process relies on the interaction of high energy gamma rays from a 60Co source with the water in the aqueous solutions containing the Ru precursor, leading to the generation of highly reducing species that further reduce the Ru metal ions to zero valence state. Transmission electron microscopy and X-Ray diffraction revealed that the nanoparticles were homogeneously distributed on the surface of the supports with an average size of ∼2.5 nm. X-ray Photoelectron spectroscopy analysis showed that the interaction of the Ru nanoparticles with the supports occurred through oxygenated functionalities, creating metal-oxygen bonds. This method demonstrates to be a simple and clean approach to produce well dispersed nanoparticles on the aforementioned supports without the need of any hazardous chemical.

2015 In this work a new approach to synthesize iridium nanoparticles on reduced graphene oxide is presented. The nanoparticles were directly deposited and grown on the surface of the carbonbased support using a single step reduction method through gamma irradiation. In this process, an aqueous isopropanol solution containing the iridium precursor, graphene oxide, and sodium dodecyl sulfate was initially prepared and sonicated thoroughly to obtain a homogeneous dispersion. The samples were irradiated with gamma rays with energies of 1.17 and 1.33 MeV emitted from the spontaneous decay of the 60Co irradiator. The interaction of gamma rays with water in the presence of isopropanol generates highly reducing species homogeneously distributed in the solution that can reduce the Ir precursor down to a zero valence state. An absorbed dose of 60 kGy was used, which according to the yield of reducing species is sufficient to reduce the total amount of precursor present in the solution. This novel approach leads to the formation of 2.3 ± 0.5 nm Ir nanoparticles distributed along the surface of the support. The oxygenated functionalities of graphene oxide served as nucleation sites for the formation of Ir nuclei and their subsequent growth. XPS results revealed that the interaction of Ir with the support occurs through Ir-O bonds.

2015 Introduction: Targeted alpha therapy (TAT) has the potential for killing micro-metastases with minimum collateral damage to surrounding healthy tissue. In-vivo generator radionuclides, such as(223)Ra, (225)Ra, and (225)Ac, are of special interest for radiotherapeutic applications as they emit multiple α-particles during their decay. Utilizing appropriate carriers capable of retaining both the parent radioisotope as well as daughter products is important for the effective delivery of the radioisotope to the tumor site while mitigating global in vivo radiotoxicity. In this work, LaPO4 core and core+2 shells nanoparticles (NPs) (NPs with 2 layers of cold LaPO4 deposited on the core surfaces) were synthesized containing either (223)Ra or(225)Ra/(225)Ac, and the retention of the parents and daughters within the NPs in vitro was investigated. Methods: Core LaPO4 NPs were synthesized in aqueous solution by reacting 1 equivalent of La(NO3)3, along with few microcuries of either (223)Ra or (225)Ra/(225)Ac, with 1 equivalent of sodium tripolyphosphate (TPP) under moderate heating and purified by membrane dialysis. Core-shell NPs were also synthesized with one (core+1 shell) and two (core+2 shells) cold LaPO4 layers deposited onto the radioactive cores. The NPs were then characterized by transmission electron microscopy (TEM) and powder x-ray diffraction (XRD). Identification and quantification of radioactive parents and daughters released from the NPs in vitro were investigated using gamma-ray spectroscopy. Results: XRD and TEM analysis revealed that the NPs crystallized in the rhabdophane phase with mean diameters of 3.4 and 6.3nm for core and core+2 shells, respectively. The core LaPO4 NPs retained up to 88% of (223)Ra over 35days. However, in the core+2 shells NPs, the retention of (223)Ra and its daughter, (211)Pb, was improved to >99.9% over 27days. Additionally, the retention of (225)Ra/(225)Ac parents was >99.98% and ~80% for the (221)Fr and (213)Bi daughters over 35days for the core+2 shells NPs. Conclusions: The in vitro retention of both parents and daughters results suggests that LaPO4 NPs are potentially effective carriers of radium isotopes.