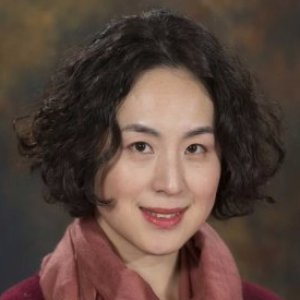 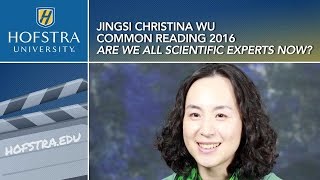 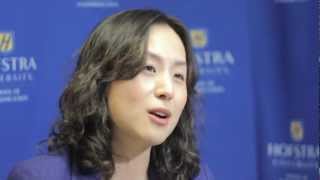 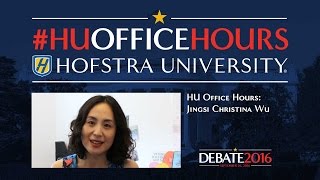 Dr. Wu received her PhD from the joint program of Sociology and Communication at SUNY Albany, and her research focuses on the crossroads of popular culture, politics, new media, and civic engagement. Her dissertation—“Entertainment and the Public Sphere: The Convergence of Popular Culture and Politics in China’s Public Sphere and Cyberspace”—won the University Distinguished Doctoral Dissertation Award in any field in the College of Arts and Science at SUNY Albany.

She uses a variety of perspectives and research approaches from media studies, cultural sociology, and political communication to study the convergence of popular culture and politics, how entertainment experiences contribute to civic engagement, how people behave in new media environments (such as massive multi-player online games), and how citizens use social media to connect with others and organize their civic voices.

Interested in both the U.S. media and the mass media in China, where Dr. Wu is from, she is also delving into cross-cultural comparisons.

Dr. Wu is the author of "Entertainment and Politics in Contemporary China" (Palgrave Macmillan, September 2017). She has shared her diverse research interests in many conference presentations, peer-reviewed journal publications and book chapters, in addition to her classroom teaching. She teaches a series of courses in media studies, including media literacy, media technologies and public policy, and mass media in contemporary society.

Jingsi Christina Wu, PhD, associate professor of media studies in the Lawrence Herbert School of Communication, was interviewed for a Newsday article about feng shui, the ancient Chinese art of enhancing energy and flow in one’s home and environment. She noted that elements of feng shui were believed not only to bring good luck, but were also rooted in practical architectural design.

When Marketing in One Country Backfires Abroad

Apple didn’t respond to my question about why that’s the case. But my colleague Jingsi Christina Wu, a professor of media studies at Hofstra University, said the Chinese government probably didn’t approve of the (PRODUCT)RED message. Although HIV/AIDS is a major public health challenge for China, she said the government doesn’t generally like to acknowledge it openly. Part of the problem is its association with homosexuality and sexually transmitted diseases in general — subjects the government still considers somewhat taboo. According to Human Rights Watch, the country has threatened and suppressed the work of HIV activists...

"It is a big public health and social issue," said Hofstra University Asst. Professor Christina Wu, Ph.D., an expert on Chinese culture and society. In recent years, local charities and organizations have made progress in addressing the HIV/AIDs epidemic there. But, said Dr. Wu, " Officially and politically the government still has a very cautious approach."...

Dr. Wu was interviewed by the Hong Kong-based Phoenix Television outlet about the concerns of Chinese voters in the U.S. during the 2016 presidential election cycle.

Dr. Wu is interviewed by the Hong Kong-based Phoenix Television outlet about candidates Donald Trump and Hillary Clinton on the day of the first presidential debate at Hofstra University, Sept. 26, 2016.

Jingsi Christina Wu, PhD, a media studies professor in the Lawrence Herbert School of Communication, has been selected to present her research at the 2017 International Communication Association pre-conference on normative theory in communication research...

One Hofstra professor has already talked about the show in her media literacy class. Jingsi Christina Wu says her students, who are mostly from Long Island, are worried about how “Princesses” will portray women from wealthy backgrounds. “People assume fans of reality TV tend to copy behavior of cast members, while, in reality, a lot of people actually hate-watch to feel better about themselves,” Wu says. “Of course, this show might risk suggesting it’s OK to live off your parents without working your hardest.”...

Dr. Wu's research explores the intersection of entertainment media, politics, civic engagement, and culture. She is the author of the forthcoming book, "Entertainment and Politics in Contemporary China" (Palgrave Macmillan, September 2017).

Association for Education in Journalism and Mass Communication

2013 Awarded grant to develop her manuscript for "Entertainment Media and Politics in Contemporary China."

"Interracial Communication, or Its Lack of, in Post-racial America”

In this project, Dr. Wu investigates interracial communications, especially that between Chinese Americans and mainstream political discourses during and following the 2016 presidential election. With Barack Obama’s successful election in 2008 and re-election in 2012, “post-racial America” became a buzzword and diversity seemed to have achieved its landmark victory. However, Dr. Wu argues that disconnects in America’s racial discourses and interracial communications continue to exist and came to stark display during the divisive presidential election of 2016.

Normative theory revolves around implicit or explicit notions about the role of the media, especially in functioning democracies. Dr. Wu discusses research from her upcoming book, "Entertainment and Politics in Contemporary China," and the cultural revision that an Aesthetic Public Sphere theory introduces to normative theories about media and democracy.

The Strategic Female: Gender-Switching and Player Behavior in Online Games

2014 As players craft and enact identities in digital games, the relationship between player and avatar gender remains unclear. This study examines how 11 in-game chat, movement, and appearance behaviors differed by gender and by men who did and did not use a female avatar – or ‘gender-switchers’. Drawing on social role and feminist theories of ...

2012 This article pursues a context-rich understanding of how digital media offer unique opportunities for citizens residing in mainland China to participate in civic engagement and organize their civic values. While the Chinese state authority keeps a heavy hand in any form of media, old or new, for use of overt political expressions, I provide empirical ...

Cultural Citizenship at the Intersection of Television and New Media

2012 This article presents a cultural revision on the ongoing debate about the new media’s civic influence, as well as that of the “old media” Television. Specifically, it introduces the notion of “cultural citizenship” into the theoretical discussion and empirical pursuits. In exploring how this concept comes to play at the intersection of television and new media ...

Enlightenment or Entertainment: The Nurturance of an Aesthetic Public Sphere Through a Popular Talent Show in China

2011 In mapping out the structures of representation surrounding a popular talent show in China, this study supports the idea that aesthetic evaluations and discussions more often than not extend into areas of broader concerns. By discussing a popular entertainment program, cultural critics have helped nurture public spheres in which civic issues can be enthusiastically and creatively talked about. The aesthetic public sphere essentially provides an extension of the formal Habermasian public sphere, thus suggesting a more significant civic role for entertainment programs.