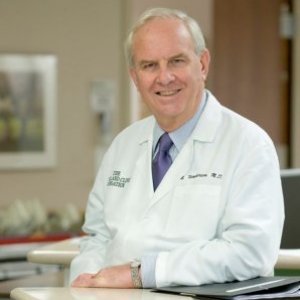 
From this safety and quality expert, learn how a successful model of care can improve outcomes, reduce hospital-acquired infections and more 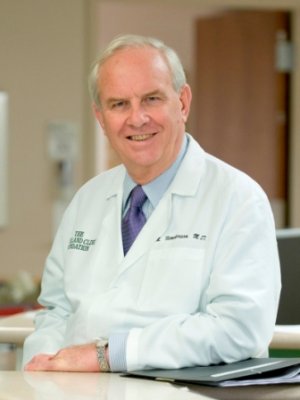 In 2005, Dr. Michael Henderson embarked on an expansion of quality and patient safety for Cleveland Clinic, which led him to his current role as Chief Quality Officer. His interest in quality was initially triggered in the surgical arena in the early 2000's, when he implemented standardized approaches to perioperative processes and became a champion for the National Surgical Quality Improvement Program of the American College of Surgeons.

The establishment of Cleveland Clinic’s Quality and Patient Safety Institute provides a central coordinating focus for all quality, regulatory and risk-management activities across the Cleveland Clinic health system. The institute supports and collaborates with the clinical and support departments to align quality outcomes and patient safety into daily practice for the entire healthcare team. The focus of this work is to make quality and safety patient-centric, clinically relevant, operationally effective, regulatory compliant and academically appealing.

Dr. Henderson came to the United States in 1978, initially to Emory University in Atlanta. In 1992, he joined Cleveland Clinic as Chairman of General Surgery and Director of the Transplant Center. His main clinical interest has been in portal hypertension, with an extensive bibliography and record of presentations in this field. National Institutes of Health funding for his clinical and laboratory studies in portal hypertension has spanned more than 10 years.

Dr. Henderson received his medical degree from St. Andrews University, Scotland, and he completed his surgical training in Edinburgh, Scotland.

"[Dr. Michael Henderson] has assisted and participated periodically to our international seminars in topics of hepatic surgery, portal hypertension, liver transplant and quality care in surgery. All of his lectures have been well accepted and were of critical relevance in the academic field in our country, being recognized as an extraordinary lecturer. Is honorary member of our Association and of the Mexican Association of Gastroenterology, were he has participated in numerous lectures, receiving the highest accolades from the academic audience.”

“Dr. Henderson brings an ideal blend of great judgment, terrific practical insight, and a tremendous command of the clinical dimension to his presentations. An authentic leader grounded in core values, he can cut through complexity and make sure an audience understands what is most important to high performance patient-centered care – the basics. His global credentials in patient safety quality complimented by his reputation as a leading surgeon provide the credibility needed move clinicians and administrators on their leadership journey.”

"I have seen [Dr. Mike Henderson] present numerous times and feel he is an organized, clear, and effective speaker. I have asked him to speak numerous times for conferences I have organized."

Dr. Henderson discusses how quality plays into healthcare reform (the value side of the equation) and what providers can anticipate in terms of value-based purchasing. He also shares how new models of care can answer some of the demands of healthcare’s “new normal.”

Dr. Henderson shares how Cleveland Clinic created a model of management for quality and patient safety involving all caregivers in quality improvement. The success of this model relies on consistent training, communication and easy-to-use tools as a basis for improving the safety culture and driving quality improvement. This model has helped Cleveland Clinic improve quality outcomes and reduce hospital-acquired infections and other complications.