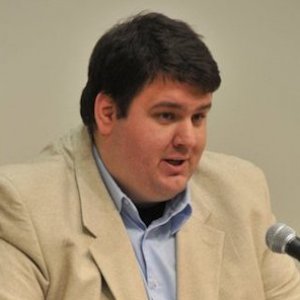 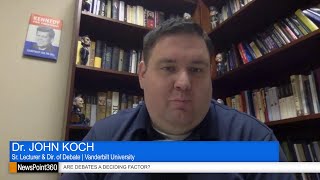 John Koch uses a wide range of methods to understand and explain political and policy debates. He is interested in: political campaign debates, presidential debates, policy debates and presidential rhetoric. His research is guided by the question of how we can improve citizenship practices and debates within our political culture. He currently serves as the chair of National Communication Association’s Argumentation and Forensics Division. His research has appeared in Contemporary Argumentation and Debate, the National Forensic Journal, and various book chapters on presidential rhetoric. He has also been published or quoted in various news publications regarding political debates, including The Boston Globe, The Conversation, and Metro News. Currently, he serves as the Director of Debate of Vanderbilt’s internationally renowned and award-winning debate program.

3 things to watch for in Pence-Harris vice presidential debate

Most of the post-debate focus groups and polling indicate a desire among voters for the campaigns to discuss the issues and explain their vision for the next four years, said John P. Koch, director of debate at Vanderbilt University. "This debate then is an opportunity, which was lost last week, to speak directly to voters and ask for their vote," Koch said. "Given the president’s diagnosis has taken him off the campaign trail, the stakes in this debate may now be higher for Pence. He likely needs to utilize the debate to reset the campaign after the events of the last week. One way to do that would be to set the tone in the debate by directly addressing the questions, focusing on campaign issues and themes, and drawing contrasts with the Biden-Harris ticket. The stakes are likely not as high for Harris, since the Biden-Harris campaign has proceeded as planned this last week, but I expect her to do much of the same."

Yes, Biden and Trump are scheduled to debate again. But what will that look like?

John Koch, director of debate at Vanderbilt University, said in an interview Wednesday that he was hopeful the nation would avoid a repeat of the first debate when the candidates meet for their town hall. “It shifts to voters asking questions and I would expect the candidates to be more respectful to average voters than they were to Chris Wallace, and attempt to answer those questions, because I think there’s a lot of risk in acting that way when voters are the ones that are asking the questions," he said.

Four things to watch for in Trump-Biden presidential debate

John P. Koch, director of debate at Vanderbilt University, said during the 2016 campaign season Trump was "successful in debates by creating moments that are memorable, appeal to his base, and control the media narrative following the event." "While Biden will likely be looking to avoid big moments, Trump will be looking to create them," Koch said.

Some experts believe a moderator’s job goes beyond asking questions. “I think the most important job of the moderator is follow-up. When they give an answer, or if there is a debate occurring, to know the appropriate questions to ask in the follow-up,” said John Koch, debate director at Vanderbilt University.

50 years after fists: Who would listen, who would care?

But another part “speaks to the fact that you don’t have the media gatekeepers you had in 1968,” said John Koch, who teaches a course called ‘Rhetoric, Sports and Society’ at Vanderbilt. “It used to be the media had the sole responsibility of what was salient, worthy of seeing,” Koch said. “Twitter users have that same ability now.”

How Should Presidential Debates Change?

“The debate would start with: Here's the issue or the situation. You have 30 minutes or whatever it is to meet with your consultants and advisers and then we want you to come back with a position,” suggests John Koch, director of debate at Vanderbilt University.