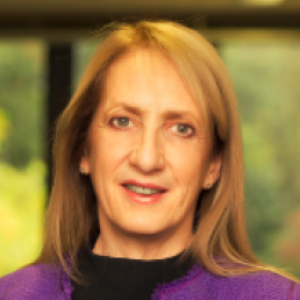 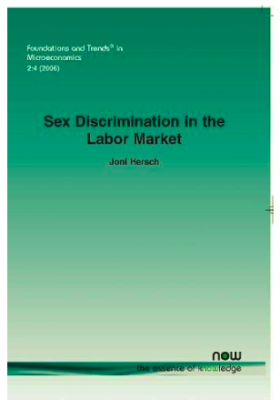 Joni Hersch is an economist who works in the areas of employment discrimination and empirical law and economics. She has published numerous articles in leading peer-reviewed journals and law reviews.

Hersch’s research focuses on the influence of gender, race, national origin, skin color, and family background on labor market outcomes, higher education and inequality. Her research has received international media attention and has been featured in publications such as the New York Times, Wall Street Journal, Washington Post, Vox, The Boston Globe, The Atlantic and the L.A. Times.

Hersch joined Vanderbilt Law School as a professor of law and economics in 2006, with secondary appointments in the Department of Economics and the Owen Graduate School of Management. That same year, she and W. Kip Viscusi co-founded Vanderbilt’s Ph.D. Program in Law and Economics. She is a research fellow with IZA Institute for Labor Economics and was co-editor of the peer-reviewed IZA Journal of Labor Economics from summer 2015 through summer 2018. She also serves as associate editor of the Review of Economics of the Household. She is the author of Sex Discrimination in the Labor Market (Foundations and Trends in Microeconomics, 2006) and co-editor of Emerging Labor Market Institutions for the Twenty-First Century (University of Chicago, 2004).

Discrimination in the Labor Markets

Is $7.6M The Value Of Sexual Harassment?

Title VII is the federal law that protects against sexual harassment, and the $300,000 cap on damages was instituted as part of the Civil Rights Act of 1991. “There were no damages other than back pay awarded prior to 1991, so at least this was progress,” Hersch says. She isn’t sure how they came up with the $300,000 limit, but Hersch's goal was to statistically figure out what the correct cap should be.

Why You Can’t Catch Up

It is extremely difficult for students from less competitive colleges to gain admission to top graduate programs, including law and business schools, regardless of how good their grades and scores are. And those who do rarely attain the earnings power of peers who attended elite colleges. “The myth is that there are lots of entry points in the system, ways for people to rise up, to climb the educational ladder, but the numbers tell a different story,” Dr. Hersch said.

“Sexual harassment in the workplace is so universally despised that people require some extra compensation for exposure to a sexually harassing environment,” says Joni Hersch, professor of law and economics at Vanderbilt University.

The Gendered Burdens of Conviction and Collateral Consequences on Employment

2019 "Ex-offenders are subject to a wide range of employment restrictions that limit the ability of individuals with a criminal background to earn a living. This Article argues that women involved in the criminal justice system likely suffer a greater income-related burden from criminal conviction than do men."

2019 "Upon divorce, marital assets in most states are divided equitably, often with the underlying legal purpose of equalizing outcomes. To examine whether decision makers value economic considerations, such as opportunity cost, specialization, and bargaining power, we asked subjects to divide marital assets equitably between a breadwinning husband and non-breadwinning wife in a wealthy household."