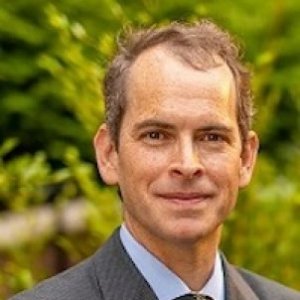 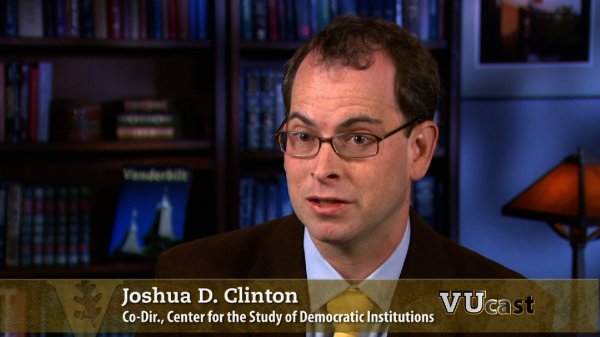 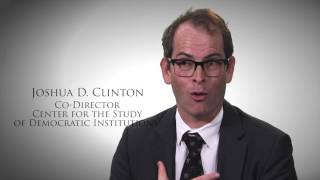 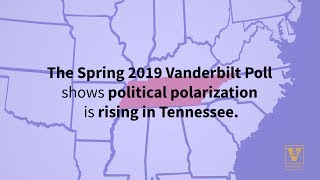 2011, For “More A Molehill than a Mountain: the Effects of the Blanket Primary on Elected Officials’ Behavior From California.” With Will Bullock.

2014, for “the best paper on the scientific study of Congress and the Presidency” at 2013 MPSA

As COVID surges, Americans remain divided on the threat. What will it take to bring them together?

Josh Clinton, a political science professor at Vanderbilt University, also has explored how political differences influence attitudes toward the pandemic. Like Gadarian, he has found Republicans and Democrats have significantly different worldviews that do not appear to be changing amid the growing threat.

Coronavirus could push Americans to lobby for a social safety net like Europe’s, experts say

Meanwhile, Joshua Clinton, professor of political science at Vanderbilt University, told CNBC that things would “probably revert back to normal” once the crisis was over. “There might be a slight shift, but I don’t think that you’ll see a grand shift in how people think about the structure of the state and the relationship of the state to their own lives,” he said. “Looking back historically at other events, it doesn’t seem to be the case that people’s exposure to government programs or government intervention really systematically shifts them in fundamental ways.”

Five States Have Already Canceled GOP Primaries. Here’s What You Should Know

"The parties are private organizations and so they can do whatever they want," Joshua Clinton, co-director of the Center for the Study of Democratic Institutions at Vanderbilt University, told Fortune. "They're kind of a really unique institution in our society because on the one hand they're like private clubs, but on the other hand, they run our government."

Elizabeth Warren and the Myth of Momentum

Elizabeth Warren enters the first Democratic debate tonight hoping to capitalize on some recent good headlines. She’s gained in polls, from an average of 6 percent in March to 12 percent today. Nate Silver observes that Warren’s rise has been at Bernie Sanders’s expense. Yesterday’s Moveon.org straw poll illustrates this trend. Warren was in sixth place in December, with 6 percent. Now, among progressive activists, she’s leading the field at 38 percent. Bernie is in second with 17 percent.

In a statement on the poll results, Geer and fellow co-director Josh Clinton, also a political science professor, pointed to widening polarization in partisan politics in the state, an echo of what has taken place at the national level. “We’re seeing the beginnings of a potential fracture in terms of what direction the state wants to go,” Clinton said. “On one hand, our political leaders could go all in for issues that matter to the Republican base, but which may not be reflective of the views of independents and Democrats. Or they can maintain a more consensus-based approach to policies that voters support broadly.”

The Biggest October Surprise This October Is That There's No Surprise

"We live in an era, with Trump in the White House, where every morning is a surprise." That's what Walter Shapiro, a columnist at Roll Call and political science lecturer at Yale who has covered the last ten presidential elections, told me late last week. I had just asked him about the spate of pipe bomb devices sent to prominent members of the press and political class known for disagreeing with President Donald Trump. As of Friday, ten days before the midterm elections that will determine the party sway of the House and Senate—and, depending on whom you ask, the future of the republic—at least 14 such packages had been discovered. (That morning, police arrested a 56-year-old registered Republican named Cesar Sayoc in connection with the suspicious packages, none of which had detonated or appeared to have caused harm. He was soon charged with at least five federal crimes.)

America's disturbing voter-turnout crisis: How inequality extends to polling place — and why that makes our country less fair

Automatic voter registration isn’t the sexiest way to start a political revolution, but it may be the most effective. The United States lags behind the rest of the rich world in turnout, but it leads the rich world in disparity in turnout across income and education levels, which has profound effects on policy. This so-called "turnout skew" further biases policy towards the rich, even more than it already would be because of the structural advantages the rich enjoy. Bolstering turnout could lead to a self-reinforcing feedback loop in the opposite direction.

Who Participated in the ACA? Gains in Insurance Coverage by Political Partisanship

2019 Context: The authors examined whether participation in the Affordable Care Act (ACA) differed by political partisanship. Answering this question is important for understanding how contentious elite-level decision making and discourse may affect policy uptake, and the ability of the ACA to create a constituency of beneficiaries invested in its support.

Knockout Blows or the Status Quo? Momentum in the 2016 Primaries

2019 Notions of momentum loom large in accounts of presidential primaries despite imprecision about its meaning and measurement. Defining momentum as the impact election outcomes have on candidate support above and beyond existing trends and leveraging a rolling cross section of more than 325,000 interviews to examine daily changes in candidate support in the 2016 nomination contests reveal scant evidence that primary election outcomes uniquely affect respondents’ preferences over the competing candidates.

2019 Given pervasive gridlock at the national level, state legislatures are increasingly the place where notable policy change occurs. Investigating such change is difficult because it is often hard to characterise policy change and use observable data to evaluate theoretical predictions; it is subsequently unclear whether law-making explanations focusing on the US Congress also apply to state legislatures.

An Evaluation of the 2016 Election Polls in the United States

2018 The 2016 presidential election was a jarring event for polling in the United States. Preelection polls fueled high-profile predictions that Hillary Clinton’s likelihood of winning the presidency was about 90 percent, with estimates ranging from 71 to over 99 percent. When Donald Trump was declared the winner of the presidency, there was a widespread perception that the polls failed.

Changing Owners, Changing Content: Does Who Owns the News Matter for the News?

2017 The press is essential for creating an informed citizenry, but its existence depends on attracting and maintaining an audience. It is unclear whether supply-side effects—including those dictated by the owners of the media—influence how the media cover politics, yet this question is essential given their abilities to set the agenda and frame issues that are covered.