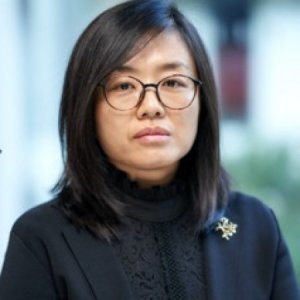 Professor Du's main research interest is to understand the driving forces and impediments of productivity enhancement and economic growth.

The EU-UK Trade and Cooperation Agreement is costly, what does the UK need to do? | Aston Angle 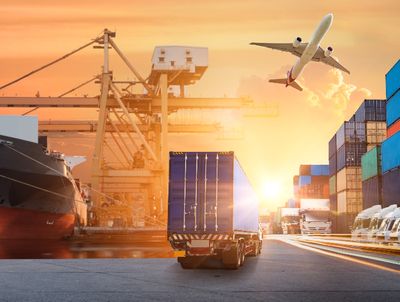 Jun Du is Professor of Economics at Aston Business School. Jun is an applied economist whose main research interest is to understand the driving forces and impediments of productivity enhancement and economic growth, from multi-level dimensions of individuals, firms, industries, regions, governments, and their interplays, in both developed and emerging economic contexts (China in particular). She has expertise in applied econometric methodologies using micro-data from both developed and developing countries. Jun held a visiting research fellowship in Stockholm School of Economics and is linked with Chinese Social Science Academy. She is also a research fellow in Advanced Institute of Management, and member of several professional bodies. Jun published in International Journal of Industrial Organization, Research Policy, Journal of Productivity Analysis, Entrepreneurship Theory and Practice, Journal of Law, Economics and Journal of Business Venturing and International Journal of Business Studies. Her research has received external funding from the Economic and Social Research Council (ESRC), Leverhulme Foundation, NESTA foundation, and various UK government agencies including UKTI, DTI and BIS, local governments (Manchester, Birmingham and West Midlands local authorities), as well as from the private sector. She led the productivity research projects in the Business Demography Research theme in the UK Enterprise Research Centre (ERC), and currently the Director of the Lloyds Banking Group Centre for Business Prosperity (LBGBP) leading on projects on the UK firm international trade, innovation and productivity.

Are individualistic societies worse at responding to pandemics?

UK Prime Minister Boris Johnson recently suggested that coronavirus infections are higher in the UK than Germany or Italy because Britons love freedom more, and find it harder to adhere to control measures.

Jun Du, professor of economics at Aston Business School, said: “This evidence suggests that UK exporters are jumping before they’re pushed – finding alternative markets worldwide for their products even before we know the outcome of the current UK-EU trade negotiations and any potential new barriers.

“New technology adoptions really require initial investment upfront and changes in business models. During this crisis, businesses are unlikely to be in the position to do this due to financial pressure and uncertainty,” says Dr Jun Du, professor of economics at Aston Business School.

Coronavirus won’t kill globalisation – but a shakeup is inevitable

The COVID-19 pandemic is now expected to trigger the worst economic downturn since the Great Depression. Many argue it could unravel globalisation altogether.

Local governance and business performance in Vietnam: the transaction costs’ perspective. Regional Studies. This paper adopts a transaction costs’ perspective to explain why the growth of small and medium-sized enterprises (SMEs) may vary across regions of an emerging economy. Furthermore, it is argued that young and small firms gain more from the improvement of local governance than do old and large firms. In addition, depending on the institutional history, SMEs will respond differently to the incentives provided by local governance. Analysing more than 300,000 SMEs in Vietnam during 2006–12, it is shown that higher-quality local governance positively influences local SME revenue growth; this effect is stronger for young and small firms, and matters more where institutional history suggests there is less support for entrepreneurship.

Regional Studies celebrates its 50th anniversary with this special issue. This introductory article reflects back on developments since the journal was started and offers signposts for urban and regional research looking ahead. It outlines the changing global context for regional studies and identifies some of the ways in which the need for regional research is enhanced by the extraordinary challenges currently confronting the world. It also introduces important themes from the recent history of the journal that are likely to feature in future. This is obviously a highly selective exercise, given the considerable breadth and depth of regional research over the years.

Intermittent exporting is something of a puzzle. In theory, exporting represents a major commitment, and is often the starting point for further internationalization. However, intermittent exporters exit and subsequently re-enter exporting, sometimes frequently. We develop a conceptual model to explain how firm characteristics and market conditions interact to affect the decision to exit and re-enter exporting, and model this process using an extensive dataset of French manufacturing firms from 1997 to 2007. As anticipated, smaller and less productive firms are more likely to exit exporting, and react more strongly to changes in both domestic and foreign markets than larger firms. Exit and re-entry are closely linked. Firms with a low exit probability also have a high likelihood of re-entry, and vice versa. However, the way in which firms react to market conditions at the time of exit matters greatly in determining the likelihood of re-entry: thus re-entry depends crucially on the strategic rationale for exit. Our analysis helps explain the opportunistic and intermittent exporting of (mainly) small firms, the demand conditions under which intermittent exporting is most likely to occur, and the firm attributes most likely to give rise to such behavior.

Subsidies, rent seeking and performance: Being young, small or private in China

Entrepreneurs in emerging market economies operate in weak institutional contexts, which can imply different types of government. In some countries (e.g., Russia), the government is predatory, and the main risk faced by (successful) entrepreneurs relates to expropriation. In other countries (like China) this kind of risk is lower; nevertheless the government is intrusive, and the rules of the game remain fluid. The implication of the latter for entrepreneurs is that they are more likely to spend time and resources on influence (rent seeking) activities rather than on productive activities. We illustrate this type of government by focusing on the distribution of subsidies in China. We present a simple formal model that explores not only the direct effects of rent seeking for a company but also externalities under a situation of policy-generated uncertainty in the distribution of subsidies. We explore how these effects differ for the entrepreneurial sector (young, private and small companies) compared with other sectors. We posit that while the performance of private companies is more affected than the performance of state firms, the impact of government-induced uncertainty on young and small companies is actually less pronounced. Our empirical analysis, based on a unique large dataset of 2.4 million observations on Chinese companies, takes advantage of the regional and sectoral heterogeneity of China for empirical tests.

Selection, Staging, and Sequencing in the Recent Chinese Privatization

The Journal of Law and Economics

Selection in privatization is the decision-making process of choosing state-owned enterprises (SOEs), prioritizing and sequencing privatization events, and determining the extent of private ownership in partial privatization. We investigate this process in the important but rarely studied case of China. Using the SOE population for 1998–2008, we track 49,456 wholly state-owned firms and identify 9,359 privatization cases. Our econometric analysis concludes that privatization selection is a complex decision-making process in which local governments balance various economic, financial, and political objectives. In the recent Chinese privatization, firm performance relates to the selection, staging, and sequencing in privatization in an inverted-U fashion. The worst- and the best-performing SOEs are more likely to remain state owned, more likely to maintain higher levels of state holding when privatized, and less likely to be privatized later. These patterns suggest a privatization reform slowdown and underlying changes in the privatization policy.