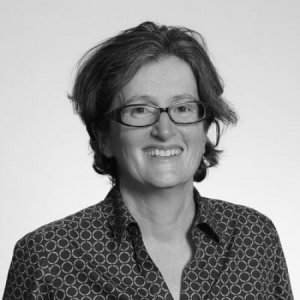 Kate Sugden joined Aston University in 2004 as a Medici Fellow having spent seven years in industry and became a Senior Lecturer in 2008 and a Reader in 2014. In 2018 She moved to the College of Engineering and Physical Sciences as Deputy Dean for Enterprise and International.

After her PhD and two years working as a research fellow Kate worked for ADC in Australia for a year transferring fibre Bragg grating technology into a production environment. When she returned to the UK she worked as a director for two fibre optic companies, first for Oxford Fiber Optic Tools, and then Indigo Photonics.

Kate's teaching interests lie in the development of courses that holistically develop a broad range of engineering skills. At the moment her teaching activities revolve primarily around work and study placements.

This paper reports the first microstructured solid-core fiber drawn from a 3D-printed preform and the first fiber Bragg gratings inscribed in a fiber of this type. The presented fiber is made of polycarbonate and displays single-mode behavior. The fiber attenuation was the lowest reported so far for a POF drawn from a 3D-printed preform across a broad range of wavelengths.

Optical coherence tomography (OCT) has developed rapidly and is widely used in different fields such as biomedicine and optometry. The characterization and calibration of OCT systems is essential when testing the system and during normal use to ensure that there is no misalignment or distortion that could affect clinical decisions. Imaging distortion is a significant challenge for OCT systems when viewing through non-planar surfaces. Here we present a new multi-purpose plano-convex OCT phantom which is designed to be used for OCT characterization and calibration as well as to validate the post-processing algorithm for the imaging distortion of the OCT systems.

Lasers are an unnatural occurrence, rendered almost impossible in nature due to the laws of thermodynamics. Thus, the presence of laser radiation is always accompanied by an intent for that laser such as sensing, targeting, range finding etc. Detection of laser radiation is therefore important as it may be a precursor to impending action.

The availability of low cost but relatively high power laser pointers (hundreds of mW) has led to misuse with potentially dangerous consequences, such as dazzling aircraft which has raised concerns about aircraft safety. A low cost laser detection system based on coherence detection has been developed and is able to detect weak, continuous laser sources even against bright background light.

A novel approach for a delay line interferometer (DLI) based on transmission Bragg scattering is proposed. We have numerically and experimentally demonstrated for the first time, to the best of our knowledge, that a Bragg grating (BG) can deliver the functionality of a DLI in its transmission mode along a single common interfering optical path, instead of the conventional DLI implementation with two interfering optical paths.