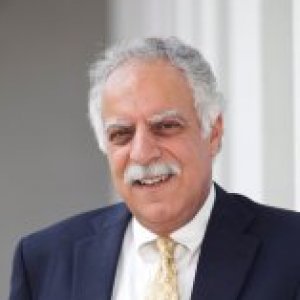 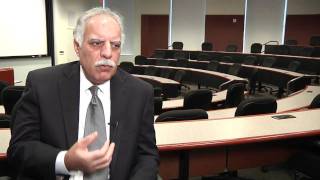 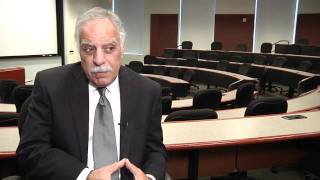 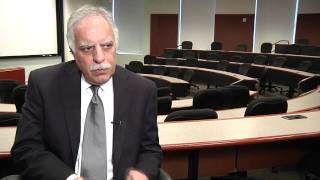 Robert K. Kazanjian is currently Asa Griggs Candler Professor of Organization and Management. From 2010-2017, he served as Vice Dean for Programs, and for part of 2014, he acted as interim Dean. He was also Senior Associate Dean for Executive Education with responsibility for all non-degree programs at Goizueta from 2002-2004. Prior to his appointment at Emory, Rob was a faculty member at the Graduate School of Business, University of Michigan. More recently, he was a Visiting Professor at the Amos Tuck School of Business at Dartmouth College. Rob received his PhD in Organization and Strategy as well as an MBA from The Wharton School of the University of Pennsylvania. He has an AB in economics (with honors) from Hamilton College.

Rob has authored a number of articles in such journals as Management Science, Strategic Management Journal, Academy of Management Journal, Academy of Management Review, Organization Studies and Journal of Business Venturing. He is the co-author or co-editor of two books: Strategy Implementation: Structure, Systems and Process with Jay R. Galbraith (West Publishing); and The Search for Organic Growth with Ed Hess (Cambridge University Press). Since 1999, he has received 15 Teaching Excellence awards from full-time, part-time and executive MBA students at Goizueta.

The Wharton School, University of Pennsylvania: PhD, Organization and Strategy 1983

The Wharton School, University of Pennsylvania: AM, Organization and Strategy 1979

The Wharton School, University of Pennsylvania: MBA, Organization and Strategy 1975

2010 Much of the existing research on innovation has concentrated on the study of individuals in small group settings. However, projects marked by multiple teams, high task interdependence, long duration, and large scale have become increasingly common in practice. Very little is known about how extant research findings related to innovation may generalize to such complex settings. Taking a multilevel theoretical approach, individuals' propensity to innovate is hypothesized as the product of individuals' relationship with their work team (team member identification) and their team's relationship to other teams within the organizational system (interteam interdependence). A large, diversified manufacturing firm engaged in a multibillion dollar project that involved the development of a technologically intense, highly innovative, new product served as the research site. Based on archival and survey data (n=118), five hypotheses were tested. The findings indicate that individuals' strong team identification and their perceptions of high interteam interdependence each had positive main effects on individuals' intentions to innovate. However, these two variables also interacted negatively to significantly decrease innovation intentions. Therefore, high identification with team may lead individuals to view interdependence with another team as a threat deflecting attention from innovation. The finding related to the role of identity, although consistent with work linking identity to other team behaviors, usefully broadens the reach of identification theories to demonstrate their impact on innovation.

Creativity and Technological Learning; The Roles of Organization Architecture and Crisis in Large-Scale Projects

Journal of Engineering and Technology Management

2000 Creativity increasingly takes place in organizational settings best described as large-scale, long-time duration projects. Such projects, directed at the development of complex products such as aircraft, autos and computers, are characterized by high levels of complexity including ambiguity as to the ultimate outcome and design of the product. In developing these types of products, firms design organizational structures that are composed of many multi-functional teams, each responsible for the design of some sub-system of the overall project. Through a process of inductive theory building based on a case analysis of one such organization, we propose that creativity is affected by multiple levels of interdependence. We find that even the best attempts at developing an organizational architecture to handle such complexity are never complete and that periodically crises arise during the design process. These crises are significant events where creativity occurs and new technical knowledge is generated, allowing the organization to realize its project objectives. Although the case analysis centers on the relation of context to creativity, we argue that creativity leads to technological learning, which we define as a form of organizational learning.

Purpose-Built Theories: A Reply to Ford

The Academy of Management Review

Robert Kazanjian, a business professor at Emory University in Atlanta, told Insider that corporate America’s response to Georgia’s voting laws came down to economics. In the 1970s, the economist Milton Friedman declared that the purpose of a corporation was to maximize shareholder profits. But in 2019, over 180 top CEOs banded together, parted ways with Friedman, and declared stakeholder capitalism the reigning principle. “Companies are trying to figure out what does the stakeholder view encompass right now? It’s an increasingly long list of issues, and it’s harder for them to ignore them,” Kazanjian said.

MBA program ranks No. 1 in employment

"Timing has proven pivotal," says Rob Kazanjian, vice dean of programs and professor of organization and management. "We begin with in-depth career management engagement the summer before the program begins, then follow with an innovative curriculum that is front-loaded with core business courses, freeing students to pursue electives in subsequent semesters and creating day-one readiness for both internships and the first post-graduation job."...