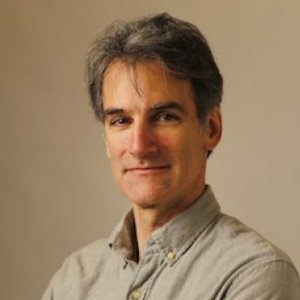 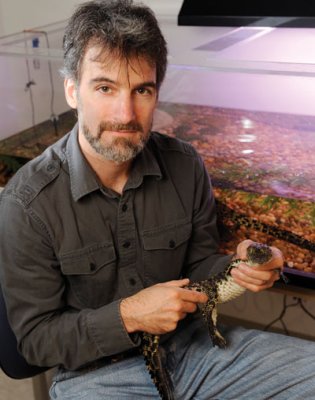 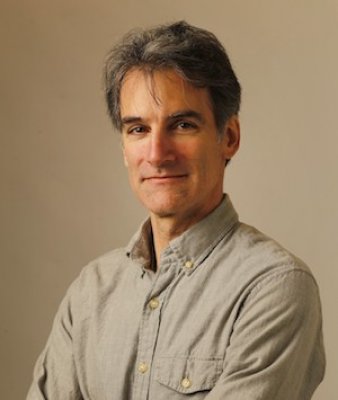 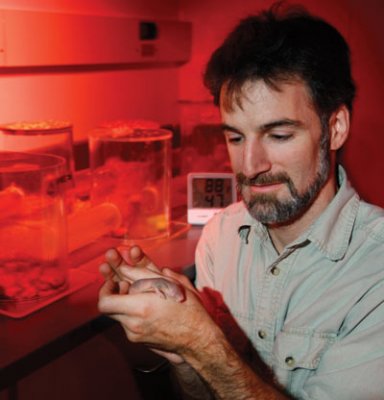 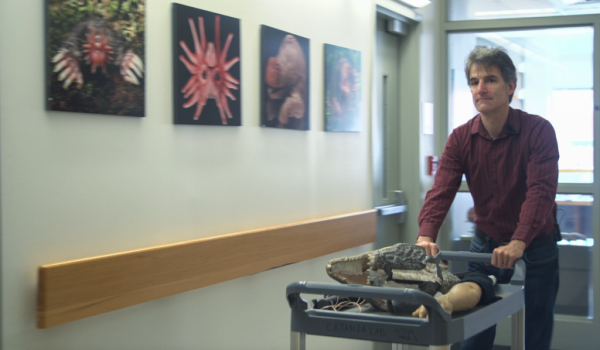 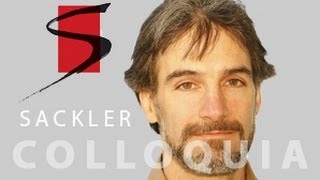 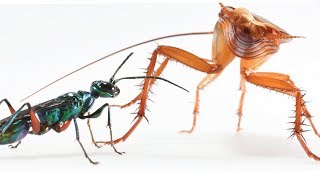 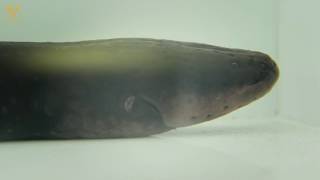 Kenneth Catania is a neuroscientist whose investigations of mammalian insectivores, particularly the star-nosed mole, provide fundamental insights into the organization of the sensory cortex. The star-nosed mole, a near-blind, wetlands-dwelling rodent, relies on fleshy tactile tendrils surrounding its nose to locate and identify prey underground. In his early work, Catania showed that the somatosensory cortex of these animals is organized in spatial maps corresponding to the sensory organ itself; this discovery represents a correspondence to the organization of the visual cortex in most other mammals. By investigating natural variations in the number of sensory tendrils, he was able to show that the somatosensory maps reorganize according to the morphology of the organ, implying that the sensory inputs themselves shape the cortical organization during development. Recently, Catania used foraging theory to show that the star-nosed mole approaches the theoretical maximum speed for locating and consuming food; he postulates that the remarkably fast neural processing of sensory input represents a necessary adaptation to the ecological niche of this insectivorous mole species. Through his integrative approach to understanding an unusual animal model, Catania generates new insights into the mammalian cortex — how it evolves, how it develops, and how it responds to changing conditions.

Kenneth Catania received a B.S. (1991) in zoology from the University of Maryland, College Park and a Ph.D. (1997) in neuroscience from the University of California, San Diego. He was a postdoctoral fellow at Vanderbilt University (1997-1998) and served as an assistant professor (1998-2006) in Vanderbilt’s Department of Biological Sciences, prior to being named an associate professor in 2006. Catania’s articles have appeared in such journals as Nature, Proceedings of the National Academy of Sciences USA, and Nature Neuroscience.

The Jeffrey Nordhaus Award for Excellence in Undergraduate Teaching (professional)

They might look like something out of science fiction, but star-nosed moles are real-life creatures that can be found along the East Coast, including in Connecticut. These small, furry mammals are a bit larger than a house mouse and live underground in wetlands, digging tunnels with their enormous claws. But their most distinctive feature is their pink, star-shaped nose. Ken Catania, Stevenson Professor of Biological Sciences at Vanderbilt University, has studied the neurobiology of the star-nosed mole’s strange snout for decades. He told Where We Live about the science behind these incredible creatures.

The Wasp Wants a Zombie. The Cockroach Says ‘No’ With a Karate Kick.

Like a handler leading a horse, the wasp grabs hold of the roach’s antenna and steers it into a hole. There, it lays an egg on the roach that eventually hatches into a hungry larva that chows down on the cockroach. When the baby matures, it bursts from the roach’s chest ready to continue the gruesome ritual. “It’s kind of straight out of Alien,” said Kenneth Catania, a biologist from Vanderbilt University in Tennessee, “and it’s about the only thing I can think of that’ll make you feel sorry for a cockroach.”

How to Not Become a Zombie, Using Martial Arts

A neurobiologist at Vanderbilt University, Catania has a track record of investigating unusual animals, many of which he studies single-handedly. He has worked on star-nosed moles, tentacled snakes, naked mole rats, electric eels, crocodiles, and, er, humans. “I like getting firsthand experience about the animals I find are most interesting,” he says. “I teach about the emerald cockroach wasp, so I went ahead and got some. I thought I would just start filming them to show students and flesh out my lectures, especially the Halloween one.” His videos, filmed at high speed, showed that the wasp’s attacks are all about the pronotum. If it gets its jaws on this plate, and delivers the first sting, “it’s game over,” says Catania. That happens roughly half the time without incident, usually when the wasp takes the cockroach unawares. But often, the cockroach defends itself.

Ken Catania, a biologist and professor at the school, videotaped interactions between the roaches and their predators — emerald jewel wasps — and studied their interactions. “It’s kind of a famous interaction in biology circles and beyond,” Catania told Fox News. An emerald jewel wasp will temporarily paralyze an American cockroach’s front legs and “weave its stinger through the cockroach’s throat into its brain,” essentially “zombifying” it, he explained.

It's Like An 'Electric-Fence Sensation,' Says Scientist Who Let An Eel Shock His Arm

Electric eels sometimes leap out of the water to increase the power of their jolt — and one scientist has been trying to understand this behavior more fully by letting a small eel repeatedly shock his arm. Ken Catania, a Vanderbilt University neurobiologist who has been studying electric eels in his lab, recently noticed something strange whenever he tried to fish them out with a net that had a metal rim and handle. The eels would leap out of the water to attack it. "Electric eels, in my experience, had never done something like that where they come out of the water, and they did it in a very directed way," he recalls.

See a Biologist Brave Eel Shocks in the Name of Science

You see, last year Catania showed that eels can leap from the water to deliver their strike to a would-be predator. In that experiment, he relied on a fake human hand to endure the electrical attacks. But Catania wanted to measure the actual power of an eel’s zap, and a prosthetic wouldn’t do. To quantify a real eel-to-human electrical circuit, he’d need to measure the resistance of real human skin. “Maybe I painted myself into a corner here, because I always tell my students to collect data rather than just making theoretical measurements,” says Catania, whose new study was published today in the journal Current Biology. “After using an arm prop in the last paper, it just seemed kind of like destiny.”

How Not to Be Turned into a Zombie

The emerald jewel wasp (Ampulex compressa) is renowned for its ability to zombify the American cockroach (Periplaneta americana) with a sting to the brain. When the venom takes effect, the cockroach becomes passive and can be led by its antenna into a hole, where the wasp deposits an egg and then seals the exit with debris. The cockroach has the ability to walk, run, or fly if properly stimulated, but it does not try to escape as it is slowly eaten alive by the developing wasp larva. Although the composition and effects of the wasp’s venom have been investigated, no studies have detailed how cockroaches might prevent this grim fate. Here it is shown that many cockroaches deter wasps with a vigorous defense. Successful cockroaches elevated their bodies, bringing their neck out of reach, and kicked at the wasp with their spiny hind legs, often striking the wasp’s head multiple times. Failing this, the elevated, “on-guard” position allowed cockroaches to detect and evade the wasp’s lunging attack. If grasped, the cockroaches parried the stinger with their legs, used a “stiff-arm” defense to hold back the stinger, and could stab at, and dislodge, the wasp with tibial spines. Lastly, cockroaches bit at the abdomen of wasps delivering the brain sting. An aggressive defense from the outset was most successful. Thus, for a cockroach not to become a zombie, the best strategy is: be vigilant, protect your throat, and strike repeatedly at the head of the attacker.

All in the Family – Touch Versus Olfaction in Moles

Here I review, compare, and contrast the neurobiology and behavior of the common, eastern mole (Scalopus aquaticus) and the star‐nosed mole (Condylura cristata). These two species are part of the same family (Talpidae) and have similar body size and general morphology. But they differ in sensory specializations, complexity of neocortical organization, and behavior. The star‐nosed mole has an elaborate mechanosensory organ—the star—consisting of 22 epidermal appendages (rays) covered with 25,000 touch domes called Eimer's organs. This densely innervated structure is represented in the neocortex in three different somatosensory maps, each visible in flattened neocortical sections as a series of 11 modules representing the 11 rays from the contralateral body. The 11th ray is greatly magnified in primary somatosensory cortex (S1). Behavioral studies show the star is moved in a saccadic manner and the 11th ray is a high‐resolution tactile fovea, allowing star‐nosed moles to forage on small prey with unprecedented speed and efficiency. In contrast, common mole noses lack Eimer's organs, their neocortex contains only two cortical maps of the nose, and they cannot localize small prey. Yet common moles have exceptional olfactory abilities, sniffing in stereo to rapidly localize discrete odor sources originating from larger prey. In addition, common moles are shown to track odorant trails laid down by moving prey. These results highlight the surprising abilities of species once thought to be simple, and the usefulness of diverse species in revealing general principles of brain organization and behavior.

Catania tests the dynamics of the electrical circuit that develops when an electric eel leaps to electrify a threat. Even small eels use this strategy to direct the majority of their electric current through a target. Current levels and eel pulse rates efficiently activate nociceptors, providing a powerful deterrent to potential predators.