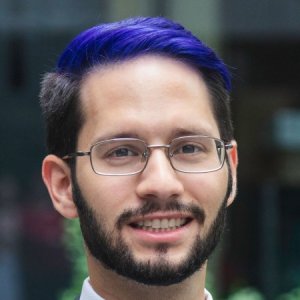 
Dr. Carasik researches computational and experimental thermal hydraulics and is the Director of the FAST Research Group.

Dr. Lane Carasik (He/Him/His) is an Assistant Professor within the Department of Mechanical and Nuclear Engineering at Virginia Commonwealth University. Dr. Carasik is also the Director of the Fluids in Advanced Systems and Technology (FAST) research group that focuses on thermal hydraulics research in advanced energy systems including nuclear fusion/fission and concentrated solar power. Between January 2021 to June 2021, he was the Director of the VCU High Performance Research Computing core facility as a part-time administrative role providing strategic leadership for growing high performance computing needs. Prior to joining VCU, Dr. Carasik was a Nuclear Thermal Fluids Engineer at Ultra Safe Nuclear Corporation and before that, Kairos Power as a CFD & Thermal Fluids Engineer. Dr. Carasik is an Associate Editor of the American Nuclear Society Fusion Science and Technology Journal as well as the current chair of the Diversity and Inclusion in ANS committee, an External Affairs Committee member, and a Thermal Hydraulics Division Executive Committee member. Dr. Carasik has a Ph.D. in Nuclear Engineering from Texas A&M University and a B.S. in Nuclear Engineering from the University of Tennessee, Knoxville. Lastly, he was a co-recipient of the 2020 ASME FED Moody and 2018 ASME CFD Best Paper Awards for work completed while employed at Kairos Power on a DOE GAIN Voucher.

Awarded for the paper, "Calculation of Friction Factors and Nusselt Numbers for Twisted Elliptical Tube Heat Exchangers using NEK5000" (FEDSM2018-83477) for being an "Outstanding original paper useful to the practice of mechanical engineering"

As I write this, I’m excited to know the future of the American Nuclear Society will involve the activities and efforts of the newly formed Diversity and Inclusion in ANS (DIA) Committee. The DIA Committee was formed after the 2018 Annual Meeting by expanding the Professional Women in ANS (PWANS) committee with the inclusion of Nuclear Pride, a LGBTQA+ nuclear organization. It is dedicated to giving a voice to all underrepresented and marginalized groups within ANS, including, but not limited to, women, persons of color, the LGBTQA+ community, and people with disabilities. This new committee is the result of the combined efforts of several people over several years to ensure all of these groups, named and not named, have a voice. See url for full article.

Advanced energy systems such as concentrated solar, nuclear, or geothermal energy use heat transfer equipment (heat exchangers) to transfer heat from heat generation components to power conversion components. Commonly, heat exchangers consist of two working fluids that are separated by tubes, plates, or other surfaces. These surfaces can be modified through heat transfer enhancements (HTE) to increase the heat transfer and overall efficiency of the heat exchanger. Any meaningful increase in the efficiency of heat exchangers can lead to improved economics (capital, operating & maintenance costs) of the advanced energy system. In this project, we will use a combined experimental and computational effort that will integrate state‐of‐the‐art additive manufacturing and mathematical models for investigating new and existing HTEs in tubular molten salt heat exchangers. The experimental effort will build upon our previous work in the integral measurements of heat transfer and pressure drop in heat transfer enhanced tubes through the integration of additively manufactured tubes. The computational effort will involve state‐of‐the‐art computational fluid dynamics (CFD) tools such as the Department of Energy’s Nek5000 code for predicting integral and whole field information in the HTEs. The results of this work will: (1) expand the design space information (pressure drop & heat transfer) of the selected heat transfer enhancement, (2) integrate additive manufacturing of plastic components and set the foundation for metallic additive manufactured parts, (3) validate methodology for using computational fluid dynamics to predict integral behavior of the selected HTE and (4) provide the foundation for future CFD investigations of additional HTEs made possible through additive manufacturing.

Twisted tape inserts are commonly used for heat transfer enhancement in fusion applications. Although these devices have been extensively studied, existing correlations relating friction factor to Reynolds number and system geometry are applicable only for tight-fitting inserts and cannot account for system roughness and fouling. In this work, we examine pressure losses in twisted tapes of various twist ratios using both a typical twisted tape correlation and a newer formulation that incorporates conventional channel flow correlations. We study flows down to a Reynolds number of 4000 and find that the channel flow treatment predicts experimental outcomes well for turbulent conditions, like those expected in the ITER divertor. For calculations at low Reynolds numbers (expected during start-up and show-down of the divertor), we propose that channel flow correlations be merged with twisted tape correlations. This new, merged correlation is seen to be applicable across all Reynolds numbers observed, although it predicts small divergences among tape pitches at low Reynolds numbers that are not clearly reflected in our experimental data. Experimental and legacy data show that conventional channel flow friction factor correlations can be used under this formulation for pressure drop predictions at Reynolds number above 15 000. We suggest the use of this twisting channel treatment for loose-fitting inserts and systems in which fouling and roughness may be of concern, allowing existing straight channel models to be used for twisted tape pressure drop calculations.

Lane B. Carasik, Huhu Wang and Yassin A. Hassan