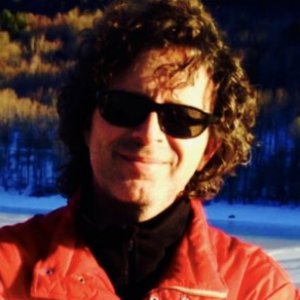 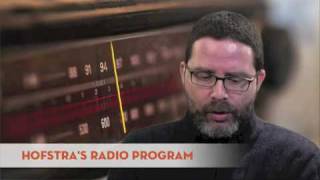 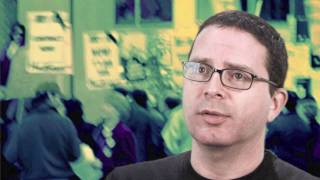 Mario A. Murillo is a professor in the Department of Radio, Television, Film at the Lawrence Herbert School of Communication at Hofstra University. He teaches courses in radio journalism and documentary production, media studies, and Latin American studies, among other subjects. As a journalist, radio documentarian, writer and researcher, he has focused much of his attention on the cultural and social role public interest, community-oriented radio plays in local and national contexts, and considers citizen’s media to be a fundamental tool of cultural affirmation, artistic expression, civic engagement, and political participation, all of which are the underlying themes of his current project, the manuscript Voices of Resistance: Indigenous Media and the Struggle for Social Justice in Colombia.

He has worked in commercial, public, community, and university radio for over 28 years in various creative capacities. An award-winning radio feature reporter and documentary producer, he has reported regularly for NPR's Latino USA as its New York correspondent, NPR’s All Things Considered, and Pacifica Network News, among other outlets. Currently, he serves as executive producer of Morning Wake Up Call, the public affairs news/talk program heard on WRHU 88.7FM.

He is the author of Colombia and the United States: War, Unrest and Destabilization (Seven Stories, 2004), and Islands of Resistance: Puerto Rico, Vieques and U.S. Policy (Seven Stories, 2001). He has written about Latino culture, immigration, indigenous issues, community media, Latin American affairs, human rights and U.S. foreign policy for many years, his articles and essays published in academic journals, edited collections, newspapers, websites and popular magazines in the U.S. and abroad.

In 2008-2009, Mario spent six months in Colombia, as a Fulbright Scholar, where he worked in the Communication Department of the Universidad Pontifícia La Javeriana in Bogotá, alongside its radio station Javeriana Estereo.

In July 1999 and August 2000, he served as visiting professor at the School of Communication at the Autonomous University of Asunción in Paraguay, where he taught radio journalism classes.

In Colombia, voters have rejected a peace agreement between the government and the nation’s largest rebel group in a shocking turn of events that threatens to prolong the nation’s 52-year-old civil war. By a razor-thin vote of 50.2 to 49.8 percent, Colombians rejected the peace deal hammered out with the FARC guerrilla movement and signed just days ago by President Juan Manuel Santos. It was a stunning upset for a referendum that was expected to pass overwhelmingly. We speak to Mario Murillo, a longtime Colombian activist and author of 'Colombia and the United States: War, Unrest, and Destabilization...'

Mario Murillo: "It’s an incredible moment in Colombian history, given the long-standing nature of this conflict. And it is indeed the beginning of the end of the military conflict between the government and the FARC rebels. It is not necessarily the end of the war, and that’s one thing that we have to be very cautious about, because it’s going to be a long process of implementation and of also securing the many different points of the agenda, which is—it was almost a four-year process that took place. They were discussing a whole set of issues that are clearly not going to be resolved overnight, and that people have to remain really vigilant to make sure that they are indeed followed up on."

Over 100 community leaders and organizers were personally invited to attend the five-hour summit that was also open to the public. The morning began with opening remarks from Slutsky, co-director of Hofstra’s Center for Civic Engagement Mario Murillo, Lawrence Levy of the National Center for Suburban Studies, and Patrick Young of CARECEN...

Activists and Journalists Struggle to Make Colombia’s War Visible in the U.S.

“If you check the news, before 9/11, Colombia was widely covered,” says Mario Murillo, radio producer, author of the book ‘Colombia and the United States: War, Unrest and Destabilization’, and professor of radio, television and film at Hofstra University. “But after 9/11, the coverage dropped.” Murillo remembers that former U.S. Secretary of State Colin Powell was set to travel to Colombia before the Sept. 11 attacks to talk about a peace agreement between the Colombian Government and the FARC, but had to fly to Washington because of the attacks. Since then, the news media have focused more on Afghanistan and the Middle East. “The White House has an enormous power to determine the news agenda,” Murillo explains.

Colombian Indians Stand Up to Violence

"The level of organization and commitment that the communities have, and how much they resist all external threats to their land, is a clear example of strength," said Mario Murillo, a Hofstra University professor who is writing a book on Colombia's indigenous communities. "But it also points up the challenges they face, surrounded as they are by forces that pose a severe threat."

NACLA Report on the Americas

The 2008 Indigenous and Popular Minga in Colombia: Civil Resistance and Alternative Communication Practices

Prof. Murillo writes: "The word minga comes from the indigenous Quechua language of the Andean region, and refers to a collective work effort whereby everybody in the community commits all their resources and time to achieve a common objective..."

Embattled Cauca: A New Wave of Violence and Indigenous Resistance

NACLA Report on the Americas

July/August 2009 Prof. Murillo writes, "December 16 was not a day of joy for Aida Quilcue and her family. While most Colombians were kicking off the first night of La Novena, the traditional nine-day countdown to Christmas, [she] was grieving yet another day of violence in her community, this time striking her own family."